Colliers' alleged girlfriend Cecily Steinmetz exposed the cop on Facebook about being involved with multiple women. 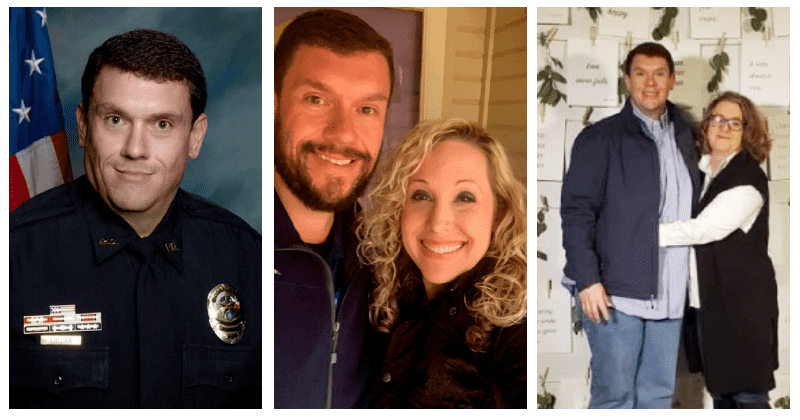 A married Texas police chief was found to be cheating on multiple women at the same after he was exposed by one of his ex-girlfriends on Facebook. After compiling the many accusations against the Stinnett chief of police, Jason Collier, it came to light that he was married to a woman, five women thought they were engaged to him, while he had affairs with at least seven other women. Collier, who's also an ordained minister, is married with four kids. He is currently married to Opal Collier with whom he shared two kids. He also has two kids with his ex-wife, reported The Sun. Collier's love life unraveled after Colliers' alleged girlfriend Cecily Steinmetz posted about her engagement to the police chief on Facebook. She soon got a message from another woman named Kristi Shaffer, who told her that he had proposed to her as well. After doing a little digging, she found an anniversary message to his wife Opal on Facebook, along with a picture of the pair.

Cecily Steinmetz exposed the Texas police chief on Facebook and accused him of having another wife, and a girlfriend while dating her. "Chief Jason Collier is living a double/triple life. I was his girlfriend until yesterday. He lied to me and presented me with fake annulment documents when I found out he was married. I also found out about a 2nd girlfriend, Kristi, last night. He has lied to us, our children, and asked us both to marry him," posted 39-year-old Steinmetz, on January 26. "He is a poor representative of your town. He would also visit me in Amarillo when he was on shift. We just returned from a vacation in Taos on Sunday, meanwhile, his other girlfriend was told he was on work assignment in Portland." Collier's Facebook page disappeared shortly after Steinmetz exposed him. He was also found to be active in dating apps.

Since Steinmetz posted the story about Jason Collier, many women, coming forward claiming they were duped by the police chief as well. Collier was sent on administrative leave initially before he resigned from his job. He was then arrested on Thursday for allegedly faking an annulment document to trick Steinmetz into believing they would get married. He had sent her the image of his reported annulment on Instagram. He was released after his bond was posted. “Collier allegedly sent a text message to the victim with a fraudulent government record attached. The document was a fraudulent marriage annulment,” said Public Safety Sergeant Cindy Barkley in a statement.

One of my friends randomly shared the original post about #JasonCollier on Facebook earlier today and I’ve been going down the rabbit hole ever since then. pic.twitter.com/NISnbHF9Hm

Steinmetz had also checked with the 108th District Court about the annulment and found out there was no such record filed there. "He was like, ‘Well, you know, I’ll get you the annulment,’ and he’s like, ‘Just hold on.’ I was like, ‘Okay, you know, let me see it then,’ and he sent that to me. And I told him, I said, ‘Well, I’m not going to take this at face value,” the 39-year-old told KACR. 108th District judge Doug Woodburn confirmed the record was falsified and didn't exist. “No match exists either under that name or cause number. Our cause numbers are completely different… My court is followed by the letter E. It’s a fake.”

Heard of #JasonCollier ? A former Chief of Police for a small town in #Texas his fiancee found he had a wife...and then another fiancee.. and that is where our story begins.

I made an infographic to break it all down...

Shortly after news of multiple affairs surfaced, he sent a video apology to Steinmetz from his cop car. “Hey. Sorry. I just feel like the biggest piece of s**t. Sorry. I didn’t mean to hide anything or lie to you. Sorry. I’m so sorry. Please, I just want you to forgive me. I’m sorry. I’m sorry,” he said in the video, which was also posted online by Steinmetz. Many on Facebook also started the #jasoncollierchallenge, where they posted pictures with their husbands and asked if anyone else was married to him.