Having exhausted all legal avenues to stay in the United States, the officer's mother is required to leave the country on January 2. 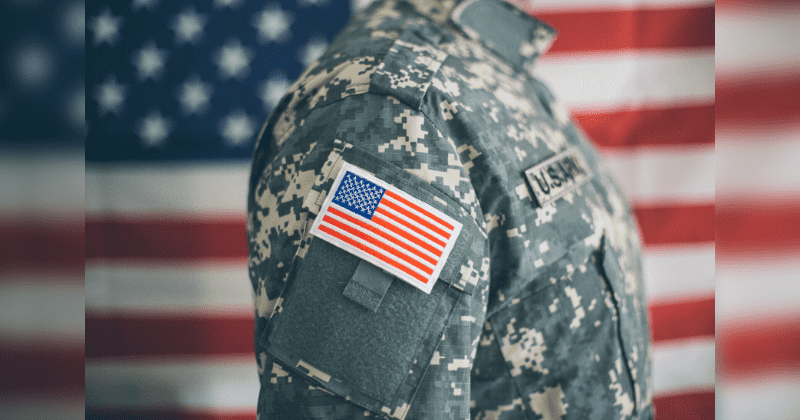 At first glance, the scene at the Cruz home last week could pass for just another family holiday reunion. The little ones played out in the yard with their uncle—an Army intelligence officer who had returned home that morning—while their grandmother doted over her youngest grandchild. However, the laughter that echoed inside the house could only do so much to hide the pain that lay heavy in the air. While the nation reveled in the holiday season, the Cruz family was anxiously holding their breath for what would come after. The deportation of the family matriarch Rocio Rebollar Gomez.

According to The San Diego Union-Tribune, having exhausted all legal avenues to stay in the United States, 50-year-old Rocio Rebollar Gomez is required to leave the country on January 2. Despite having no other options in sight, she is waiting for a miracle which she hopes and prays will come before Immigration and Customs Enforcement makes her leave behind her loved ones and return to Acapulco, her hometown in Mexico. "The only gift that we want this year is for grandma to be here," she said in Spanish.

A San Diego woman was hoping her son's military background would stop her deportation. https://t.co/xyy1z2K9Yg

For now, she has 3 days with her son 2nd Lt. Gibram Cruz, 30, who flew in from his post in Arizona to spend time with his mother before she is deported. He arrived Thursday morning at the San Diego airport where he was greeted by a swarm of hugs and tears from his family. "I’m here essentially to say goodbye to my mom," he said. Having had to return on Sunday, Cruz couldn't even stay back to celebrate his mother's birthday on December 29 with his loved ones. Since the process for intelligence officers to get permission to travel outside the U.S. for personal reasons is long and complicated, Cruz doesn't know when—if at all he can—visit his mother after her deportation.

This WHOLE administration must PAY in SPADES!!! https://t.co/WCbAck1I0S

Rebollar Gomez has tried many avenues to avoid deportation. Although she'd hoped to find success with a special program that protects family members of U.S. military personnel while they serve, the program is discretionary and her request was denied earlier this month by the U.S. Citizenship and Immigration Services. She was then informed by ICE that she'd have to leave the country in January.

When asked about the case, ICE said, "The immigration laws of the United States allow an alien to pursue relief from removal; however, once they have exhausted all due process and appeals, they remain subject to a final order of removal from an immigration judge and that order must be carried out." For now, the Cruz family's hopes lie with Rebollar Gomez's attorney, Tessa Cabrera, who has asked ICE for discretion, and several members of Congress have reassured the family that they would do the same. However, at the moment, ICE is maintaining its order that the family matriarch must leave.

THIS IS TRUMP: 'How cruel! How cruel!' — Rep. Lacy Clay tore into this Trump official for sending deportation orders to families with critically ill infants pic.twitter.com/o8gzP5tToh

"Right now the case is in ICE’s hands. We’re waiting for a miracle. There’s not more that I can do as an attorney to help her," said Cabrera. Although she doesn't have a criminal history, Rebollar Gomez' case is made complicated by her immigration history. Having first arrived in the U.S. in 1988, she was sent back to Mexico while pregnant with her youngest daughter in the mid-90s. She crossed the border illegally once again to get to her two children in the U.S. and was removed twice again in the mid-2000s.

🚨🚨🚨 The House just passed a spending bill that will fuel Trump’s cruel detention and deportation force and grant Customs and Border Protection an additional $1.37 billion dollars for a border wall. pic.twitter.com/nzUq4W1qcH

Cruz—who was in high school at the time—still remembers immigration officers taking his mother away from their family home on a Saturday morning. He'd become homeless in the process. But his mother came back every time and she slowly pieced their life back together. When it came time to choose a college, Cruz gave up a dream of going to law school to enlist in the Army in the hopes that this gesture would convince the country to let his mother stay. When Rebollar Gomez was detained again by ICE in 2018, just as her son's four years were up, he decided to take a commission and remain in the military.

The United States forged this deportation pact with Guatemala largely in secret and is working to implement similar agreements with the governments of such balmy destinations as Honduras and El Salvador and, if the US gets its way, Mexico and Panama. https://t.co/tgAQFEBCe1

"I joined to serve the country and keep my family safe. Now, I’m facing dangers here on my home front," said Cruz. The family fears of what might happen to Rebollar Gomez if she returns to Acapulco. Cartel violence has overtaken the city which, in 2018, had the third-highest number of homicides in Mexico and the highest homicide rate of the country's 10 most violent cities. Rebollar Gomez’s family has already been impacted by this violence with her brother having been abducted by a cartel. Despite paying thousands of dollars in extortion money for his return, they never even got to see his body.

US Immigration and Customs Enforcement (ICE) is paying nearly double the going rate to carry out “high-risk” deportation flights, largely because so many air charter companies refuse to do business with the agency.https://t.co/E5H3AXWweu

Now, with Rebollar Gomez’s ties to the U.S. and the military, the family worries she'd be in great danger in Acapulco. "She would be an easy paycheck for them. How am I supposed to keep her safe?" Cruz asked. However, his mother has no regrets. "It’s worth it. The life of our children is worth it. All the sacrifices are worth it. When you see your children here, well, studying, and you look back, you see it was worth it," she said.