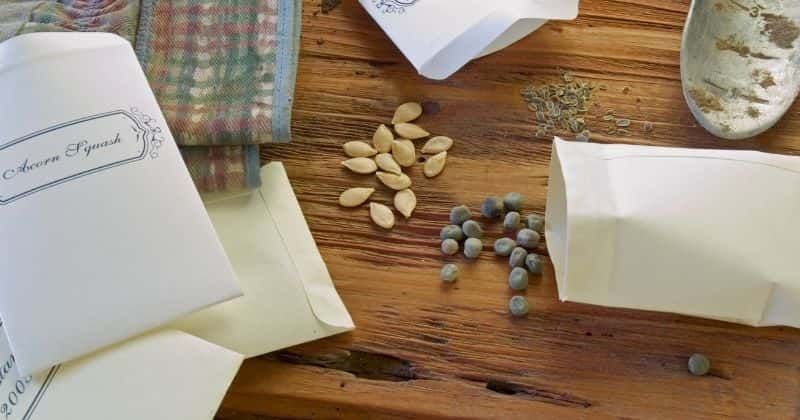 The US Department of Agriculture have warned people getting mysterious packages filled with seeds from China. They have warned citizens against planting the seeds in fear that it could be an invasive species that destroys local vegetation and plant life. But Doyle Crenshaw from Arkansaw got the warning a tad too late. He ended up planting a package of white seeds which he recieved two months ago on his property. Crenshaw, who is from Boonville, told WLTV, "We brought them down here and planted the seeds just to see what would happen."

He added, "Every two weeks I’d come by and put miracle grow on it and they just started growing like crazy." Now, it has grown into a plant with big green bushy leaves similar to climbers of the squash plant and a long white vegetable. It also had yellow flowers that are also seen in the squash plant. According to 5News, Crenshaw also got something else in the package along with the seeds. "The package said it was from China and said 'studded earrings' on the outside, and we thought that was a little odd," he said. The Arkansas Department of Agriculture went to check Crenshaw's plants once he informed local authorities about it.

A federal agency said it had identified 14 types of plants from unsolicited packages of seeds that appeared to have been mailed from China, revealing a “mix of ornamental, fruit and vegetable, herb and weed species.” https://t.co/Au3zuN11bv

The department plans on removing the plant. They have described it as "unknown large white fruit with orange flowers, resembling a squash plant." Scott Bray from the Arkansas Department of Agriculture said, "Our concern is from an invasive pest aspect, these seeds could introduce an invasive weed, or an invasive insect pest or a plant disease." After removing it, the department will also conduct an investigation and an analysis of the plant and the fruit got from Crenshaw's farm. The department has asked anyone with such a package to immediately contact them and hand over its contents to them. According to CBS, residents of all the 50 states have reported receiving similar packages.

Remember those mysterious seeds from China? And how everyone was warned not to plant them? Yeah. Well, Doyle Crenshaw from Booneville, Arkansas, just couldn't help himself: https://t.co/kjj5dmmoSt

Osama El-Lissy for the US Agricultural Department's Animal and Plant Health Inspection Service noted that most of the packages they have managed to get so far contain seeds of mustard, cabbage and morning glory. Others include seeds of herbs with a likeness to mint, sage, rosemary and lavender as well as hibiscus and roses. No harmful varieites have been found so far but the government is not taking any chances. In Virginia, agriculture officials have warned, "Invasive species wreak havoc on the environment, displace or destroy native plants and insects and severely damage crops. Taking steps to prevent their introduction is the most effective method of reducing both the risk of invasive species infestations and the cost to control and mitigate those infestations."

Hundreds of Americans planted the ‘Chinese mystery seeds‘ that have been turning up randomly in the mail…some even ate them. https://t.co/u9w3lNGEGH

The Texas Department of Agriculture stated, "It could be a bacteria. It could be another virus, some kind of invasive species." A circular from the US Department of Agriculture added that it was "aware that people across the country have received suspicious, unsolicited packages of seed that appear to be coming from China" and its "Animal and Plant Health Inspection Service (APHIS) is working closely with the Department of Homeland Security’s Customs and Border Protection, other federal agencies, and State departments of agriculture to investigate the situation." In addition, they said, "At this time, we don’t have any evidence indicating this is something other than a “brushing scam” where people receive unsolicited items from a seller who then posts false customer reviews to boost sales."

She's been getting unsolicited seeds in the mail at least twice a week since mid-July. Nobody in Indiana has reported receiving as many seed packets as McCreery.

The answers we got from the USDA — on @WISH_TV at 5 & 6. pic.twitter.com/mHQISXsnhO

It stated further, "USDA is currently collecting seed packages from recipients and will test their contents and determine if they contain anything that could be of concern to U.S. agriculture or the environment."