trending celebrity people lifestyle news animals
Anthony Hopkins, 83, Was Asleep In Bed When He Won Best Actor At The Oscars

Anthony Hopkins, 83, Was Asleep In Bed When He Won Best Actor At The Oscars

Hopkins was in his hometown, Wales when won Best Actor at Sunday's 93rd Academy Awards for his role in 'The Father'. 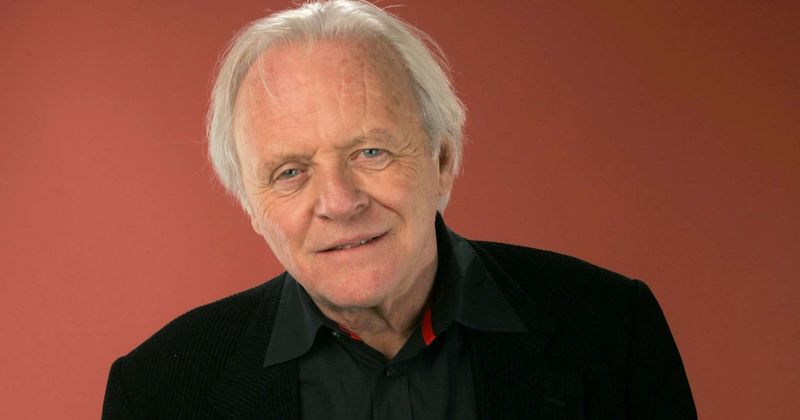 Anthony Hopkins is a legend and icon in the world of cinema. The 83-year-old has unsurprisingly won the Oscar once before, and now he has bagged his second, for his role as a man with dementia in The Father. He beat out fellow nominees Riz Ahmed (Sound of Metal), Chadwick Boseman (Ma Rainey's Black Bottom), Gary Oldman (Mank), and Steven Yeun (Minari). That's not all, he also broke a record. The veteran actor made history by becoming the oldest person to win an Academy Award for acting, according to the BBC.

Hopkins won the Best Actor honor at Sunday's 93rd Academy Awards but did not accept the award at the time for a very relatable reason. The Silence of the Lambs star had recently returned to his native Wales and was asleep at the time and had no idea he'd won what was the final award of the evening, reports PEOPLE. Joaquin Phoenix who was also the presenter at the ceremony, and who won the category last year for his performance in Joker, accepted the award on behalf of Hopkins.

Joaquin Phoenix: And the Oscar goes to.... Anthony Hopkins

Hopkins posted a video on social media on Monday and shared his thoughts on receiving the award. He said, "Here I am in my homeland in Wales and 83 years of age. I did not expect to get this award. I really didn't and am very grateful to the academy and thank you." The Welsh actor went on to pay tribute to Chadwick Boseman, whom he said had been "taken from us far too early." Boseman starred in Ma Rainey's Black Bottom. The Black Panther actor died in August at age 43.

As for Hopkins, this was his sixth Oscar nomination. The star has been nominated for Silence, The Father, The Remains of the Day, Nixon, The Two Popes, and Amistad. He won his first statuette at the 64th Academy Awards for his legendary performance cannibalistic serial killer Dr. Hannibal Lecter in the 1992 psychological thriller The Silence of the Lambs opposite Oscar winner Jodie Foster.

In his most recent role, he played an 80-year-old man with dementia who refuses the caregivers that his daughter Anne (Olivia Colman) introduced him to. Sony Pictures Classics’ Co-President Michael Barker said that film had done well despite concerns. "We were concerned about that for the longest period of time, however, over the last few months, there were many Academy members who had seen the movie on the Academy’s platform," he said according to Deadline. "There was also a huge turnout in Toronto for the movie and many festivals allowed people to see the film virtually. We sensed there was a huge number of people gravitating toward the film." He added, "The Father is very powerful on both big screens and small; we’re lucky to have this kind of film."

Anthony Hopkins received the best actor award at the #Oscars on Sunday for his towering performance as a London patriarch struggling with dementia in the drama “The Father.” Hopkins, 83, is now the oldest actor to ever win an Oscar. https://t.co/C807d2YFNp

It's interesting to note that the legendary actor was never big about the awards circuit. In 2012 when his film Hitchcock was getting Oscar buzz, he told the Huffington Post, "Having to be nice to people and to be charming and flirting with them…oh, come on! People go out of their way to flatter the nominating body and I think it’s kind of disgusting. That’s always been against my nature," said Hopkins. "People groveling around and kissing the backsides of famous producers and all that. It makes me want to throw up, it really does."

He agreed with the fact that the work should speak for itself. "You know, kissing the backside of the authorities that can make or break it; I can’t stand all that. I find it nauseating to watch and I think it’s disgusting to behold. People groveling around and kissing the backsides of famous producers and all that. It makes me want to throw up, it really does. It's sick-making. I’ve seen it so many times. I saw it fairly recently, last year. Some great producer-mogul and everyone kisses this guy’s backside. I think, "What are they doing? Don’t they have any self-respect?" I wanted to say, 'Fuck off.'"

The actor doesn't mince when it comes to expressing how he feels. But it looks like his work and talent are being appreciated for the right reasons.