Pet owners choose to give up animals during this time of the year as they are overcome with the stress of the holidays. 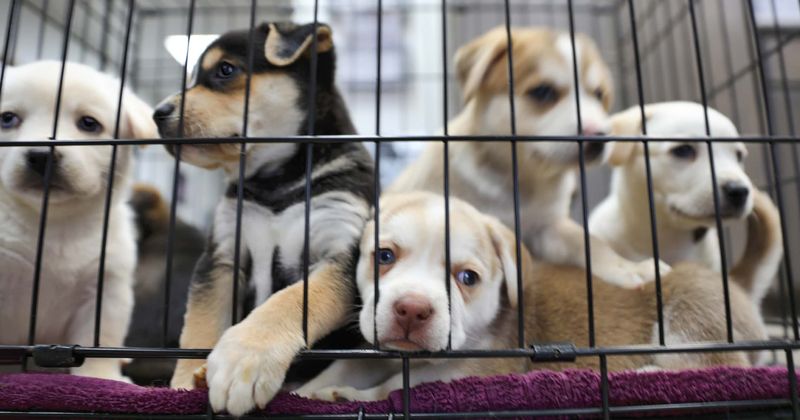 While scrolling through Instagram the other day, I came across a heartwarming video of a little boy who'd been surprised with a little puppy for the holidays. His parents had made his longtime dream of having a furry pal in his life come true during the special occasion and the joy was quite evident on the ecstatic lad's face. "What a nice way to make the holidays extra special for him," I thought, my heart filling up warmth at the thought of helpless animals finding their forever homes during this season of giving. However, as it turns out, in reality, animal shelters are experiencing a rise in the number of animals dropped off during this time of the year.

Speaking to CBS-affiliate WKRG, shelter manager for Loving Heart Animal Shelter, Lisa Hughes said, "Having to come back to the shelter is not necessarily fun for them. They kind of feel like they’ve done something wrong when usually it’s just a situation at home." According to the publication, a number of animal shelters see an increase of drop-offs and surrenders during the holiday season; a phenomenon experts believe is caused by stress and lack of planning.

Sandy Fogarasi with Loving Heart Animal Shelter and Lisa Huges of Almost Home Humane Society claims pet owners choose to give up animals during this time of the year as they are overcome with the stress of the holidays. "People are stressed, people are overwhelmed, and they get to their breaking point in the holiday season. So they decide the first thing and the easiest thing they think to eliminate is to get rid of the pets so they don’t have that, that’s one responsibility they don’t have anymore," said Fogarasi. Even animals who were recently adopted from shelters are sent back as many parents realize a bit too late that they aren't ready to make such a big commitment.

"Unfortunately we’ve had returns already from the ones that were adopted out prior to Christmas. They get the older dogs and then go home with their kids and realize their a little too powerful and rambunctious with the kids," said Hughes. Although it wouldn't be possible to entirely stop this trend, with proper planning and introductions between family members and prospective pets, experts believe adoption can be made easier and long-lasting.

"Definitely do meet and greets. Bring the family in. The dogs can interact with them and see how they’re doing," said Hughes. Meanwhile, an intensive adoption process—like the one by Loving Heart Animal Shelter—could also help in this scenario. Fogarasi makes sure prospective pet parents are able to facilitate a home visit, vet checks, and references before adopting an animal from her shelter. "We really make sure that we’re not putting that dog in that house that’s the right fit for the dog," she said. Fogarasi added, "Get through the holidays, get through the busyness. Adopting a dog or taking a dog in is a lifetime commitment if you can’t make that lifetime commitment, then you shouldn’t do it."