Angelina ended up filing for divorce in September 2016 after two years of marriage. 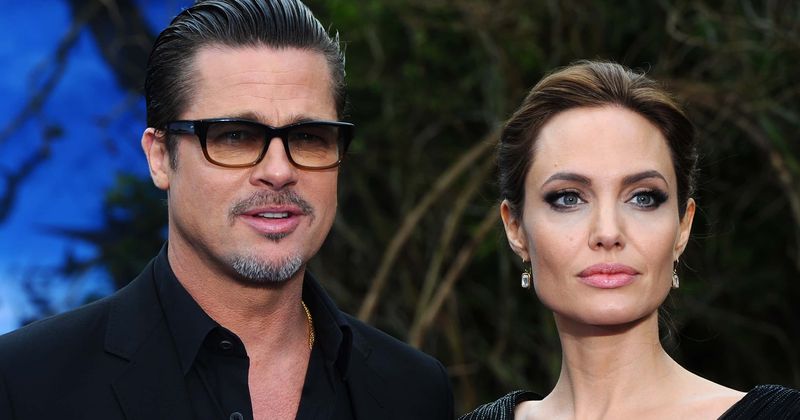 Brad Pitt and Angelina Jolie had been embroiled in a lengthy custody battle which finally reached a verdict recently. The court awarded Brad Pitt joint custody of the former couple's children and Angelina Jolie is not pleased. According to Us Weekly, the 45-year-old is “bitterly disappointed” after Judge John Ouderkirk ruled in favor of her ex-husband, 57, earlier this month. “Angelina’s testimony lacked credibility,” a source said. “The decision was based on extensive testimonies from people who spent time with the kids and by highly respected professionals.” The source added that the actress will never forgive him and added that she will use “everything she’s got” to appeal the arrangement. “She maintains it’s far from over and still believes that justice will prevail.”

Once upon a time everyone's favourite couple. https://t.co/8SU5moyUQx

In court documents filed on May 24, her legal team alleged that “Judge Ouderkirk denied Ms. Jolie a fair trial, improperly excluding her evidence relevant to the children’s health, safety, and welfare, evidence critical to making her case.” As the current ruling is only tentative, Brad Pitt is aware that Jolie will appeal, “but he’s done letting her call the shots,” the first source adds. “He wishes Angie no harm. His door is open if she wants to be civil.” A separate source previously told Entertainment Tonight that "All Brad ever wanted was to have joint custody of his children and he is relieved that the court ruled in his favor. This is a huge deal given the prior arrangement with the children. Brad can’t wait to spend more time with them. He’s incredibly happy."

Based on Jolie's most recent filing, the actress claimed that the judge has "refused to hear the minor teenagers' input as to their experiences, needs, or wishes as to their custody fate." The "tentative order and ruling" are "still subject to the statement of decision process."  Pitt's lawyers responded in the docs stating, "Ouderkirk has conducted an extensive proceeding over the past six months in a thorough, fair manner and reached a tentative ruling and order after hearing from experts and percipient witnesses." Pitt's filing claimed that the judge found Jolie's testimony "lacked credibility in many important areas, and the existing custody order between the parties must be modified, per Mr. Pitt’s request, in the best interests of the children," the docs show.

Angelina Jolie claims she is "bitterly disappointed" over the judge's ruling in favor of Brad Pitt 🤔https://t.co/AH1sLdG7CR

The actors first met in 2003 on the set of Mr. & Mrs. Smith and dated a few years later. They got engaged in 2012, married in 2014, and split in 2016.They have been battling it out in court since their September 2016 split. They share six children: Maddox, 19, Pax, 17, Zahara, 16, Shiloh, 15, and twins Knox and Vivienne, 12. In an interview with British Vogue back in February, the actress said “The past few years have been pretty hard. I’ve been focusing on healing our family. It’s slowly coming back, like the ice melting and the blood returning to my body. I’m not there yet. But I hope to be. I’m planning on it.”

Jolie was the one to file for divorce from Pitt in 2016 alleging that the latter threatened to attack one of his children while he was intoxicated.  The actor allegedly got “verbally abusive” and “physical” with one of his children with Angelina Jolie on the couple’s private plane while their other kids were present. Pitt has admitted to alcohol addiction in the past. A source close to Pitt told PEOPLE at the time, “He takes the matter very seriously and says he did not commit any abuse of his children. It’s unfortunate that people involved are continuing to present him in the worst possible light.” Pitt was later cleared of abuse allegations by the LA County Department of Children and Family Services. During the announcement of their split, Jolie said, “This decision was made for the health of the family.”