The icon was cast in her first-ever film at the age of 17 and has gone on to establish herself as an actress of incredible caliber over the past 75 years. 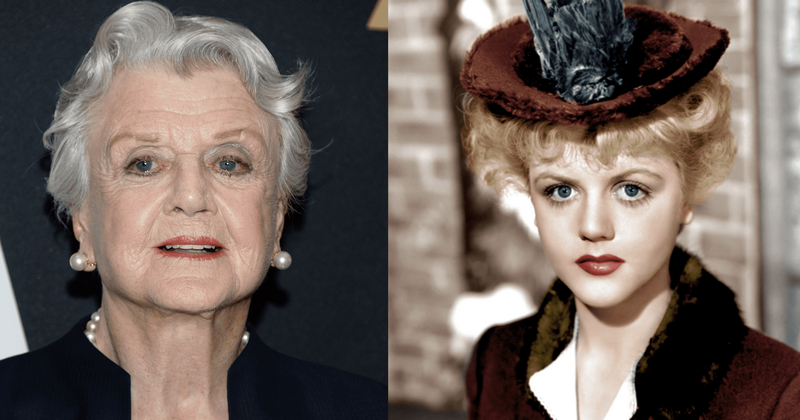 Angela Lansbury was only 17 years old when she walked into her first movie set. Although she had no prior experience in the industry and was starring alongside Hollywood bigshots of the likes of Ingrid Bergman, Charles Boyer, and Joseph Cotten, the young cast member held her own with the utmost professionalism. It's a trait that's earned her much praise over the course of her illustrious career, and one she upholds to this day, her 75th year of being an actress. As Lansbury celebrates her 94th birthday on October 16, her contributions to the craft and her impeccable grace shine brighter than ever.

Lansbury made her entry into the world of acting through the 1944 psychological-thriller Gaslight. According to Variety, during the pre-production phase of the film, MGM was facing some trouble finding the right person to play the role of the sullen but flirtatious maid, Nancy, when co-scripter John Van Druten suggested the teenage daughter of British theater actress Moyna MacGill. He'd seen something in her and his intuition turned out to be right on the mark when Lansbury aced the screen test and was cast in her first film role four days later.

Happy 94th Birthday to one of the greatest actresses of all time and a glorious human being, the incomparable Oscar and 5-time Tony Award-winner, Dame Angela Lansbury! Here’s to many healthy years & great roles to come! Brava!

We hope you know how beloved and tressured you are. pic.twitter.com/kaRwo260s3

Praising Lansbury in the book On Cukor, Gaslight director George Cukor said, "This is a Cinderella story. On the first day of shooting, even though she was only 17 and had no experience, she was immediately professional. She became this little housemaid — even her face seemed to change. Suddenly, I was watching real movie acting." The actress left such a great impression on the filmmakers with her impressive demeanor and acting skills that it earned her an MGM contract and her first Oscar nomination. Her second nomination came soon after for her work in The Picture of Dorian Gray, establishing her place in the industry.

Angela Lansbury with Charles Boyer and Ingrid Bergman on the set of GASLIGHT ('44) #SummerUnderTheStars #LetsMovie pic.twitter.com/rToxovqrbF

Lansbury had already earned a reputation as a character actress by the time she was in her 20s and her ability to play middle-aged women made her a much sought-after star. She portrayed the mother of 26-year-old Elvis Presley's character Chad Gates in Blue Hawaii at the age of 36 and the following year, played the mother of Laurence Harvey's Raymond Shaw in The Manchurian Candidate. Although she was only 3 years older than him at the time, Lansbury's depictions of cold ambition and scary mother-love were so chilling that it earned her a third Oscar nomination.

Never has a card game seemed so threatening! Angela Lansbury in THE MANCHURIAN CANDIDATE ('62). #TCMFF pic.twitter.com/CH2OcZP299

The actress' career took a turn in 1966 when she ventured into Broadway and wowed critics with her portrayal of a musical-comedy performer in Mame. The theatre stage offered the star a wider range of roles than the subsidiary ones Hollywood had been casting her in, providing Lansbury the opportunity to push her limits. The actress did just that over the next 5 decades, leaving the theatre audience in awe through her portrayal of Mama Rose in Gypsy, the killer Mrs. Lovett in Stephen Sondheim's Sweeney Todd, Gertrude in Albert Finney's Hamlet, and more. She returned to the stage as frequently as she could amid her TV and film work, most recently doing so in a 2015 West End revival of Blithe Spirit.

The legendary actress's widest acclaim, however, came from the TV drama series Murder, She Wrote which debuted in 1984 and ran for 12 years. Her character in the show, Jessica Fletcher, remains the one she's identified the most with although it only tapped into a fraction of her talent. Lansbury’s intelligence, integrity, and warmth propelled the show into fame and it is impossible to even imagine someone else portraying the character.

#OnThisDay Angela Lansbury, Jessica B Fletcher from Murder She Wrote and Mrs Potts from Beauty and the Beast, celebrates her 94th birthday pic.twitter.com/DJXH07mNoT