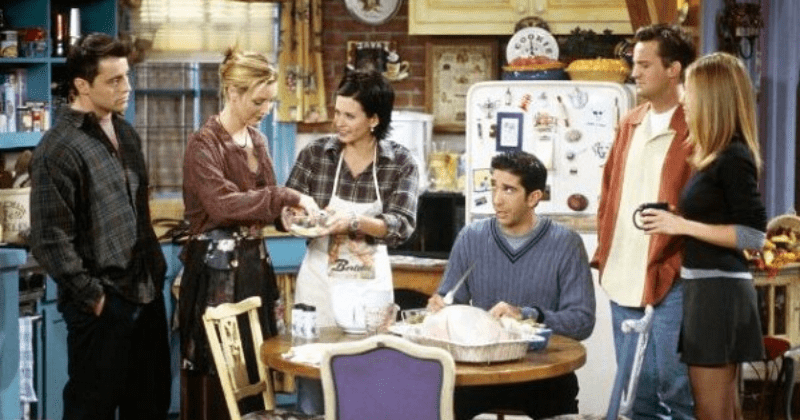 Even if the world ends, F.R.I.E.N.D.S. the TV show related content will never stop and Ross Geller's "PIVOT" will be echoing into outer space. Now, fans of the show have yet another treat waiting for them. In spite of the show ending over 15 years ago, it is something people all around the world are still in love with it. After the F.R.I.E.N.D.S. Reunion was announced last year, fans have been patiently waiting for the new content to drop on HBO Max which will be launched soon. The reunion, however, has been postponed due to the coronavirus outbreak. For now, they will be happy to hear that there is now a F.R.I.E.N.D.S.-themed cookbook that has officially been announced.

Titled Friends the Official Cookbook, it will contain over 90 recipes inspired by the six lead characters of the iconic sitcom. The book is being written by Amanda Nicole Yee and is set to be released on September 22 of this year, reported PEOPLE. The show had a lot of episodes that revolved around food including Joey's memorable dialogue, "Joey doesn't share food," which means there are high expectations from the book. We will also be able to tell what kind of chef Monica was and get a taste of the elaborate Thanksgiving spread she treated her lucky friends to, for ourselves. Most importantly, we will finally be able to experience the infamous but curious  Rachel Green's English Trifle. Was Joey onto something or are we going to throw it out, as the others did?

The recipes will include starters and main dishes to desserts and drinks as well. That means we can also bake Phoebe's grandmother's cookies and prepare Joey's beloved Meatball Sub. Will it be as good to save when people are shooting at it...or err...your best friend? All these and many more recipes will have step-by-step instructions so anyone can make the dishes. Rachel would have appreciated it muchly. The book is already available for pre-order on Amazon for $29.99. The official description of the book reads, Celebrate your love for one of the most iconic television series of all time with Friends: The Official Cookbook!

It goes on to state, Gather your friends and prepare to say “How you doin'?” to more than fifty recipes inspired by the beloved hit sitcom. Whether you’re a seasoned chef like Monica Geller, just starting a catering business like Phoebe Buffay, or a regular old food enthusiast like Joey Tribbiani, Friends: The Official Cookbook offers a variety of recipes for chefs of all levels. From appetizers to main courses and from drinks to desserts, each chapter includes iconic treats such as Monica's Friendsgiving Feast, Rachel's Trifle, Just for Joey Fries, Chandler's "Milk You Can Chew," Phoebe's Grandmother's Cookies, and of course, The Moist Maker. Complete with more than seventy recipes and beautiful full-color photography, this charming cookbook is both a helpful companion for home cooks and fun homage to the show that’s always been there for you.

The book includes dozens of dishes that were featured in the show – from Phoebe's faceless foods to the gang's classic Friendsgiving feast.https://t.co/AyonXaf10U

The author, Amanda Yee is penning this cookbook for the 16 year anniversary of the show coming to an end. Yee is a Chinese, Norwegian, and African-American expatriate chef from Oakland, California, living in Copenhagen, Denmark. She has worked extensively in critically acclaimed Californian and Danish restaurants. She also operates a community-based supper club called Five & Dime. Yee also happened to be the assistant and sous chef to chef Bryant Terry who is the recipient of the James Beard award. So the cookbook is in the good hands of an expert who will surely bring in her diverse culinary experiences to the book.