Following a gastric bypass surgery, Slaton has dropped a lot of pounds 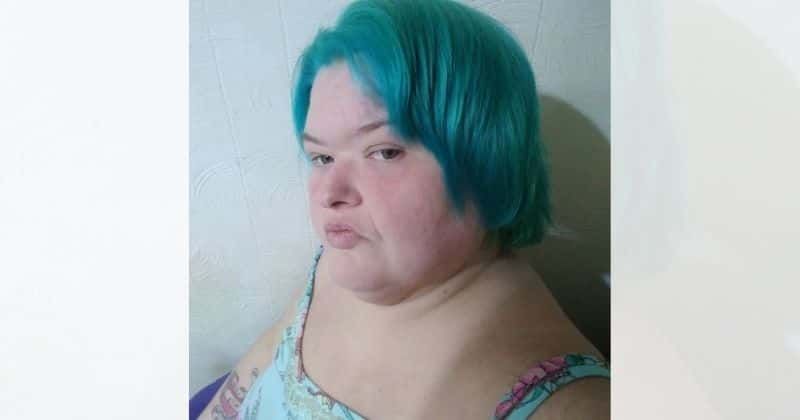 Amy Slaton of 1000-Lb Sisters shared a heartwarming set of pictures with her family — her husband, Micheal Halterman, and baby boy — in a pool along with a few friends. Slaton was seen having considerably lost a lot of weight. But more than anything else, she looked visibly happy with her baby boy, Gage, on his first pool visit two days ago. Slaton was so overjoyed she put out six sets of pictures of the pool visit. In one post, she combined two pictures, an old one with the words "5xl" and another from the one pool with the words "xl." The sizes are in reference to the bikini sizes she wore. She captioned the picture: A lot has changed. It sure has, since Slaton underwent a gastric bypass surgery that resulted in massive weight loss reports The Blast.

The pictures were liked 40,000 times and were warmly received by many of her over 200,000 Instagram followers. One named Erin wrote: Go amy your doing so well!!! I can see it now one day you and tammy will be running around the beach and park with gage and maybe his little brother or sister (if you and michael decide to have another baby). Another named vals.world added That's amazing. And the best part is you look so much happier❤️.

In another set, she put up pictures of herself in a bikini while posing with her friend. She captioned it thus: Gage 1st time swimming and we spending time with my besties. Slaton captioned another set of pictures with simply a date: April 16, 2021. Most of it showed Slaton and her son enjoying their time in the pool.

However, one particular picture is adorable and it appears to be a family portrait. Slaton, her husband, and her son look right into the camera. Many of Slaton's followers called Gage cute. cag0928_commented: That little face is too cute. Amy you should get him swimming lessons for real, so that he won't be scared. You'll be throwing him in the water so he can swim in his own. They love it. realilb wrote: He looks just like his dad he’s a mini me so cute. A third called Slaton a "beautiful" person. They stated: You are such a beautiful person Amy. Funny, kind... Gage is a gorgeous happy little boy. It’s a joy to see you and your family. x.

Another set of pictures taken just before they went to the pool had some heartwarming pictures of the three of them together looking like one happy family. The reactions to this post were also immense. One follower named larrinss wrote: It’s very very beautiful to see that happy face, you’ve always been very happy girl. From what I’ve seen on YouTube , but this happiness. It’s different , the glow you have when you’re with Cage, beautiful!  eyeshidelies said: If Michael Halterman didnt shit that baby out 😂 all that hard work and he looks like his dad 100%. Love the pics Amy, baby Gage is precious.