Their marriage broke down eventually and the 'Little People' couple got divorced in 2015 after 27 years. 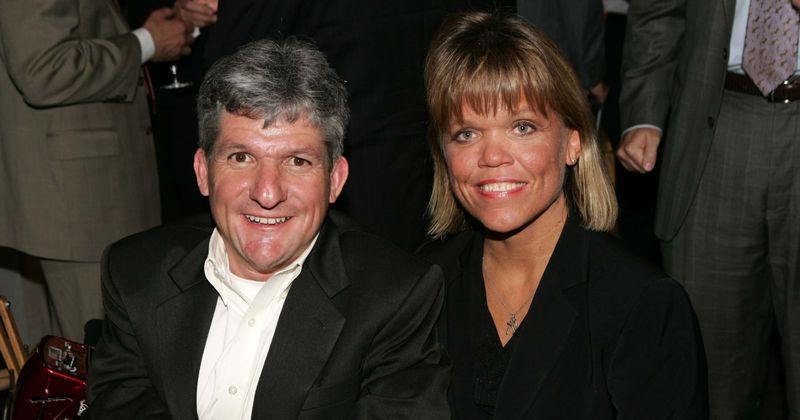 As fans of the show Little People, already know... Amy Roloff is happily engaged to Chris Marek. But not long before did she experience a devastating blow to her previous relationship. Amy and Matt Roloff had been married for 27 years before calling it quits in 2015. The Roloffs have four children: Molly, Jacob, and twins Jeremy and Zach. Zach, like Amy, also has achondroplasia, while the other three children are average height. Together, Amy and Matt owned the Roloff farms in Oregon, but Amy finally decided to move out of the home, away from her ex-husband. She's looking to start a new chapter in her life with Chris Marek.

So what caused their marriage to deteriorate? According to Good House Keeping, In 2007, only a year after their reality TV show premiered, Matt noted his differences from Amy in his book Little Family, Big Values: Lessons in Love, Respect and Understanding for Families of Any Size. He wrote: While Amy puts commitment at or near the top of her list, I would put it further down. Amy tends to be more of a committed-to-a-fault kind of person, while I see most commitments — with some very notable exceptions — as flexible and negotiable.

Nearly a decade later, in 2018, Amy hinted that her ex-husband's relationship with his current girlfriend and former Roloff Farms employee, Caryn Chandler, may have contributed to their eventual divorce. "I have to take a little moment to process this. It will always be difficult for me," Amy said talking about Caryn and Matt's relationship. "It takes everything I have not to bring up that past baggage and apply what’s happening now."

What unfolded in the years between were rough patches between the couple. "People say marriage is work, how much work can it possibly be? At what point is it too much work?" Matt once asked. He moved his things to the guest house on Roloff farms. "I am saddened by it. We don’t have a plan as far as how we are going to work this out so it’s not going to be easy," she reportedly said at the time. But things didn't get better and in 2014 they announced that they were separating.

Matt and Caryn have officially been together since March 2017. The pair frequently go to Arizona together to visit her family and enjoy the house that the two bought together. In her autobiography A Little Me, Amy opened up about her ex's relationship. "Then it dawned on me. Matt and our farm manager, who had been working for us a number of years by then, seemed to have more than just a working relationship or friendship ... I saw messages, pictures, and other things that should not have been shared between people who just worked together and were still married to other people. I was devastated," she said, according to GoodHouseKeeping.

Matte reacted to how he was perceived in her book. "I did get a chance to read the book and, you know, I was disappointed ... I didn't think the book was really fair to me," Matt said while appearing on the podcast First Class Fatherhood. "I thought there was some disingenuous nature to the book, which surprised me because Amy is a pretty genuine person typically. But I think she left out some pretty major parts of her life that would have thrown a little more balance into the whole story."

Amy stood by her claim when promoting her book in a Facebook Live, saying, "I think when you start looking before you’re separated in marriage, that is hard. When you become involved or much more than just a friend, but you become more in a relationship than just say 'Hey, hi friend, lets go out for coffees' type of thing, I think that can be hard on the other person as well." Nevertheless, the couple may be on different paths from when they started, but seem to be in a happier place with different people. Amy is planning to get married to fiance Chris Marek, who proposed in 2019. They intend to get married in the summer of 2021.

As we reported earlier, Chris and Amy got engaged in September of last year at a restaurant the pair had frequented since their first anniversary. “I’m excited, I’m so surprised, I’m thrilled!” Amy said. “I never in a million years thought I’d be getting married again, but I also hoped for it! Now that it’s happening, I couldn’t be happier or more excited.” In a TLC clip from June 2017, Roloff never thought she'd find love in someone who was of average height. “I just never thought someone who is average size would be interested in me,” she was heard saying. “I just really want him to never question or doubt the relationship because I’m a little person.”