trending celebrity people lifestyle news animals
Amy Roloff Is Not Living With Fiancé After Moving Out Of Family Farm: "...He Still Has His House"

Amy Roloff Is Not Living With Fiancé After Moving Out Of Family Farm: "...He Still Has His House"

Amy Roloff moved into her own home for the first time in 30 years. 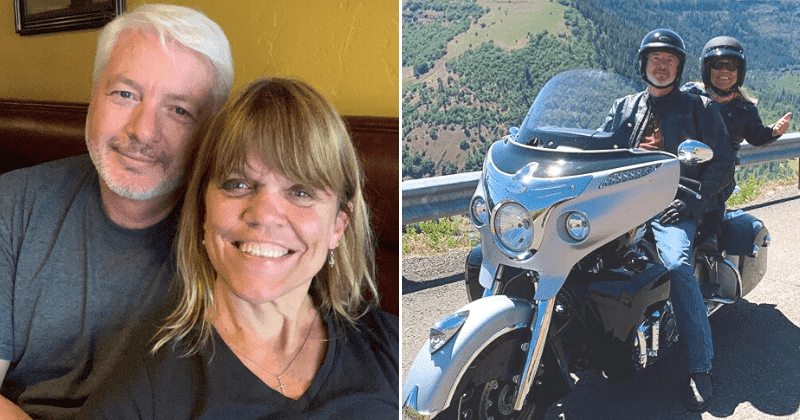 Amy Roloff is in no hurry to "settle down" just yet! The Little People Big World​ star got engaged​ to Chris Marek last year and she couldn't have been happier. But the 55-year-old is taking her time to take the relationship to the next level. We reported​ that Amy Roloff had left Roloff Farms earlier this year. Amy and ex-husband Matt Roloff had been married for 27 years before calling it quits in 2015. They had owned the Roloff farms in Oregon together. The former couple has four children: Molly, Jacob, and fraternal twins Jeremy and Zach. Zach, like Amy, also has achondroplasia, while the other three children are average height. This is the first time in 30 years the reality star has a house of her own so she's working on her own space before allowing fiance Chris to move in permanently.

During an Instagram Live, Amy revealed that she's not planning to move in with Chris yet, saying, "No, we’re not living together full time. He is over about four days and three nights, or something like that. We definitely hang out. But he still has his house."​According to TVshowsace, during an episode of the TLC show, she said, "Last night, we had talked about living together and when that would all happen. I think I am very good with, you know, moving in with him while we’re engaged, planning for a wedding, and a marriage. But for right now, I’ve got 30 years of stuff to move. I mean, I’d like to get all settled in with the furniture or whatever furniture and stuff, and then [have him] move in and stuff like that." She had also shared that she wants to "relish in the fact" that the house is hers.

Just a week ago, she shared a photograph of her partner working on their soon-to-be home. The picture on Instagram​​ shows Chris laying some tiles in the yard​. She captioned the picture: Caught him in action! 😳. Chris has been working so hard on getting a lot of projects done around the house for us. I’m so proud of him and can’t thank him enough. Love you babe! 😊💙. #houseprojects #storyofamyrandchrism #loveourbackyard #workinghard #lovehim💙 #thanks​.

In an episode of LPBW in December 2016 Roloff talked about how she hit it off with Marek. “I’m having a good time,” she said. “You know, I had a couple of pool parties. I had, like, 40 people here. No, I probably had, like, 50 people here. Then this guy Chris that I met, he came to the party, too. We got to talking and he invited me to go on a motorcycle ride. Oh, I’m having a ball!” Roloff never thought she'd find love in someone who was of average height. “I just never thought someone who is average size would be interested in me,” she was heard saying. “I just really want him to never question or doubt the relationship because I’m a little person.”

The couple plan to get married sometime in 2021. At the time of their engagement, Roloff told PEOPLE, “Even though I’m divorced, I still value and will hold up high the whole concept, the reason, the purpose that marriage is here. And if by chance I get to do that again, I would still put everything that I can, as best as I can, to make it work. Chris doesn’t express commitment. It’s definitely more of an indirect way, so, you know, I was pleasantly surprised that he is open to marriage,” she added. “I’m not here to push him, I’m not here for him to do something that he is nowhere [near] ready for. But if marriage is meant to happen for me again, the second time, then I would sing ‘Hallelujah.'”