Hester McCardell Ford from Charlotte, North Carolina lived through 12 presidential administrations and both the World Wars. 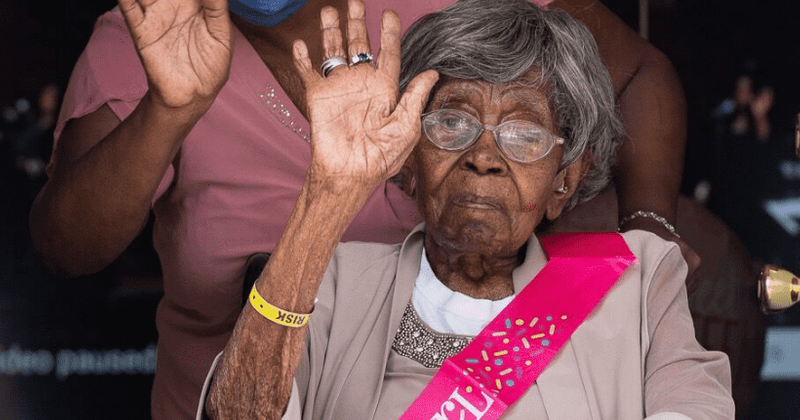 The oldest living American has died just a few months short of her 116 birthday. Hester McCardell Ford, who was born during the time of Teddy Roosevelt in 1905 and lived through 12 presidential administrations, was from Charlotte, North Carolina. Her offsprings spanned 12 children, 48 grandchildren as well as 108 great-great grandkids and 120 great-great-great grandkids, reports Daily Mail. Ford died at her family home where she had been staying since 1953 when she moved in with her husband. She was 115 years and 245 days old, according to the Gerontology Research Group (GRG). The oldest American, Sarah Knauss, was born on September 24, 1880, and died in December 1999, at 119 years, 97 days. An official statement from Ford's family read: "...She was the seed that sprouted leaves and branches which is now our family."

Ford was born on a farm in Lancaster County and worked as a cotton picker. She got married when she was just 14 years old. She also worked as a nanny for two families in Myers Park for 20 years and had been living in the same house in the Dalebrook neighborhood. One of the first Macedonia Baptist Church Ford members, Ford, has lived through two global pandemics, the 1918 influenza pandemic, and the COVID-19 pandemic. The only other time before her death she was taken to a hospital was when was 108 years old. She suffered a fall in her bathtub that led to bruised ribs. She had been living alone all this while. Following the accident, family members insisted on moving in with her.

What an extraordinary person. It’s a talent to live to be that old, and surely she was stronger than most of us. Truly an inspiration of her strength as an individual

"God saw fit to make her the matriarch of our family and blessed us to be her caretakers and recipients of her legacy. Her light shined beyond her local area and she lived beyond a century with memories containing the real-life experience of over 100 years. She not only represented the advancement of our family but of the Black African American race and culture in our country. She was a reminder of how far we have come as people on this earth," the statement added. On her 115th birthday, Ford's family members organized a small celebration. The drive-by party (due to COVID-19 restrictions) was attended by her well-wishers was covered by the media. Up until the last years of her life, she enjoyed short walks and the outdoors, took a breakfast of half a banana, and attended the same church every week diligently for decades.

The centenarian also enjoyed listening to gospel music and looking through family albums while sitting in her recliner. "She has been celebrated all over the world by local governments, community leaders, social media, foreign dignities, and Presidents as a cherished jewel of society for holding the honor of being the oldest living person in America," the statement said. Robert D. Young, director of the GRG’s supercentenarian research and database division, told the Observer Sunday, “The reality is, Hester Ford’s age, even at 115, still made her the last known American born before 1906. When you consider that she was a mother of a WWII-era veteran ... it really puts into perspective: This was one of our last living links to an era that is nearly bygone.”

"Although she has passed, her legacy and memory will continue to live on through her family and everyone she has touched to make the world a better place for generations to come...As we pause from our day-to-day activities let us reflect on how far we have come and where we are aspiring to go in the name and legacy of Mother Hester McCardell Ford," the family statement concluded.