British model Cara, 27, Amber, 34, and the CEO of SpaceX Elon, 48, allegedly got together in 2016 at Johnny Depp's downtown LA penthouse 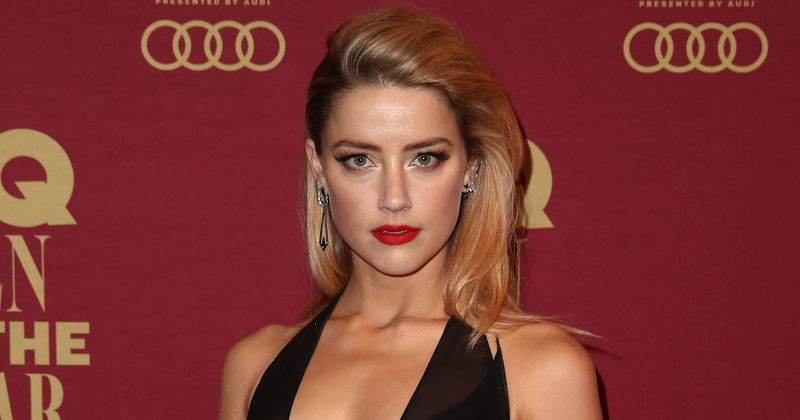 Johnny Depp's $50 million defamation suit is getting "messier." A new deposition from a friend and former neighbor revealed that Elon Musk, Cara Delevingne, and Amber Heard hooked up at Depp’s LA penthouse in late 2016 following Heard and Depp’s split. The pair divorced in May 2016. DailyMail has since then obtained an image of a woman closely resembling Delevingne riding the private elevator to Depp's penthouse around that time. A concierge boss said of the trio in a deposition, "I saw them going up and down the elevator over and over again. They were pressing the button over and over again and then they couldn't figure out how to get back up, so they took the stairs." Depp "hasn’t ruled out" serving Delevingne with a subpoena to see if she has any useful information about his ex-wife. "Cara could also be compelled to give evidence by either party,. It's definitely a possibility. Almost anything can happen in this case," said an insider. The 57-year-old Oscar nominee has already filed papers demanding that Elon Musk and actor James Franco turn over any conversations they had with Heard around the time of their split.

Depp’s $50 million defamation suit against Heard was spurred by her Washington Post op-ed portraying herself as a survivor of domestic violence. In the December 2018 piece titled I spoke up against sexual violence — and faced our culture’s wrath. That has to change, Heard never mentioned Depp's name. Depp also sued the U.K. tabloid The Sun in 2018 for libel over a story that called the actor a "wife-beater." Heard filed for divorce in 2016 from the actor, citing "irreconcilable differences" and domestic abuse allegations against Depp. Depp's lawsuit  turned the tables on the Aquaman star, claiming, "Ms. Heard is not a victim of domestic abuse; she is a perpetrator." Depp called the allegations Heard made against him an "elaborate hoax to generate positive publicity" for herself and thereby advance her career as an actress. As we previously reported, many other celebrities came out in favor of Depp. Penélope Cruz and Winona Ryder defended the actor in his defamation lawsuit.

"I am aware of the violence allegations that have been made publicly for the last few years by Johnny Depp’s ex-wife Amber Heard," Winona Ryder wrote in court documents, which was first reported by The Blast. The Stranger Things actress dated Depp for four years and openly shared that Depp was "never abusive at all" during their relationship, which began in 1990 and ended in 1993. "I knew Johnny very well years ago. We were together as a couple for four years, and I counted him as my best friend, and as close to me as family. I count our relationship as one of the more significant relationships of my life. I understand that it is very important that I speak from my own experience," Ryder stated, adding, "I do not want to call anyone a liar but from my experience of Johnny, it is impossible to believe that such horrific allegations are true. I find it extremely upsetting knowing him as I do."  Penélope Cruz also backed Depp, whom she met first when she was 19. "Many years have passed and I have not only made 3 movies with him, but I also count on him as a great friend. I’ve always been impressed by his kindness, his brilliant mind, his talent, and his peculiar sense of humor," she wrote in the court documents.

Yet another audio recording of a conversation between Amber Heard and Johnny Depp has been obtained and made public by the Daily Mail, article and full audio available here: https://t.co/sOmkiPQxQK

Earlier this year, phone recordings of the former couple Johnny Depp and Amber Heard were released by the Daily Mail where the Aquaman actress is heard daring her ex-husband to "tell the world" that he was a victim of a physical assault "and see how many people believe you." The conversation was reportedly recorded by Depp after Heard filed for divorce and applied for a restraining order against him on grounds of abuse.  The two finally announced a $7 million divorce settlement out of court. Their marriage was "intensely passionate and at times volatile, but always bound by love," according to a joint statement issued on August 16, 2016. But things changed when Heard's op-ed piece was published, . and the bitter battle continues.