No one has been arrested or charged in connection with the incident as of now. 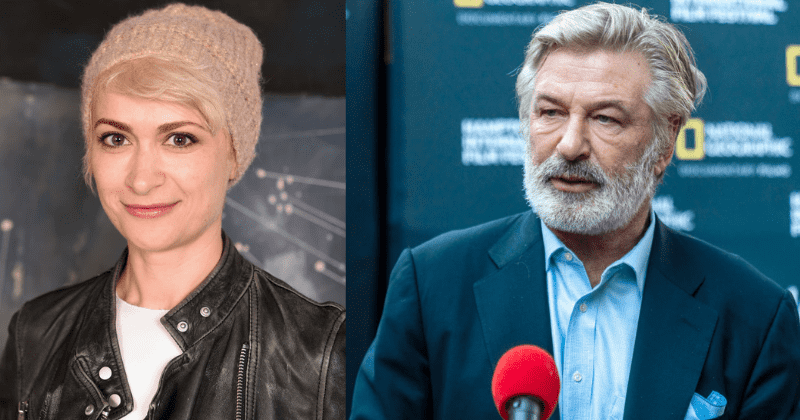 A prop gun fired by Alec Baldwin ended up killing cinematographer Halyna Hutchins and injuring director Joel Souza on the set of his latest film. The incident unfolded at the Bonanza Creek ranch outside of Santa Fe, New Mexico on Thursday, October 21. Authorities say that the 63-year-old actor discharged the weapon while the 19th Century western movie Rust was being filmed. Hutchins was fatally shot in the process and was flown to the University of New Mexico Hospital but she tragically succumbed to her injuries there. Meanwhile, the film's director was taken from the scene by an ambulance for emergency care. The 48-year-old has reportedly left the hospital following his treatment, but details of his injuries have not been disclosed.

Per Independent, Santa Fe County deputies arrived at the scene after receiving reports of a shooting at around 01:50 p.m. local time (19:50 GMT). The set, which is a crime scene right now, has been shut down. The Santa Fe County Sheriff’s office revealed both Hutchins and Souza were shot when Baldwin misfired a prop gun with blanks on the set of the movie, which is about an accidental killing. A spokesman for the sheriff's office revealed that Balwin has spoken to the detectives regarding the incident. "He came in voluntarily and he left the building after he finished his interviews," said the spokesman.

As for the deceased, 42-year-old Hutchins, she was from Ukraine. The director of photography for the 2020 film Archenemy grew up on a Soviet military base in the Arctic Circle and studied journalism in Kyiv, and film in Los Angeles, according to her personal website. She was a promising artist who was named a "rising star" by the American Cinematographer magazine back in 2019. Rust Movies Productions LLC, the production company of the film, expressed their sympathies for her tragic demise. "The entire cast and crew has been absolutely devastated by today’s tragedy, and we send our deepest condolences to Halyna’s family and loved ones," read the statement provided by the production's spokesperson.

Because most of the images linked to the tragic story on the set of ‘Rust’ are of Alec Baldwin, not the cinematographer, Halyna Hutchins, who lost her life today in such a tragic accident. Rest in Power. pic.twitter.com/n0nlJtJoRd

"We have halted production on the film for an undetermined period of time and are fully cooperating with the Santa Fe Police Department’s investigation," they said, adding that the company would also "be providing counseling services to everyone connected to the film as we work to process this awful event." The director of Archenemy, Adam Egypt Mortimer, posted a tweet in response to Hutchins' untimely death. "I'm so sad about losing Halyna. And so infuriated that this could happen on a set. She was a brilliant talent who was absolutely committed to art and to film. ❤

Halyna Hutchins last couple of posts showed how excited she was to be working on this Alec Baldwin western, and then it ends in tragedy. So sad 🙏🏾 #RIP pic.twitter.com/1ctrVQHUF5

The International Cinematographer's Guild described her death as "devastating news" and said that it was "a terrible loss." Guild president John Lindley and executive director Rebecca Rhine shared, "The details are unclear at this moment, but we are working to learn more, and we support a full investigation into this tragic event." Baldwin, who was the co-producer and actor in the film, was left distressed in the wake of the death. Balwin, who because infamous for his portrayal of Donald Trump on Saturday Night Live, was reportedly seen "in tears" by at least two members of the press in New Mexico.

BREAKING: A distraught Alec Baldwin, after he accidentally shot & killed the cinematographer on the set of his new movie, & wounded the writer-director. How on earth could this have happened?
Pics: Jim Weber ⁦@thenewmexican⁩ pic.twitter.com/xrvcheLaCK

No one has been arrested or charged in connection with the incident as of now. "This incident remains an active investigation. As more information becomes available, updates will be provided," said the sheriff’s department. Although such incidents of deaths while filming are rare, it has happened in the past. In 1993, 28-year-old Brandon Lee - the son of Bruce Lee - died on set after being accidentally shot with a prop gun while filming a death scene for the movie The Crow, reports BBC. Oftentimes, real guns are used while filming. However, they are loaded with blanks, where cartridges create a flash and a bang without discharging a projectile. In Brandon's case, a cartridge was lodged in the barrel when the gun was fired earlier. When the blank rounds were fired later, it was dislodged and released.