Kristian Alfonso Is Leaving 'Days Of Our Lives' After 37 Years

"I feel blessed and honored to have been invited into people's homes for over three decades," she said. 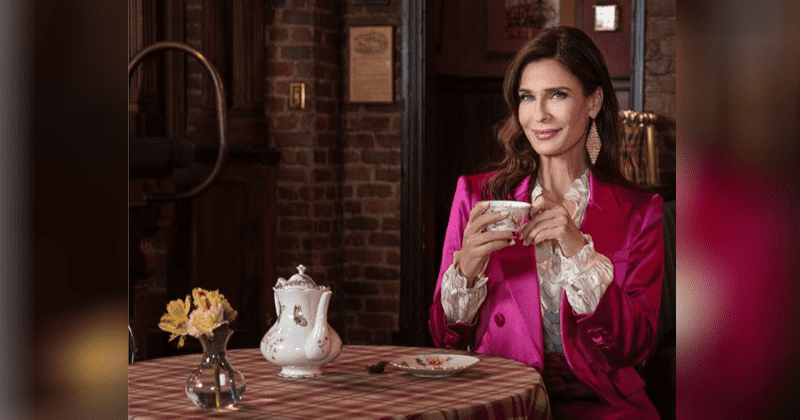 After almost 4 decades of soap opera magic, longtime showrunner Kristian Alfonso is bidding goodbye to Days of Our Lives. It has been 37 years since she made her first appearance and Alfonso finally revealed on social media that she will not be returning to the show when it resumes production on September 1st. "Days of Our Lives has been a vital part of both my personal and professional journey," Alfonso, 56, said according to Vulture. "I am forever grateful to NBC and the late Betty Corday, who took a chance on me many years ago and changed my life. I have built some lifelong friendships with my extraordinarily talented castmates."

"Days has one of the hardest working crews in all of television, many of whom have become part of my extended family. I feel blessed and honored to have been invited into people's homes for over three decades. However, it is now time for me to write my next chapter. I will not be returning to Days when it resumes production in September. I've already filmed my last episode several months ago. Finally — to the incredibly loyal fans of Days — many of you have been with me on this journey from the beginning. I cannot thank you enough for your generosity, love, and support. I could not have done it with YOU!!!!" Alfonso concluded.

Kristina Alfonso as Hope Brady on Days of Our Lives. I would watch it with at my grandma's house. That was one of her "stories." pic.twitter.com/yC5U3AXYzJ

Alfonso's role as Hope William Brady on the drama series pretty much made her career as she became a household name all over America. She first appeared as the character all the way back in 1983 where Peter Reckell plays her on-screen husband Bo. The pair received a special fan award at the 2002 Daytime Emmys for America's Favorite Couple. In this fan-favorite daytime time, we follow the lives, loves, trials, and challenges of the citizens of Salem. The series actually first appeared on the premier in 1965 and is currently in its 55th season, which is truly a mindblowing achievement.

Days of Our Lives is about to be Hope-less (via @toofab)https://t.co/Z8RCFozHBp

Back in November 2019, Days of Our Lives was officially renewed for season 56. The announcement came just after a new digital series, Last Blast Reunion was formally made public. This digital series will have nine cast members from the 2000 season of Days of Our Lives get together for a grand reunion. The cast includes Brandon Beemer (Shawn Brady), Martha Madison (Belle Black), Heather Lindell (Jan Spears), Aaron Van Wagner (Jason Welles), Nadia Bjorlin (Chloe Lane) and Lindsay Hollistar (Susan Adamson).

Kevin Lambert will be played by Chadwick Hopson after Brett Lawrence and Robert Benvenisti previously played that role. Teressa Liana on the other hand will play Mimi Lockhart, who was featured in the broadcast series by Farah Faith. Every single episode of Last Blast Reunion is said to be between seven and 10 minutes long. The series will premiere Nov. 29 on the exclusive DOOL App with new episodes being released every Thursday for the next seven weeks. DOOL has aired nearly every weekday since November 8, 1965, making it one of the longest-running scripted television programs in the world. Some of DOOL's most emphatic cast members include John Aniston, Susan Seaforth Hayes, Suzanne Rogers, Deidre Hall, Eileen Davidson, Alison Sweeney, Bill Hayes, and Chrishell Hartley.

The show had already been ahead of schedule on production, with episodes still airing with enough banked up to last until October, according to Deadline. Some of DOOL's milestones include airing its 10,000th episode on February 21, 2005, and also having its 12,000th episode aired on January 11, 2013. The soap was given the title of most daring drama in the seventies due to covering topics other soaps would not dare to cover. Since the cancellation of Passions in 2007, Days of Our Lives has been the only soap opera running on NBC.