Lovingly known as 'The People's Princess', Diana had a way of standing up for what she believed in and putting her foot down when she saw fit, and it appears as though she's passed on this trait to her granddaughter. 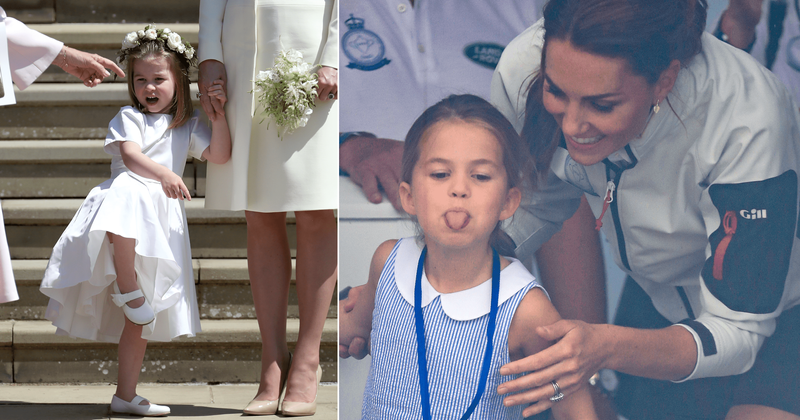 Prince William and Kate Middleton's second child and only daughter Princess Charlotte is a refreshing change from the prim and proper demeanor the royal family seems to favor. The adorable girl won hearts across the world from her very first public appearance and her popularity has only grown with time. Incredibly confident and ever ready to strike a silly pose for the cameras, little Charlotte's reputation of being the sassiest royal in the family is well deserved and makes us love her all the more.

The young Princess never shies away from letting her cheeky mischievous side and often reminds us of her late grandmother, the beloved Princess Diana. Lovingly known as 'The People's Princess,' Diana had a way of standing up for what she believed in and putting her foot down when she saw fit, and it appears as though she's passed on this trait to her granddaughter. On her way to the Church of St. Mary Magdalene on Christmas, Princess Charlotte had us all go "aww" when she refused to let go of a bunch of white roses that were given to her by an adorable six-year-old boy despite custom dictating that gifts be handed over to a royal aide.

In case you need more proof of just how much she resembles her late grandmother, here are 10 photographs of the adorable 4-year-old that show her fun rebellious side:

1. The time she told paparazzi "You're not coming" while leaving for afternoon tea following Prince Louis' christening.

According to Insider, the confident young Princess had a sassy message for photographers as she left her brother's christening in 2018. "You're not coming," she sternly told the photographers as her family headed to a private afternoon tea.

2. The time she struck a badass pose for the cameras on Prince Harry and Meghan Markle's wedding day.

3. The time she seemed unimpressed by everything happening around her after attending church on Christmas.

4. The time she had a brief shy moment while arriving for the first day of school but quickly reverted to her sassy self.

5. The time she did this when her mother wanted her to wave to the photographers.

6. The time she proved the double hand wave is the new royal wave.

7. The time she let the world know how she truly feels about weddings.

8. The time she cheekily stuck her tongue out at the paparazzi.

9. The time she embraced the attention and blessed the cameras with her best waves.

10. And all the times she stole our hearts for being just so damn cute!