Ken Osmond Who Played Eddie Haskell On 'Leave It to Beaver', Dies at 76

He died at his Los Angeles home surrounded by family members. 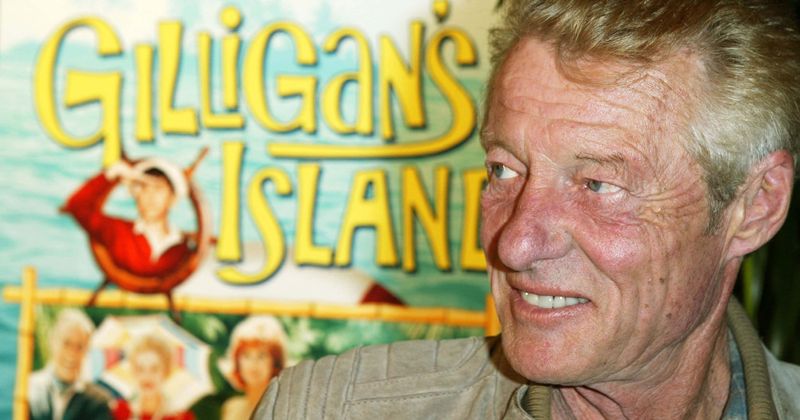 Ken Osmond, the actor best known for his role as troublemaker Eddie Haskell on Leave It to Beaver, has died. He was 76 years old. The news was confirmed by his rep Bonnie Vent to CNN. Osmond's former partner with the Los Angeles Police Department, Henry Lane, also confirmed that the actor died Monday morning at his home in the Los Angeles neighborhood of Shadow Hills, California. Lane said the actor had been unwell for some time and had suffered respiratory issues.  However, the cause of death is unknown. He is survived by his wife, Sandra, and two sons, Christian and Eric.

"Gee, Mrs. Cleaver..." After those 3 words, viewers knew bs was sure to follow. Oh, I absolutely adored that lovable sleazeball Eddie Haskell. Thanks to #KenOsmond's smart portrayal. He made Eddie Haskell a fan favorite. This iconic character & Ken will forever be with us. RIP🙏🏽 pic.twitter.com/dsLKT5Qywh

"He was an incredibly kind and wonderful father," his son Eric said in a statement. "He had his family gathered around him when he passed. He was loved and will be very missed." Leave It to Beaver star Jerry Mathers shared a tribute to his co-star on Twitter: I will greatly miss my lifelong friend Ken Osmond who I have known for over 63 years. I have always said that he was the best actor on our show because in real life his personality was so opposite of the character that he so brilliantly portrayed.

Condolences for the loss of your friend. Thank you for so many childhood memories. So happy to have had Eddie, Wally and the ever endearing Theodore “Beaver” Cleaver as my pals. pic.twitter.com/SdRmeImpZX

According to Variety, Osmond auditioned for the Eddie Haskell role in 1957. It was originally intended to be a guest appearance. But the people working on the show were so impressed with the actor's portrayal that he became a key character of the series throughout its six-season run of 234 episodes. The TV show ran from 1957 to 1963 and became a cult hit later.''Everyone knows an Eddie Haskell,'' Osmond told the Chicago Tribune in 1992. ''He's the guy who you can blame things on when they go wrong. The ironic thing about Beaver is that it was never a top 10 show during the original network run. It was just another family show that had enough fans to keep it on the air."

Ken Osmond helped to make "Leave it to be Beaver." His wise guy Eddie Haskell (a Woody Woodpecker fan) stirred up trouble & fun and only became a reoccurring role because of Ken's performance. Eddie Haskell is a big part of why the show lives on 50+ years later. R.I.P.#KenOsmond pic.twitter.com/md7yrMnso3

The actor also reprised the role a few times over the years. He was part of the sitcom sequel The New Leave It to Beaver from 1985 to 1986, Still the Beaver on TBS from 1986 to 1987, and the 1997 film Leave It to Beaver. Osmond also became a motorcycle cop with the Los Angeles Police Department, which was a dream of his since he was a child.  During the final years of the show, he was in the US Army Reserve in 1970. In 1980, he was involved in a shootout but was saved thanks to his bulletproof vest. After the incident, he was put on disability and retired by 1988.

So grateful for the grins he gave us on the show, and I will always honor his courage & bravery as a real-life cop in the LAPD. His heroic action under withering fire in the line of duty helped make Los Angeles a safer place.

The City of Angels thanks you, sir. <3 pic.twitter.com/v4mc5zADDy

He did pursue his acting career as well, even after the show ended. He appeared on Petticoat Junction, The Munsters and a return appearance on Lassie. He starred in feature films C’mon, Let’s Live a Little and  With Six You Get Eggroll but found himself typecast as Eddie Haskell. Osmond was just 14 when he was cast for the role.  "The poster child for sneaky, rotten kids everywhere, he was the reference point for cautious mothers to warn their children about," Jerry Mathers, who played Wally's younger brother Theodore "Beaver" Cleaver, wrote of Haskell in the foreword to Osmond's book, Eddie: The Life and Times of America's Preeminent Bad Boy, reports People.

EDDIE: THE LIFE AND TIMES OF AMERICA'S PREEMINENT BAD BOY by Ken Osmond ("Leave it to Beaver") and Christopher J Lynchhttps://t.co/QLNf4QsQmd pic.twitter.com/4xGLcE0tZo

In 2009, the late actor spoke of his life after Hollywood, spending many mornings at American Legion Post 520 in Sun Valley, California, in an interview with Los Angeles Daily News. "It's something structured for me. I love this place and the guys in it. It's a social club that does a lot of good work for other vets down on their luck or sick and lonely ones over at Sepulveda VA," Osmond shared. He admitted, "I like being retired," and raved about his children. "They're great kids, never get in any trouble like Eddie did," he told Los Angeles Daily News. Osmond explained it was because of his mother that he got in front of the screen. "I had a typical stage mother as a child. She had me dancing on stage before I was old enough to even have a memory of it. So when I started to do the TV show, it was just a way of life for me, just something to do. It wasn't enjoyable or distasteful. It was just there," Osmond said. Later, Osmond said he was proud of his now-iconic role, and many fans would agree. He will be sorely missed.