The government of New South Wales in Australia has proposed a new law to help domestic abuse victims and their animal companions. 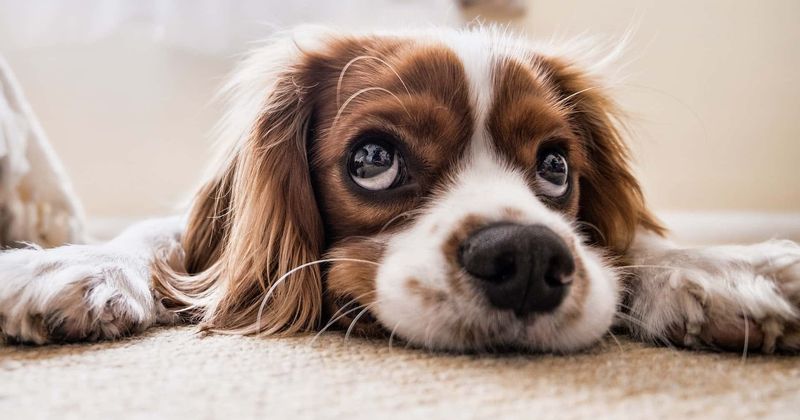 A new law proposed in Australia could lead to domestic violence charges against anyone caught abusing animals. This is possibly one of the most stringent punishments to be proposed by the government in the New South Wales (NSW) state. The measure is something that has been welcomed by animal welfare and rights activists in the country and the world at large. The law will also include heavy fines of $5,500 as well as imprisonment of up to six months. The state government has proposed some changes to its Crimes Act and Apprehended Domestic Violence Orders so that it could also include threatening and abusing animals as a crime. Mark Speakman, the Attorney-General, announced the proposed changes on Sunday. The definition of "intimidation" could also mean violence towards animals if the law is passed, according to a Daily Mail report.

While there are already laws protecting animals from abuse, adding it to the definition of domestic violence will further serve to protect animals. "This is an important step that will make it easier to respond to this vile form of abuse that seeks to terrorize victims and their much-loved animals," said Speakman in a statement. He also highlighted that animals and pets are often used and abused when settling scores after a failed or bitter relationship among couples. "Animal abuse in domestic violence settings can also delay victims leaving violent situations for fear of having their companion animals left unprotected with perpetrators," he added. So far, the state government has spent invested $500,000 in animal rehabilitation and care programs. Speakman has also launched the Pets and Animal Welfare Support (PAWS) Grants Program that funds animal shelters.

"These funds will enable refuges to become pet-friendly and to enhance the capacity of animal welfare services to provide temporary foster care for animals so women can leave violent homes without worrying their pet will be harmed," Speakman said. Delia Donovan is the interim chief executive of Domestic Violence NSW, a statewide representative body for specialist domestic and family violence services in the state. She said the new law would help in making a healthy home environment for families in the country. Donovan added, "Feedback from frontline workers indicates that domestic violence victim-survivors often disclose that perpetrators have threatened to harm or kill animals. Protecting animals from perpetrators will therefore continue to improve the safety of people experiencing domestic and family violence across NSW."

Steve Coleman, the CEO of the Royal Society for the Prevention of Cruelty to Animals, NSW, lauded the new law and the initiative taken by the government. "The RSPCA is really pleased to play our part in ensuring victims of domestic violence can escape an abusive home and know that their companion animal will be very well cared for by our dedicated staff," he said. Horrible cases of animal and pet abuse keep getting reported across the country with little consequences to its perpetrators. In February, we reported a case of a man in Emerton, near Sydney, who beat his dog with a hammer and caused him serious injuries such as a laceration on the animal's tongue and damage to the teeth.  Sadly, he did not serve any jail time for the cruelty. The 33-year-old beat his dog named Dwayne in his house.

He was also seen chasing him around his backyard with a weapon earlier in 2018. Despite the damage done, the owner refused to take the animal to the hospital. Ultimately, it was the Royal Society for the Prevention of Cruelty to Animals officials who got the dog out of the man's home and gave it medical attention. We reported another case of animal cruelty in Darwin where a man hacked a cow with an ax, cutting off its two legs before skinning its flesh. All this while the cow was still alive. The attacker was found guilty of animal cruelty charges. In yet another case of animal cruelty in Adelaide, a pet dog was put down because of its owner's negligence. The 22-year-old woman pleaded guilty in the Adelaide Magistrates Court for failing to take reasonable steps to avoid the neglect of her dog. We hope this new law will also be adopted in other states and across the country.

22yo Casey Goldner has been given a suspended sentence with a 2 year good behaviour bond after pleading guilty to chronic neglect of a 4yo dog, Butch last July. The Staffordshire Bull Terrier-X was seized by RSPCA severely emaciated & had to be euthanised. @9NewsAdel pic.twitter.com/mgv4636ZTr