A 27-year-old garnered support on a fundraising website by posting photos of her "cancer treatment", including her shaved head, on social media. 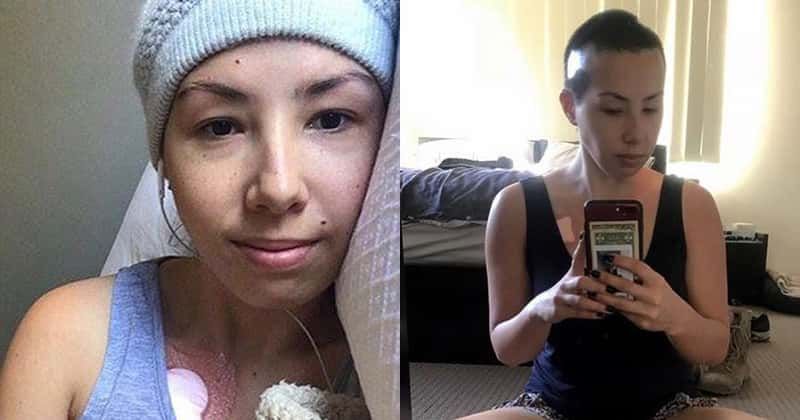 A 27-year-old woman in Queensland, Australia, has been charged with fraudulently raising money on GoFundMe claiming that it would be used to help treat her terminal cancer. Lucy Wieland was granted bail after she appeared in Townsville Magistrates Court charged with fraud in October 2018. According to The Daily Mail, Wieland earned over $55,000 by claiming that she needed the money to treat her stage 5 ovarian cancer.

A 27-year-old Douglas woman has been charged over an alleged fake cancer campaign, which netted more than $50,000 for Lucy Wieland who claimed she was dying from stage 5 ovarian cancer. https://t.co/zziGAryiK0 @AmeliaAdam1 #7News pic.twitter.com/QAm3k1f3vQ

Detective Inspector Chris Lawson told The Daily Mail that Wieland was arrested after detectives were tipped off by a member of the public. "It's always very concerning when people use the emotions of others to try and obtain money for themselves," he told reporters. "It's disheartening. The real victims here are the (people) in the community who have heard the stories (and) have tried to assist as best they can ... and given the money across in the honest belief that they are trying to help." No surprises here—Wieland did not actually suffer from any sort of cancer, and Lawson and other detectives are investigating what actually happened to the $55,000.

Cancer 'faker who shaved her head, shared hospital photos and claimed she had less than a year to live' is charged with fraud after 'pocketing $55,000 from kind-hearted strangers'https://t.co/phB9MgQkzl

Wieland's GoFundMe page is no longer active, and a blog that she had allegedly written to was also disabled. Wieland reportedly used social media to document her fraudulent illness, posting images to her Instagram account that appeared to show her wearing an oxygen mask, receiving intravenous medication and losing her hair. Wieland’s partner appears in some of the photos posted online, but it's unclear if he was complicit in the fraud. The Instagram account appears to have since been suspended. According to ABC, the court was told that Wieland's partner—a member of the Australian Defence Force—had become her full-time carer, but police would not speculate on whether he was aware of the alleged fraud.

Cancer 'faker who shaved her head, shared hospital photos and claimed she had less than a year to live' is charged with fraud after 'pocketing $55,000 from kind-hearted strangers' https://t.co/Fyj3P4Wx4c pic.twitter.com/P4NINrWoTz

Police prosecutor Rachel Todd opposed bail for Wieland, saying she had significantly breached the community's trust and that a "large amount of effort and complexity" had been put into the alleged ruse. But Magistrate Steven Mosh granted bail, saying while it was "an extraordinary set of circumstances", the 27-year-old had no criminal history and the risk to the community would be minimal. Wieland, who also allegedly had talked of plans to travel to Germany to receive further treatment, was ordered to surrender her passport to the police. GoFundMe said in a statement that Wieland’s campaign had been banned and money donated to it would be refunded, according to the BBC. But Lawson also urged social media users to “do a bit of due diligence and check” before donating to online crowdfunding campaigns to avoid being caught in a scam.