A nurse going by the handle @tangerinemic on TikTok posted a video that left many scratching their heads. 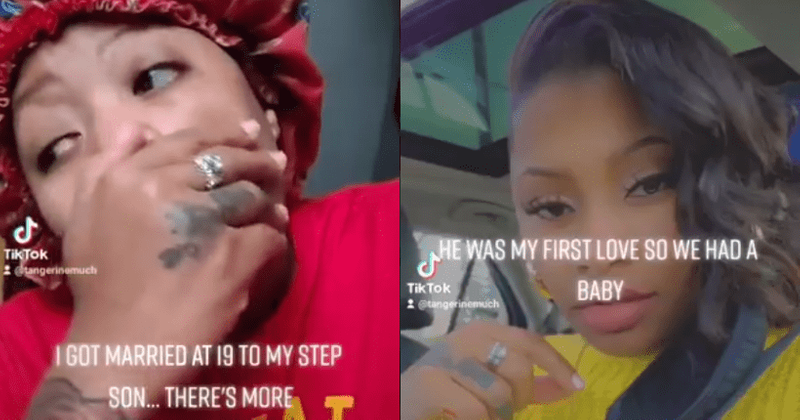 Some family relationships are extremely complicated. Take the case of this woman on TikTok whose video explaining that her youngest son is her "eldest son's uncle" left people scratching their heads. The nurse, who goes by the name @tangerinemuch on the video-sharing platform, shared the clip which was soon viewed millions of times. She said she got married at 19 to her stepson, reports The Sun. She explained: "He was my first love so we had a baby. Then he started cheating on me with my cousin. The only person I could think to talk to about it was his dad. His dad helped me get away, but at the same time, we fell in love. I got a divorce and his dad moved me to a condo."

She added, "I got pregnant and married my ex's (stepson) dad then found out he was cheating with my ex's new girlfriend. So I started cheating with my ex-husband (stepson), divorced the dad, and now my son is my oldest son's uncle." Rather than answering questions, it perplexed people even more. She made another video where she clarified the relationships but it didn't help. The first video was viewed over 1.6 million times and got over 100,000 likes and 12,000 comments. If all of this has left you frustrated trying to figure out what the woman was trying to say. Don't worry cause you're not alone. People expressed their supreme confusion. One person commented: "This is how confused I used to be on calculus tests." Another stated, "Trying to understand this...got my head hurting."

We recently wrote about another complicated relationship, in which a man recounted how he and his brother's wife used to be "friends with benefits" long before the two married. Writing on Reddit, the man stated, "Me (23M) and my brother's (26M) wife (23F) have known each other long before they started dating. We met in freshman year of college and almost immediately became friends with benefits, this went on for about 3 years maybe every other day. We weren't compatible at all so we never dated, just sex. During that time both of us have gotten into relationships but nothing serious so we didn't stop." The brother met his future wife at a party organized by the man and the two hit it off. The man and his brother's wife didn't speak about their relationship and kept it a secret even after their marriage.

"During that time they were dating, we didn't have sex at all out of respect for my brother." The secret came out when the married couple got drunker and the wife spilled the big secret. The husband was livid at both of them. In another example of complicated relationships, we wrote about a social media influencer from Russia who married her stepson. Marina Balmasheva raised her stepson for 13 years since he was seven years old. She divorced his father, after living with him for 10 years. Then she decided to marry Vladimir. Despite the 15-year age gap, they claimed to be in love. Balmasheva posted a before and after photo of her with Vladimir. It showed her with Vladimir when he was just seven-year-old. Another photo beside it showed her with him when he is 20 years old.