Six-Year-Old Child Arrested, Handcuffed For Throwing A Tantrum In School, Charged With Battery

A first-grader was arrested and taken to a juvenile detention center for "throwing a tantrum" at school. 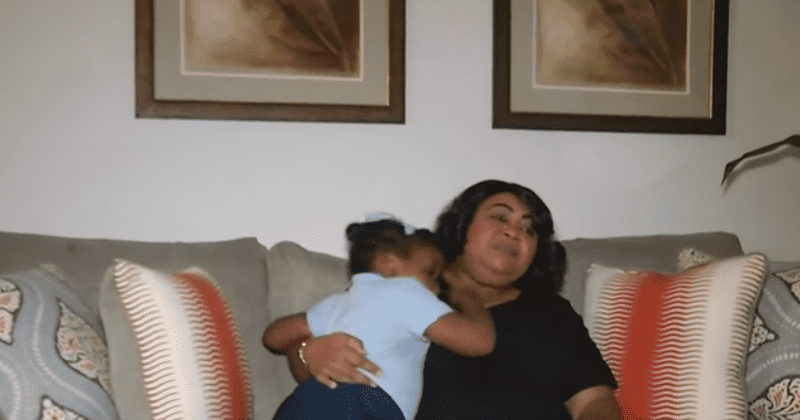 A six-year-old girl in Florida was reportedly arrested for "throwing a tantrum" at Lucious and Emma Nixon Elementary Charter School. The Orlando police officer who arrested the six-year-old, Kaia Rolle, as well as an 8-year-old child in an unrelated incident, will be subject to an internal investigation, the Orlando Police Department said. The young girl's grandmother, Meralyn Kirkland, told WLFA News that her granddaughter was taken to a juvenile detention center by a school resource officer. According to WFLA, a school employee grabbed the child's wrists, causing her to react and kick the employee's legs. Rolle was then handcuffed and transported to the Juvenile Assessment Center in Orlando on a battery charge.

Orlando police arrested a six-year-old Black girl for "throwing a tantrum" in her first-grade class. The cops handcuffed her, put her in the back of a police car and took her to a juvenile detention facility where they fingerprinted her and took a mugshot. https://t.co/XMF2w6uJ1Q

The outraged grandmother explained that the six-year-old was even fingerprinted at the detention center, and had her mugshot taken. "They told us we had to wait a few minutes because Kaia was being fingerprinted, and when she said fingerprinted it hit me like a ton of bricks," Kirkland said. "No six-year-old child should be able to tell somebody that they had handcuffs on them and they were riding in the back of a police car and taken to a juvenile center to be fingerprinted, mugshot." The aghast grandmother told police officers that Rolle had a sleep disorder that sometimes caused her to act erratically, to which the officers scoffed. "She has a medical condition that we are working on getting resolved and he says, ‘What medical condition, she has a sleep disorder, sleep apnea?’ And he says, ‘Well, I have sleep apnea and I don’t behave like that'” Kirkland recalled.

Lieutenant Wanda Miglio of the Orlando Police Department said in a statement that Officer Dennis Turner was on duty as a school resource officer when he arrested Rolle. According to Miglio, Turner did not follow the department's policy of requiring approval from a watch commander for the arrest of any children under the age of 12. Turner, who is part of the department's reserve program, is suspended from duty pending the outcome of an investigation into the matter. "There will be an internal investigation regarding these incidents," Miglio said.

He also needs to be arrested himself for traumatizing young children that way!
Kindergarten Cop: Rogue officer is suspended after arresting and handcuffing eight-year-old and later same day arresting a six-year-old girl for throwing a temper tantrum https://t.co/eZms9zoIZY

According to the Department, Kirkland's granddaughter was released from custody and returned to the school before being processed.