The pigeon, which flew across the border, was reportedly colored pink and had a ring with numbers on it which raised suspicion. 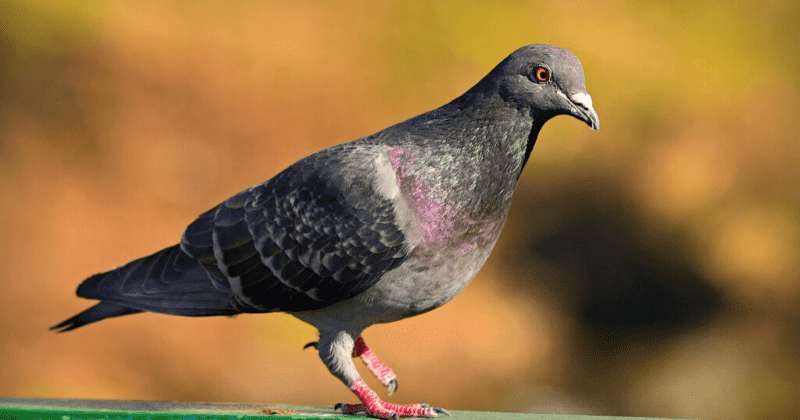 Let's admit it—some birds can be very sneaky. They can snatch away treats or ice cream from the hands of unsuspecting kids and can especially be a nuisance when they find someone they like and want to get it at any cost. However, no bird has typically been accused of spying, unless you consider the case of the goose from hit animated movie KungFu Panda where Po is often being spied on by his controlling father Mr. Ping. According to a Daily Mail report though, a bird in India has now been accused of allegedly spying and has even been arrested. News of this bizarre incident comes from the India-Pakistan border in a town named Kathua.

Pigeon is arrested in India on suspicion of being a Pakistan spy https://t.co/89a6KZkDNb

For the uninitiated, India, and Pakistan, the neighboring countries from South Asia, have been embroiled in border disputes for over 70 years, with either side accusing the other of mobilizing insurgency in the other's region while stoking separatist sentiments at every chance they get. The nations have also used every trick in the book and beyond to gain intel on the other's territory, which is a major reason why every being crossing the border is eyed with suspicion. The "spy" pigeon was reportedly discovered by Geeta Devi, a resident of the Kathua district in the highly contentious region of Kashmir, after the bird flew into her home on May 24. What aroused Dev's suspicion was that the bird was painted pink and was carrying a ring with numbers on its foot. Alarmed by what she saw, Devi bandied a few locals who then submitted the birds to the nearest police station.

OMG, now I have heard everything.

According to The Times of India, SSP of Kathua, Shailendra Kumar Mishra said, “We don't know from where it came. Locals captured it near our fences. We have found a ring in its foot on which some numbers are written. Further investigation is underway." Meanwhile, Dawn, a publication from across the border, has reported that the pigeon belongs to a Pakistani villager who has refuted the spying allegations thrown against his bird.  The man in question, named Habibullah lives in the village of Bagga-Shakargarh village and has claimed the code written on the ring is actually just his mobile phone number.

Habibullah reportedly has a passion for pigeons and owns around a few dozens of them. He let a few of them fly during Eid as part of a celebration in his village, located just 4 km off the Indian territory. He put the rings around the pigeons' feet with his mobile number before letting them fly off.  The villager has since urged the Indian Prime Minister Narendra Modi to facilitate his pigeon's return with "full protocol and due respect" and said India should stop playing blame games and avoid victimizing innocent birds of crimes. He also urged the world to take a look at India’s “highhandedness” in the case. Habibullah's cries for support was voiced by the residents of Bagga as well, who protested the arrested and shouted slogans against the New Delhi government.

Well, anything is possible. Well, almost anything.🧐

According to BBC, this is not the first time a pigeon has landed in trouble for "spying on India for Pakistan". The first instance occurred in May 2015 when a white pigeon was arrested after being spotted by a 14-year-old village boy near the border. The second incident occurred in October 2016, when another pigeon was taken into custody after police found a threatening note against the Indian prime minister, attached to its legs. The two nations have been indulged in a tug of war for shared territories with the last major war occurring between them in 1971.

The prisoner will remain in police custody until they have finished their investigations or until it offers information on its bosses - thus turning Stool Pigeon pic.twitter.com/OihRXfDyM0