Local lawmakers are already considering options to replace Nathan Bedford Forrest's statue, which has been in front of the state capitol for over 40 years. 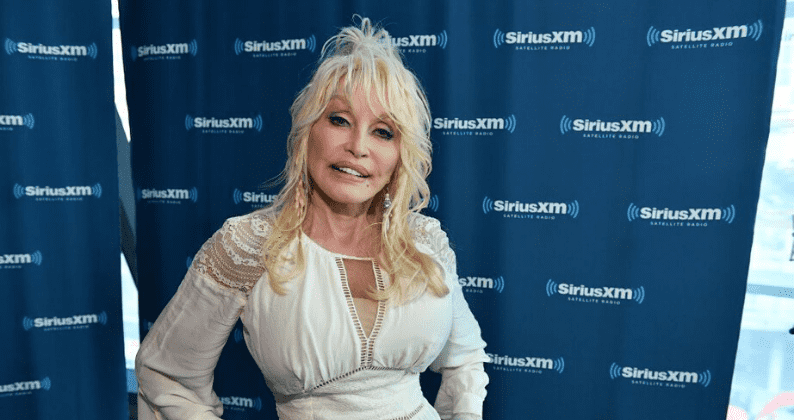 The Black Lives Matter protests following the death of George Floyd started off as a demonstration to bring about an end to police brutality and quickly gravitated towards the destruction of all confederate monuments. Although the debate over whether the destruction of civil war monuments leading to lasting change is still in contention, protesters have continued to destroy every historic statue tied to America's racist past. According to ABC3340, a new petition is underway to destroy the statue of KKK leader and Confederate soldier Nathan Bedford Forrest in front of Tennessee capitol and replacing it with Dolly Parton's statue.

Why in the year of our Lord 2020 does a bust of the KKK founder have a place of honor in the sacred halls of the Tennessee State Capitol?

I nominate Dolly Parton to replace him.

Local lawmakers were already considering options to replace Forrest's statue, which has been in front of the state capitol for over 40 years, and now another Tennessean, Parton is on the shortlist. According to a report from December last year, Republican state Representative Jeremy Faison had brought up the idea to remove the statue which had been on the state capitol since 1978. Faison said he could "think of 100 other people deserving of that post" before suggesting Parton because of her popularity and status as a local and national role model.

REPLACE ALL CONFEDERATE STATUES IN TENNESSEE WITH DOLLY PARTON

"If we want to preserve history, then let’s tell it the right way," he said. "How about getting a lady in there? My daughter is 16, and I would love for her to come into the Capitol and see a lady up there... What’s wrong with someone like Dolly Parton being put in that alcove?" And now, with the death of  George Floyd and the Black Lives Matter protest, there has been a mounting pressure to devalue Bedford Forrest's legacy in the state. The idea of having all confederate statues replaced with Parton, and not just that of Forrest, has gained even more steam after a petition was filed on Change.

Surely we can all unite around this idea? https://t.co/uvILT30WFl

The petition started on June 14th, has gathered more than 4,500 signatures of over 5,000 signatures so far. "While the idea of replacing all of those monuments with Dolly Parton may seem funny, the history of those monuments is anything but," the plea began. "The vast majority of these monuments to the confederacy were constructed in direct opposition to the reconstruction and civil rights movements of the early 20th century and the 60’s and 70’s. Memorials to the Confederacy were intended, in part, to obscure the terrorism required to overthrow Reconstruction, and to intimidate African Americans politically and isolate them from the mainstream of public life."

Replace every confederate statue with a statue of Dolly Parton I think that would be nice pic.twitter.com/2zfyBcM5Ur

Started by Alex Parsons, the appeal details the history behind confederate soldiers from the civil war and how they fought to take away the right from the slaves. "The primary intention of these monuments to those who fought for slavery was the proliferation of the lie of ‘The Lost Cause'", it read. The Lost Cause Mythology states that the South went to war to defend the states' rights and that slavery was a benevolent institution that brought Christianity to the African "savages" and that the Confederates although defeated, fought for a cause, making them heroes.

Fantastic! In addition to writing more than 3k songs, Dolly Parton has donated more than 100 MILLION books to advance literacy in America and worked to end hunger.

"The builders of those monuments sought to bury that terrible truth of our country’s history beneath lies and stone, and with it the rights of African Americans. It is not a coincidence that the majority of these monuments are placed directly in front of town courthouses throughout the state.  They make a very pointed statement about the rule of white supremacy: All who enter the courthouse are subject to the laws of white men."  The well-researched petition ended with a statement that "such vile views have no place in our great state. The confederacy and what it stood for is not worthy of the civic honor those monuments seek to impart."

Sign my petition to replace the KKK founder bust in the Tennessee State Capitol with Dolly Parton: https://t.co/0Vw2WL67lr pic.twitter.com/TPFEZLL5Vn