Baby Zebra Dies After Firework Displays Outside Zoo Scared Her

The Noah’s Ark Zoo Farm in Bristol said the animal ran due to the loud explosions and hit the boundary of her enclosure and immediately died. 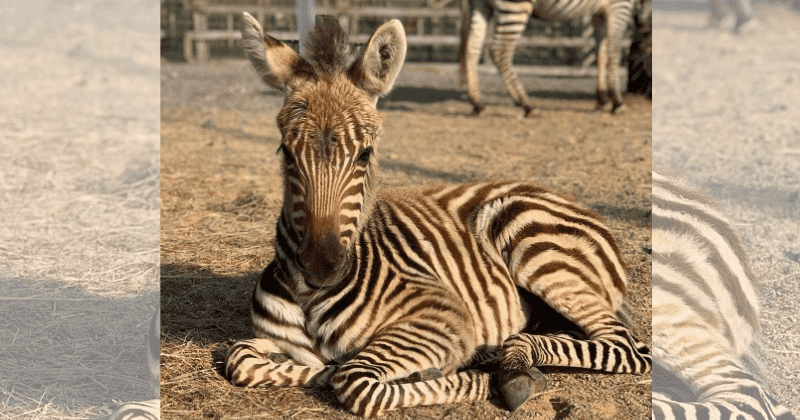 A baby zebra in the UK, named Hope, died after being frightened by loud explosions from firecracker displays outside the Bristol zoo where she stayed. The 7-month zebra, who was born just before the first coronavirus lockdown in March, was named with the aim to bring in some positivity despite the grim situation all-around. Sadly now, Hope is gone. The animal, a resident of the Noah’s Ark Zoo Farm, was in a state of panic when the fireworks were heard. She ran inside her enclosure hitting its side and died on the spot. The zoo put up a post on its Facebook page announcing "with great sadness" the tragic death of Hope. The animal's death once again brings into question the harm to animals - direct or indirect - from the bursting of firecrackers, something that a number of animal activists and experts have regularly highlighted.

On the cause of Hope's death, the zoo wrote further, "It is believed that Hope became spooked by the loud bangs of fireworks from several fireworks displays held locally on the evening of Wednesday 4th November. It appears that the fright caused her to bolt and she collided with the boundary of the enclosure." It added, a post mortem revealed that the "sudden impact caused her immediate death." The post stated further the animal was a "much-loved addition to our collection," and was named as such to "symbolize a ray of light and hope at a time which felt so bleak. She became a symbol of positivity to our keepers and many of our visitors alike and she will be very much missed." A press release on the zoo's website quoted Larry Bush, the Managing Director of the zoo, who said, “We’re feeling devastated by the loss of our young zebra Hope."

This is utter madness and it needs to change. Anyone who can, should sign the current fireworks petition. It’s the best chance we have.👇https://t.co/UqvfgVdF6W

He added, "She was so full of energy and life and she was a very healthy young zebra. It is such a tragedy that she has lost her life, seemingly as a result of fireworks being set off at nearby events which were intended as a celebration. We know this was not the intention of local organizers and people letting off fireworks but it does demonstrate in a tragic way the impact that fireworks can have on animals – whether this be zebras, horses, native wildlife or pets in our homes.” Another official, Jayne Gibbins, a senior keeper at the zoo was also quoted in the release: “Her birth was a real high point for us in amongst the challenges of having to close the zoo for three months in support of the national lockdown and we are all feeling her loss greatly.”

Hope, a young Zebra in an England Zoo, lost her life after she heard fireworks and crashed into a barrier.

The tragedy serves as a painful reminder that human actions can have severe repercussions on wildlife and nature. pic.twitter.com/YhjCZmkoh9

Despite the tragedy, the zoo said they were determined for something good to come out of the incident. According to them, it was crucial that people know what happened to Hope as a way of making them "change their views about fireworks and become much more aware of the impact they can have on animals." The release added, "We would like to use this tragic event as an impetus for change and we really hope that people will now think hard and adopt alternative arrangements like silent fireworks or other more animal-friendly options for their bonfire night celebrations." In November last year, we wrote about a one-year-old pet rabbit and an 18-month-old terrier in the UK who died in two separate incidents due to fireworks. The shock and trauma caused by the firecrackers that exploded outside their respective owners' homes caused their deaths.

This is utterly disgusting. I expect they thought their fireworks display was great fun! Thoughtless and irresponsible as usual at this time of year!

The pet rabbit lived with its owner in Millbrook, Cornwall, while the pup's owner resided in Wombwell, South Yorkshire. The deaths of their respective pets led their owners to join hands and start a petition to ban fireworks. A video of the rabbit named Archie, on the Facebook group Sixfields Rabbit Sanctuary, literally trembling in his cage after the fireworks were widely shared. He died a few hours later from a heart attack. According to the Royal Society for the Prevention of Cruelty to Animals, "Around 62 percent of dogs show signs of distress during fireworks...The British Horse Society reports 20 deaths, 10 severe injuries, and 88 mild to moderate injuries in horses in fireworks incidents since 2010."