The incident occurred in Yellowstone National Park a few meters away from her camping site. 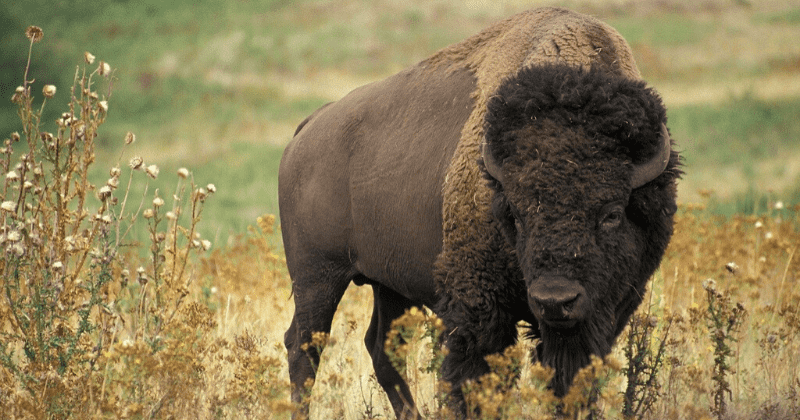 It's never a good idea to get close to animals out in the wild, especially those known to be territorial. Unfortunately, this 72-year-old Californian woman didn't know this when she approached a bison to take a picture with it. The incident occurred in Yellowstone National Park on June 25 when the unidentified woman went within 10 feet of the huge creature to get a clear picture, CNN reports.

A statement released by the park officials reveals that the woman sustained multiple goring wounds but has escaped without any major harm following treatment from park rangers. She was airlifted to Eastern Idaho Regional Medical Center for further treatment.

The woman had gotten too close to the animal at the time of the attack. https://t.co/wLIJyQhW5T

As per the report, the woman approached the bison multiple times at a spot close to her campsite at Bridge Bay Campground in northwest Wyoming, spooking the animal to charge at her. Chris Geremia, Yellow stone's senior bison biologist said in the release: "The series of events that led to the goring suggest the bison was threatened by being repeatedly approached to within 10 feet."

He then explained the typical confrontation that would push bison to attack people. "Bison are wild animals that respond to threats by displaying aggressive behaviors like pawing the ground, snorting, bobbing their head, bellowing, and raising their tail. If that doesn't make the threat (in this instance it was a person) move away, a threatened bison may charge," Geremia stated. "To be safe around bison, stay at least 25 yards away, move away if they approach, and run away or find cover if they charge."

The attack serves as a reminder that "wildlife in Yellowstone National Park are wild," a news release from @YellowstoneNPS said. https://t.co/QRPIQ0zlFk

Speaking to Today, Linda Veress, a spokesperson for the national park also added that the old woman was too close to comfort for the bison which caused the attack in the first place. Shooting a warning to visitors, the release from the national park said "wildlife in Yellowstone National Park are wild" and that they should be approached at your own peril. The 25-yard rule isn't applicable just for bison though, it also works for elks, bighorn sheep, moose, deer, and coyotes. In the cases of bears and wolves, the park advises visitors to stick to stay at least 100 yards away.

A 72-year-old California woman trying to get the perfect snap at Wyoming's Yellowstone National Park was gored by a bison after going within 10' of it several times.

The park shared these distance rules on different animals. https://t.co/IWELDj6aKv

This is the second goring incident at the park since late May when the park was reopened to the public after the lockdown was lifted.  The lockdown was put in place due to the coronavirus pandemic. Bison are known to weigh more than 2,000 pounds and can get extremely aggressive when people veer too close into their space. Reports suggest one of the leading causes of injuries arising out of Yellowstone Park in Wyoming is from encounters involving bison.

Last year, a video of a little girl being flung by a charging bison at the park surfaced while her parents ran away instead of helping her.  The video, which was taken by a bystander shows a bison feeding near a slope before it notices the family and then charges at them. One can see the parents quickly bolting as their 9-year-old daughter is left to fend for herself against the beast. She runs away for a few seconds before being thrown in the air for quite a height by the bison. She even flips once in the air before landing on the ground. While the girl was treated for minor injuries by medics at the park itself and escaped unhurt, her parents had come under a lot of heat for leaving their daughter in the lurch.

Why do people want to get close to these beautiful giant animals? .... they do know that animals are violent at times? Whatevs.... pic.twitter.com/FmBn2PWTIB

In another bison-related incident from late-March, a reporter covering a story along an open stretch of road in Yellowstone sees a herd of bison approaching him off-camera and decides to bolt from the place fearing for his safety. Despite the dangers involved, the reporter's reaction went viral and became a great advert for social distancing as it was around the time when the pandemic began to spread.

Sounds like the ultimate Karen. She probably was looking for the manager to get a better picture from the crew.