The '90s show, which was touted to be ahead of its time three decades ago, will debut on Disney+ in January 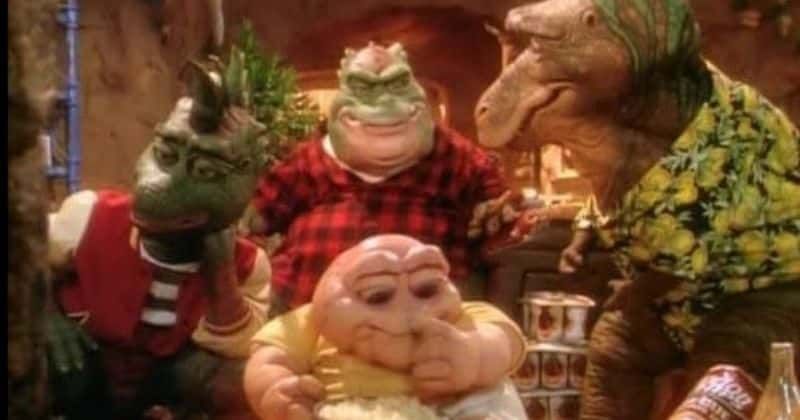 Dinosaurs, the hit show from the '90s originally conceived by Jim Henson, is set to make a return on Disney+ on January 29. The show which aired for the first time on ABC on April 26, 1991, reports Collider. It was reportedly one of the most requested titles to be added on Disney+ despite running for just four seasons. Earlier, Ryan Renolds told viewers that Dinosaurs would be returning in the Fall, during the airing of ABC’s brand new game show, Don’t. According to IMDb, the synopsis states: "This show follows the life of a family of dinosaurs, living in a modern world. They have televisions, refrigerators, et cetera. The only humans around are cavemen, who are viewed as pets and wild animals."

Gotta love this news! Earl, Baby, and the rest of the Sinclair fam are coming to #DisneyPlus. 🦖 Start streaming Dinosaurs on January 29. pic.twitter.com/Xaz08svFPb

Jim Henson wanted to make Dinosaurs on the lines of The Dark Crystal, but it was a variant of an epic fantasy flick filled with dinosaurs. Sadly, however, he passed away a year before the show premiered. The show had all the markings of a traditional sitcom whilst retaining its originality and being a one-of-a-kind back then. Brian Henson, the executive producer of the show, sat down for a chat with the Collider and took a trip down memory lane explaining how it felt producing the show and what it means to see it back on the screens. When asked if he's excited about the show's return to the streaming service, Henson responded: "I am. Although up until pretty recently it was on Hulu and it has had quite a following on Hulu. I think the audience will more easily find it on Disney+, which is terrific. It sits very well on Disney+. When they were divvying up what goes where they eventually decided Dinosaurs should be over on Disney+. I think it’ll find a bigger and new audience base on Disney+."

Despite having been shot nearly three decades ago, the show was ahead of its time and tackled subjects such as climate change and fake news, which have become two of the most leading concerns of the present. Henson explained: "Yes. There was a fan video on YouTube that is Richfield versus Trump. I kid you not. For two minutes this fan found Richfield saying something and Trump saying the same thing – building the wall and all of this stuff. It was like, 'Wow, Richfield was way ahead of his time.' It’s pretty hilarious. We were ahead of our time, I guess. But we were pulling a lot of our themes from All in the Family, which was years and years before us." Henson then recounted how we are still facing the same issues from decades ago and nothing seems to have changed. "Yes, we were ahead of our time but isn’t it sad that we were having the same issues, not only decade after decade, but generation after generation. It’s sad."

I’ve been wanting to watch this since @nicolebyer mentioned it in a podcast episode and now I definitely won’t be able to watch without thinking of her impression of Baby 😂 pic.twitter.com/R9xj54U2D7

Nevertheless, Twitteratis can barely contain their excitement as the countdown for its arrival having already begun. "Gotta love this news! Earl, Baby, and the rest of the Sinclair fam are coming to #DisneyPlus," wrote JJ Movies and Comics.  Jennifer L. Tate added: "January will be great. Disenchantment is returning on the 15th and Disney Plus is adding Dinosaurs on the 29th." Curtis1992 believes 2021 is already looking great weeks in advance. He wrote: "Just found out Dinosaurs is coming to Disney+ in January and 2021 is already starting to look positive." John wrote: "Dinosaurs going into Disney+ is the best thing I've heard all year."

Such groundbreaking animatronics from Jim Henson's Creature Shop in this show. I bet Jim Henson himself would've loved this. As a 90s kid, I still love it.