90s Sitcom "Sister, Sister" Might Be Getting A Reboot & We're Doubly Excited 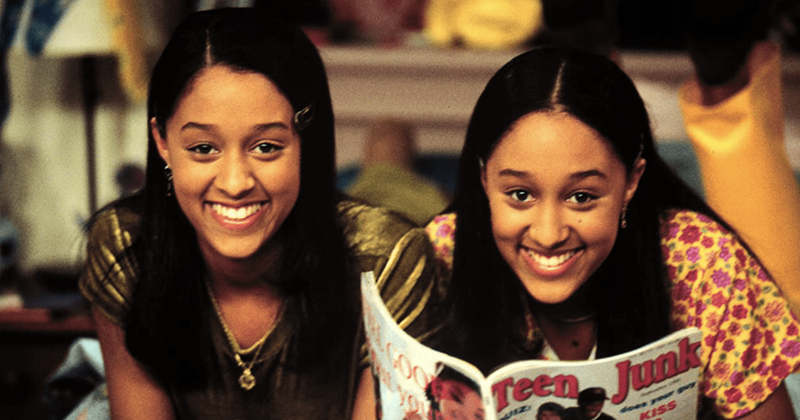 Popular 90s sitcom, Sister, Sister that saw twin actors, Tia and Tamera Mowry in the leads might be getting a reboot. The sisters have earlier spoken about the return of the show in one form or another. Speaking with TV Guide, Tamera had said, "[It should be] a movie —like a Twins in the City plot ... seeing where they are now. And where's Roger (Marques Houston)? I think he has all of these women lined up and owns a club Giving some details." In an interview with US Weekly, it was pointed that the reboot was "closer than ever." Tia said, “[It’s] amazing and wonderful. My sister and I are taking meetings as we speak, so it’s definitely closer than ever to making this reboot happen. So, it’s going by so fast, everything.”

Hopes of the ABC sitcom that aired from 1994 to 1999 were revived recently when Jackée Harry, who played the actors' mother, Lisa Landry on the hit show confirmed that things were moving. During an interview with Steve Harvey on his talk show, Harry said, “Yeah, it’s happening. I’m excited,” when asked about the rumors of the show's return. She added, “Tia and Tamera [Mowry] are my babies. They won’t leave me alone. I can’t get rid of none of these women!” The sisters also gave some details of the possible plot of the renewed show and how it would reflect their own lives at the moment as mothers. "We’re talking about working with the producers who were producers on the show 15, 20 years ago. Just to be sitting in these meetings with them 20 years later, it’s crazy," said Tia.

The show description at IMDb reads: "Tia Landry and Tamera Campbell are twins separated at birth who learn of each other's existence and come together as teenagers". Tia added, "I think fans will love it because I just feel very blessed and honored that people are still following my sister and I 20 years later. So I think they’ll be excited to see where we are right now and to see our dynamic right now. We’re just excited to just give back to the fans and make them happy, that’s really one of the main reasons why we’re doing it." Tia, who is 42, has two kids with her husband and fellow actor Cory Hardrick, and Tamara is also a mother of two. “We’re moms with children, but I would like for the show to really focus on sisterhood and the strengths and weaknesses of sisterhood," she said.

The two Twitches films produced by Disney in 2005 and a sequel in 2007 (Twitches Too) are their other project that was well received well by their fans. Speaking with PureWow, Tia said about a third Twitches movie, “Where I would probably want to see Twitches 3 take-off is us being parents and helping and guiding our children on how to be incredible witches. I love the idea of the sisters, Chloe X Halle, playing the part. I thought that was genius. We’re passing the mantle on to [our daughters]. Meaning, now it’s their job to take on the world and unite and come together to fight the darkness. I think that would be really cool.” She recalled her wonderful experience working on the previous movies.

"Who doesn’t want to see the legacy of Camryn and Alex live on? You know, that was such a fun movie and one of the best times that my sister and I had together, because we’re both really into magic and Harry Potter and stuff like that, so to be able to play these twin witches, it was so much fun," she added.