trending celebrity people lifestyle news animals
'90 Day Fiance' Star Makes $45,000 A Week By Selling Farts In A Jar And She's Gassed About It

She eats a variety of spicy foods and hard-boiled eggs to help pass gas, and then bottles them up for sale. 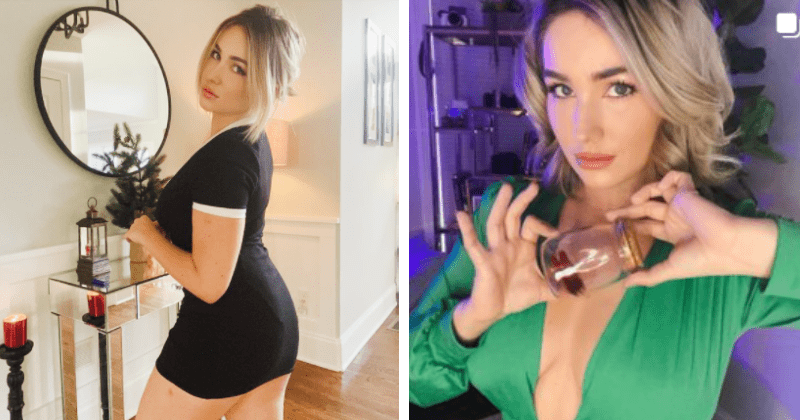 Former 90 Day Fiancé star Stephanie Matto is gassed about her new business venture—selling farts in a jar. Matto has found a really niche market and is probably making more in a week than most of us do in a whole year. Matto charges $1000 for a jar of flatulence and couldn't be prouder about it. And no, they are not all the same. She eats a variety of spicy foods to help pass gas, and then adds a hint of her own perfume along with a small fabric petal or flower into each jar. Apart from aesthetics, the smell also latches on to the item and hence lasts longer. She made over $50,000 in a week, she revealed on TikTok.

Some of her go-to foods include beans, hard-boiled eggs, yogurt, and protein to generate enough farts to meet the demand. "I usually follow a pretty strict diet, but I do allow myself 1–2 cheat days every single week, and those are the days that I will indulge in specific types of foods that I know will make me more gassy," she told Buzzfeed.
"I also like to combine my 'product' with something that smells like me, so I spritz one of my favorite perfumes into each jar to give customers the most immersive experience," the reality TV star said. She also likes to leave personal notes to those who buy her fart jars. She says her customers are mostly people who collect oddities and are either fans of the show, or of her.

She has more than 97k followers and the demand for flatulence is skyrocketing, says Matto. She rose to fame after appearing in 90 Day Fiancé, a reality TV show on TLC that follows international couples who have applied for or received a K-1 visa, that's unique to foreign fiancés of U.S. citizens. They have 90 days to marry each other as per their visa.

She has also created her own adult-friendly platform and that has opened her eyes to new market possibilities. "Over the years, I've gotten a few messages from men and women wanting to buy my worn bras, panties, hair, bathwater, etc," she said, before continuing, "I thought farts were super niche, but also something fun, quirky, and different. It’s almost like a novelty item!" She decided to not let another fart go to waste. People might be farting for free in front of their partners and believing they've taken their relationship to the next level, but as far as Matto was concerned, farts were too precious a commodity. She saw an opening and decided to cash in. Matto developed a whole new routine to cater to this niche market.

When asked how long the farts last, she responded, "It's strongest for the first 2 days, but as I like to say, 'One whiff makes memories last a lifetime.'" When asked why people would buy her farts, she says it's because of her personality and because she's hot.

She has since sold at least 97 jars of farts, but the demand far exceeds the supply. She has posted her routine on TikTok, titling the video: "Day in the life of a girl who sells her farts in a jar." The video has gone viral, garnering more than 6.6 million views. Matto showed a range of products that she likes to eat, including beans, yogurt, a muffin, and hard-boiled eggs. She then reads books as she waits "for those farts to develop." Matto has learned to ignore the hate and continue with her work. "I am much happier and much more successful ever since I've started to live my life unfazed by the opinions of others," she said.