Matteo Lambert from Virginia first started to run two years ago and has since participated in 35 races in the US and Canada. He has also started his own charity called the  Off the Charts Club to carry on his work. 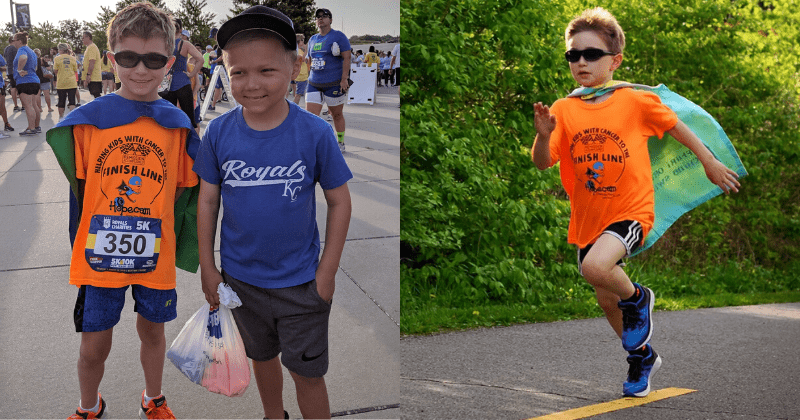 Standing a few feet tall, wearing a cape and a pair of athletic goggles, he already looks like a superhero character from a comic book. Yet, in real life, he is a hero at the tender age of nine. Matteo Lambert has already run 120 miles and raised as much as $65,000 in order to help children battling cancer. The Virginia native began running just two years ago. The event was a simple 5K run and since then Lambert has not looked back.

The first race that Matteo ran was to raise awareness for people with prostate cancer in June 2017. This included his own grandfather who had been battling the disease. Lambert finished second in his age group. His father revealed that his son wasn't in it for the prize, and was taken aback with what he said next.  According to Fox 10 Phoenix, his father, Brandon said, "I turned to him and said, 'Hey buddy, you have to stick around and get your medal'. He turned to me, completely unprompted, and said, 'It’s okay, Daddy. We can leave. This isn't about awards. It's about helping other people.'"

Matteo Featured On Fox News - The Five https://t.co/sT408OqCrN via @YouTube

He added, "He’s kind of the adult in the house. He’s been a very easy child to parent. Matteo has just always wanted to help people who are less fortunate." After participating in his first race with his father, Lambert decided that he should take part in more. His father noted, "It was pretty clear that at 7, he not only enjoyed it, but he was pretty good at it." Brandon later connected his son to Len Forkas, an endurance athlete who twice completed a coast-to-coast bicycle race of 3,000 mile called Race Across America. He is also the founder of a nonprofit named Hopecam that helps children in treatment for cancer stay connected with friends and school through online video.

Lambert and Forkas kept in touch with the help of Brandon. His son then decided that he wanted to help the Hopecam charity raise money through his love of running. Initially, at the beginning of 2019, Lambert set a goal of running about 62 miles (100 kilometers). However, his family clearly knew his love for running and his abilities. They realized he would hit this goal in no time and decided to change the goal to 100 miles. "We found out that most Americans can’t appreciate what a kilometer is. They know if you run a 5K, but they can’t visualize it." The aim was to raise $5,000 for Hopecam. Lambert met this goal by his second race and received donations from people he did not even know. As of 2019,  he has already participated in 35 races in the US and Canada. He has also started is own charity,  Off the Charts Club, through where he aims to do what he loves best - running while also helping children in need with visits and money raised from his organization.

Those who want to help can donate here: https://t.co/h1dZE5D1Yn