He is best known for his role in the "Police Academy" movies. 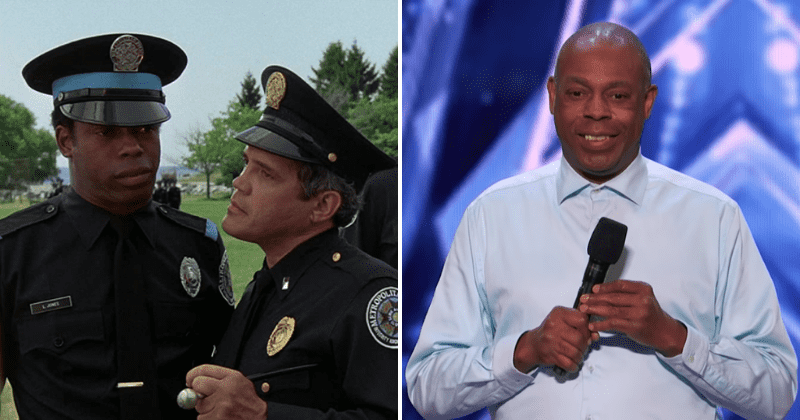 Michael Winslow was once famously known for his versatile skills of making sound effects with his voice. He was everywhere in the 80s, especially after the success of the Police Academy movies. Winslow was going up the peak of fame as an actor, comedian, and self-proclaimed "voicetramentalist." He even landed a role in Gremlins and Spaceballs. Unfortunately, his growth and fame in Hollywood were brought to a standstill after the death of his wife, Belinda Church, in 1993. Winslow took the bold step of walking away from the spotlight to be there for his children and raise them.

After disappearing from the profession of acting, he occasionally turned up in the odd TV commercial or made a guest appearance on shows, and performed stand-up comedy. But after nearly three decades, Winslow is once again coming back to claim his spotlight. He is doing this by auditioning for America's Got Talent, the show many people who are aspiring to make it in showbiz participate in. Winslow who has already tasted stardom decided to go back to square one and climb the ladder of success again. The legendary actor received a warm welcome from the host, Terry Crews, the judges, Simon Cowell, Heidi Klum, Sofia Vergara, Howie Mandel, and the audience as well.

Recognizing Winslow, an excited Cowell said, “We know you! I cannot tell you how thrilled I am that you are here!” He then asked Winslow to share his story. "Now, after raising my two kids, I'm in a different phase. I think this is my time," the 62-year-old said. "And America's Got Talent is the place for me to show the world I still have something to offer, I still have some sounds to make. There's still room for a little more." He shared that his son encouraged him to give it a shot which was why he was back to share his brilliant talent with the world again. "You can come out here and be anything you want instead of being forced to be something you don't. This is the show you come to be yourself," he said.

The actor, who said he left Hollywood after his wife died, showed off his vocal talent many audience first heard in the 'Police Academy' franchise. https://t.co/JOfShv0XnK

As part of his act, Winslow performed several sounds, including airplanes taking off, the chimes in the planes, and an uncanny imitation of transistor radio sounds. He narrated a story with the right amount of comedy and intrigue. He then beatboxed versions of Queen’s Another One Bites the Dust, Jimi Hendrix's version of The Star-Spangled Banner, and managed to wow the judges and the audience who gave him a standing ovation. He ended his brilliant performance with a mic drop proving that he is indeed a veteran when it comes to entertainment.

Winslow spoke about his past and how he ended up in Hollywood. “I didn’t know what I was going to do. I just knew that I wanted to do this,” he explained. “And then I ended up being part of this movie called Police Academy, and suddenly my life changed from there. I ended up doing pretty well! But I stopped making movies because I quit the business for my children. I had to raise them because I became a widower.” His career may have experienced a slight pause but he was definitely back with a bang after he got four yesses from the judges.

Fans of the actor were pleased to see him make a comeback. One person commented: This man is a legend because he did what most people wouldn't have. He gave up everything for his children. He is a man to be admired. Another person stated: He MUST get his own show. He IS a legend and was one of the best things about Police Academy. I wonder how many beatboxers were inspired by him?

You can watch the whole performance here: