trending celebrity people lifestyle news animals
Lonely Widower, 75, Puts Up A Poster In His Window Asking For Friends After His Wife Died

Lonely Widower, 75, Puts Up A Poster In His Window Asking For Friends After His Wife Died

Tony Williams has no children and sits by the phone waiting for it to ring 'but it never does.' 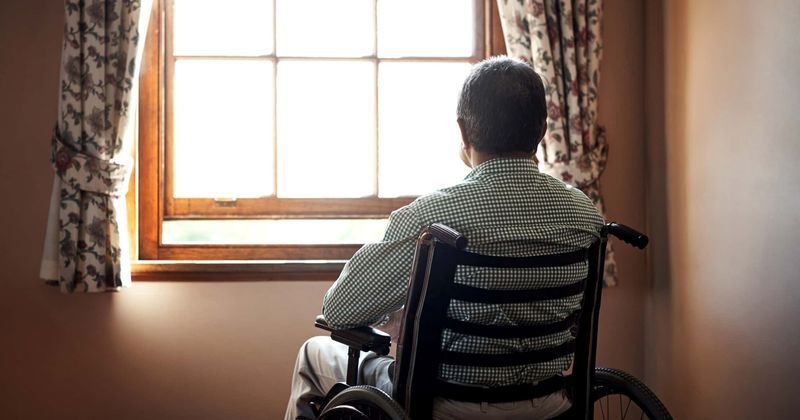 Cover Photo: For Representation Only

A retired physicist, who is now an elderly pensioner, has put up a poster in the window of his house requesting for friendship and company. 75-year-old Tony Williams lost his wife, also 75, to pancreatic cancer in May and is terribly lonely, often going for days without uttering a word to anyone. Williams used to live with his wife in Alton, East Hampshire and the couple was together for years without having children. Now, without her, he frequently sits at home waiting for the phone to ring, but "it never does" and Williams states that he feels he is cursed by loneliness, Daily Mail reports. He doesn't have any family living next to him, so he was prompted to even put two adverts in a local newspaper requesting a friend to chat with.

We all need to help the elderly. 💝

Unfortunately, he had not received any calls for his request just yet. Williams is really desperate to find a friend to listen to music with, or even sit in the garden alongside. He previously had business cards made so he could give them around to strangers when he went to the supermarket or out for a walk. Only recently, he handed out dozens of them but hasn't received a single call back. Now he has a poster right up in his window asking for friends to come over and hang out with him.

This sort of this really upsets me 😞 I contacted @age_uk two years ago to volunteer as a loneliness companion and was told there were no vacancies, I’m sure there are lots of lonely people in Staffordshire too. Breaks my heart 💔

He said: "It's my last resort. I've tried everything to make friends, but it feels like nobody wants to talk to me. Not very many people pass my house, but I was hoping it would spread around the community, and someone might reach out. Jo was my best friend and we had a lovely life. But now I'm all by myself. My wonderful wife has just died, and I have nobody. All I want is for somebody to see the sign and phone me up. I just want a nice conversation so I'm not sat in silence all day long." "I'm not looking for someone to listen to me cry - I just want a normal person who I can chat to! I can talk to anybody about anything. I spend most days just sat in the house in silence, just waiting for the phone to ring * but it never does."

Tony Williams, 75, often goes for days without speaking to anyone after his wife Jo, also 75, passed away in May.https://t.co/1zV6ZCUIty

The elderly widower went on to describe how his marriage to Jo, a legal secretary, was "perfect" after meeting her in a bar over 35 years ago. "We first met one night in a bar, and we got on so well," Williams added. "It was just incredible. It was like I'd known her all my life. She was just so lovely." The two of them never had any children throughout their long and happily married life. They lived in Kempley, in the Forest of Dean, Gloucestershire, for 25 years.  "Our relationship was always so natural. We had no secrets and we could be totally open with each other - we really were soul mates. Back in Kempley, we both used to get in every evening from work and cook together - with me doing one job and her another - then we'd put it together at the end."

Surely someone can pop in on 75-year-old Tony Williams in Hampshire?@hantschronicle
What does the man have to do next? https://t.co/ivLc5BOUe7

They later moved to Williams' current residence near Alton, East Hampshire only recently so that Jo could be closer to her sister, Beryl, 73. "Sometimes we'd spend hours cooking, laughing, and listening to music together - it was the highlight of our day. 'We also had a huge, beautiful garden with an orchard. In the summer months, I'd do the gardening, and Jo would come and sit outside with me. Everything was just perfect." Unfortunately, Jo fell ill and succumbed to pancreatic cancer shortly after they moved, dying just nine days after the diagnosis.  He added: "Now I'm here, completely alone, in the house where my lovely wife spent her dying days. Every time I walk in the room, the first thing I do is look at her photograph."

Do you have this man's contact details? I don't live nearby but would be happy to telephone regularly. I am in a similar position myself so it would be no problem.