An intruder broke into their home in South Africa's Impendle located in KwaZulu-Natal province two months ago. The rapist is yet to be tracked down 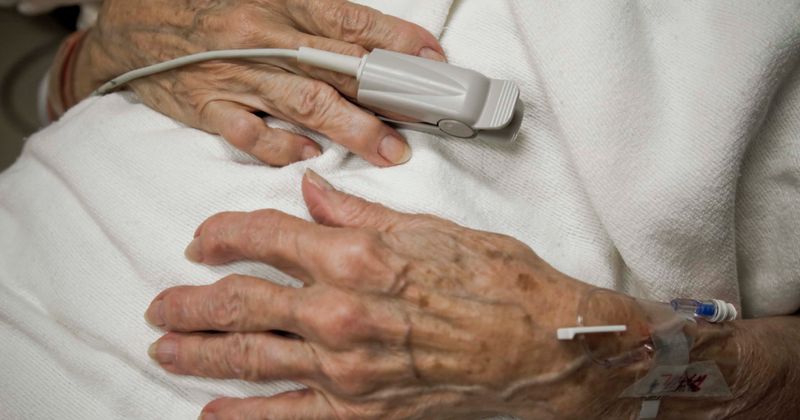 Trigger Warning: The story has details of violence against women that readers may find disturbing

A 71-year-old grandmother in South Africa is believed to have died of a heart attack after being forced to watch a home intruder raping her granddaughters at gunpoint. The shocking incident took place at a home in Impendle in KwaZulu-Natal province two months ago.

The man had a balaclava on while he committed the crime and locked the three women aged 19, 22, and 25 in the elderly lady's room. He brought them out-by-one and raped them while the elderly lady was made to watch reports Daily Mail. At a certain point, she could not take it any longer and collapsed.  According to her granddaughters, the grandmother was not physically harmed but the mental trauma was too much to bear. The four had been staying together in the house.

Grandmother, 71, dies of shock after she was forced to watch her three granddaughters being raped at gunpoint https://t.co/8lVUiN7wSX

The police have started a hunt to nab the culprit who escaped after committing the triple rape and launched a fresh appeal for witnesses. The elderly lady's 31-year-old son is appealing to the public and any other witnesses to come forward in case they have information on the rapist. He said, "This was a truly horrific act that he did. I think my mother died from a heart attack because the perpetrator did not attack her but he did pull my nieces out of a room and raped them one by one in front of her."

A spokesperson for the family named  Mzandwile Ndlovu said, "We found the grandmother in the house but she was already dead and we think that she was so horrified by what she saw in these evil acts that it caused a heart attack. The three girls said the suspect did not touch her or harm her so it must be so."

And this is only the stories that you do hear about.

The grandmother's son further stated, "There has been no justice for my nieces who are devastated. In this case, the rapist saw my mother collapse from the shock and horror but carried on. Where is the humanity?"

Nonhlanhla Khoza, a spokesperson for the KwaZulu-Natal Social Development Council Member, said about the incident, "We are severely pained by these appalling incidents of rape and murder of our women. We have seen a dramatic increase in incidents of gender-based violence, murder, and rape."

Grandmother, 71, dies of shock after she was forced to watch her three granddaughters being raped https://t.co/83GKYiwHfJ

She added, "I urge the public to assist the police with any information that could lead to an arrest. These incidents of callous rapes of our women will only come to an end when communities work together with the police and we send our heartfelt condolences to the victims."

Bheki Cele, the Police Minister as well as gender activists have spoken out about the increase in violence against women and children during the lockdown enforced to contain the coronavirus pandemic. According to a report in BBC, the country's president described fighting the recurrent cases of fighting violence against women to war. In 2018, as many as 2,700 women and 1,000 children were murdered by men. At least 100 rapes were reported on a daily basis.  "There is a dark and heavy shadow across our land. Women and children are under siege," President Cyril Ramaphosa had said.

He also added that South Africa as one of "the most unsafe places in the world to be a woman".

The Daily Mail article highlighted that the country has the highest femicide rates anywhere in the world. There were as many as 42,000 cases of women who were raped last year. The situation has been worse due to the lockdown. "We note with disgust that when we face the gravest of threats from the pandemic, violent men are taking advantage of the eased restrictions to attack women and children," said Ramaphosa. The easing of restrictions he is referring to is the sale of alcohol that was permitted from earlier this month.