7-Year-Old With Cancer Wants Cards From Every State To Mark 1,000th Day Of Chemotherapy

In order to make Zoe's 1,000th day of chemotherapy a special milestone, her family has decided to ask their neighbors, family, and friends to mail cards to cheer her up 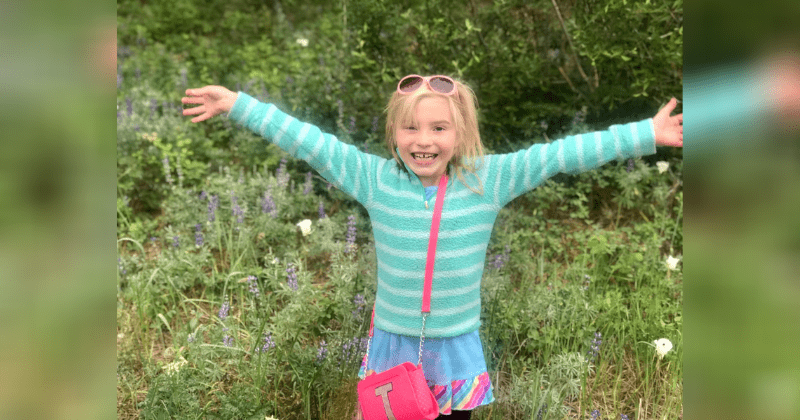 Little girls with big dreams are the best representation of hope. For 7-year-old Zoe Ray from Idaho, the three-year battle with cancer is culminating with her 1,000th day of chemotherapy. She wants to take this chance to share this special moment of survival and recovery with strangers all over the country. Well ahead of the date, people from every state are sending mails to Zoe to wish her well. "They say they're thinking of me and they share stories of encouragement," Zoe, who is entering second grade, told Good Morning America. "It makes me really excited and happy and it gets me distracted opening the cards all day."

Can I ask for your help? Zoe is coming up on a BIG milestone and lately she needs some encouragement. September 3rd...

Posted by Zoe Ray of Sunshine on Friday, 7 August 2020

Zoe hails from Eagle, Idaho, and was just 5-years-old when she fell and hit her head during playtime at the park. As she was being checked for physical injuries after the fall, doctors also discovered a tumor that was as large as a ping pong ball in her head. Zoe's mom Chrissy Ray told the outlet that her daughter was diagnosed with optic nerve glioma. That is a rare and slow-growing brain tumor that develops near the nerve(s) that connect the eye to the brain. Since the tumor is situated at such a position that makes it impossible to remove with surgery, Zoe has begun to experience some vision loss already.

Wanna make a 7 year-old smile? Nobody is asking for money. This is super easy...and very sweet! Do it in the name of those you've lost to this vicious disease. Thank you ❤️ https://t.co/wKcPF0uF5Q

She had no choice but to begin chemotherapy, which she did in late 2017, in an attempt to shrink her tumor. She was being cared for by Doctor Eugenia Chang, a pediatric-hematology-oncology specialist at St. Luke's Medical Center in Boise. Zoe is a brave fighter and having gone through three different types of chemotherapy treatments over the past three years, she is determined to share her story. Each of the 7-year-old's treatments has had their own side effects and complications. "Each of the chemotherapies is different, but all of them will decrease her energy, decrease her appetite, and that in turn will cause some intermittent headaches and just kind of feeling blah or under the weather," said Chang. "It's like having a low-grade flu all of the time."

It is highly likely that Zoe will have to continue chemotherapy throughout her childhood, Dr. Chang said. In order to make Zoe's 1,000th day of chemotherapy a special milestone, her family has decided to ask their neighbors, family, and friends to mail cards to cheer her up. Furthermore, she cannot risk going out much as her immune system has been severely weakened due to the treatments. The ongoing coronavirus pandemic presents several stay-at-home orders which the family has decided to follow.  Amazingly enough, their idea went viral on Facebook and Zoe has now received nearly 500 cards from over two dozen states.   "I want to get cards from all 50 states and I want to get 1,000 cards by my 1,000th day of chemotherapy," she said of her new goal ahead of her 1,000th day of treatment on Nov. 3.

7-year-old cancer patient Zoe Ray has received cards from people all of the country to help keep her busy during her chemo treatments. ❤️ https://t.co/ngETlE2ERF pic.twitter.com/oSrlj1LhxX

Ever since the cards began to arrive in the mail, Zoe's mom said that she has noticed a marked improvement in her health and wellness.  "She says when she's distracted by reading the cards her head doesn't hurt and her stomach doesn't hurt," said Ray. "She'll stand by the door waiting for the mail and just shake with excitement."

"I don't think people realize how much of a difference they can make in other people's lives," she said. "People think of cancer as something that either kills you or you treat it and it's done and sometimes it's harder to have these kinds that are there and need to be treated on and off for years."