6-Year-Old Boy Tragically Dies After Being Shot At In A Road Rage Incident: "Mommy, My Tummy Hurts"

A couple in a White Volkswagen sedan are the suspects 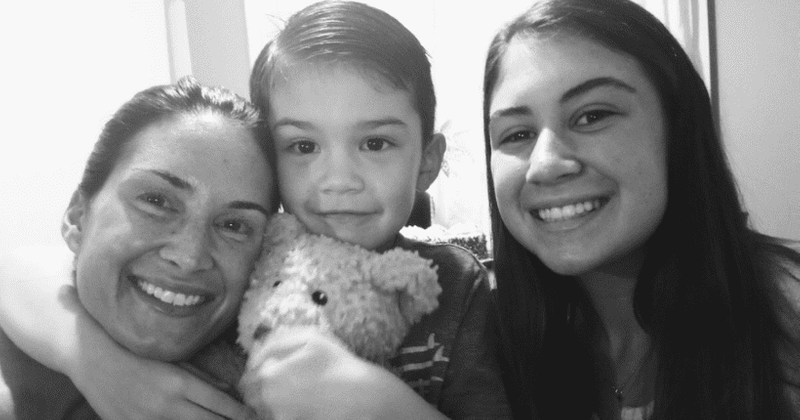 Trigger Warning: The story has details of death due to a shooting that readers will find disturbing

A 6-year-old boy in California died in a road rage incident when the car he was in was shot at by another motorist. Aiden Leos was in the vehicle's booster seat with his mother, Joanna Cloonan, on a freeway in Orange, Los Angeles on his way to his school on Friday morning reports ABC7. The shooter believed to be in a white sedan drove away. While Cloonan was unharmed, her son was injured. "Mommy, my tummy hurts," is what Leos told his mom according to his 15-year-old sister during a press conference, reports The Sacramento Bee. The child was rushed to a hospital but did not survive. "Whoever these people are and for whatever reason, this is not okay. It should never happen again. So whatever help this does, that's my intention, is for my son," said Joanna Cloonan during a memorial service.

'Mommy, my tummy hurts,': Aiden Leos' sister describes his final moments after he was fatally shot on 55 Freeway in Orange https://t.co/fbwm3HeKSf

A white Volkswagen Jetta had cut her mother off on the freeway, to which Cloonan responded by giving them the finger. Following this, gunshots were heard. Cloonan then parked on the side of the road only to realize her son was struck. "So she went and she picked him up and he was bleeding on her, she had blood on her clothes," said Alexis at the press conference. A shocked Cloonan fainted only to be found by an off-duty police officer and other drivers who pulled over. "And that was the last time my mom saw him alive. She had to hold her little boy as he died," said a tearful Alexis, who has appealed to the public to help find the killer. "Please help us find the people who did this to my little brother. He’s only 6 and he was so sweet. He was a very, very loving boy. So, please help us find who did this to him," she added.

The family of a 6-year-old boy, who lost his life to an apparent road rage attack, is pleading for anyone with any information on the shooting to come forward. Aiden Leos was sitting in the backseat of his mother’s car when the fatal shooting occurred🙏🏽pic.twitter.com/48UZHQjokq

In an interview with Good Morning America, Cloonan said a woman was driving the car while a man was in the passenger seat. She however was not sure who of the two fired.  Addressing the suspects she said, "They took my son's life away. He was beautiful and he was kind and he was precious, and you killed him for no reason. And I want to find them and I want there to be justice to be served for my son...I hope that people see this [interview] and understand that this is not OK, whatever and whoever these people are and for whatever reason, this is not OK. It should never happen again. So whatever help this does, that's my intention for my son"

Shedding more light on the incident, she noted that as she merged with the traffic away from them, she heard a loud noise. "As I started to merge away from them, I heard a really loud noise. And my son said, 'Ow,' and I had to pull over. And he got shot."

The devastated mother of 6-year-old Aiden Leos is speaking out for the first time since her son was shot and killed in a road rage incident on the freeway in Orange. https://t.co/yUuIlmFd8P

Florentino Olivera, a California Highway Patrol Officer said the child was struck in "some type of road rage incident." The victim's uncle, John said a single bullet entered the child's back through the back of the trunk. "I pulled over and I took him out of the car and I tried to put my hand on his wounds while calling 911. Because he was losing a lot of blood," said Cloonan, adding, "He meant the world to me, and it feels like my life is over. That was my baby. I've never, never thought pain like this could exist."

A GoFundMe page was started for Cloonan by a family member to "pay for burial costs, replace her car and living expenses while she is not able to work." With a goal of $100,000, the fundraiser has collected over $180,000, as of Monday.

This should be national news until the suspect is caught. Top politicians, even the president should address it. Its ridiculous that someone feels so disrespected from getting the finger that they fire a gun with intent to kill.

From this fund, the family is planning to offer $50,000 as a reward for anyone who provides information leading to the suspects. "We also realize it’s important to use some of these funds to offer a reward to someone who may be holding back, that may have some information, to bring them forward because it is worth it," said Carla Lacy, a relative who started the page, according to CBS News.

Officers asked that anyone with tips or information to contact the CHP’s Santa Ana office at (714) 567-6000.