The woman admitted that her daughter is NOT a fan of physical affection, and asks if she was in the wrong 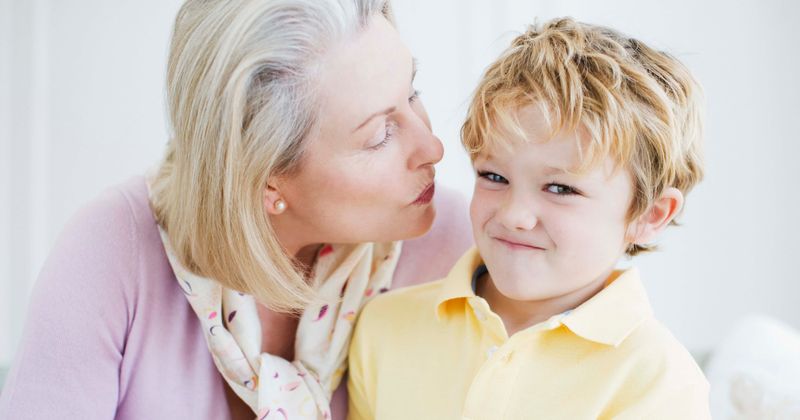 Modern-day parenting teaches an important lesson to children that may have not been as popular back in the day: consent. Traditional parents may not understand why some children turn down even gestures of affection. It's just love, right? But now, experts are chiming in to say that teaching children bodily autonomy, that is, the concept that an individual has control over what happens to their body, including who gets to touch it, is extremely important. Kelly McGuire, coordinator of Make Your Move! Missoula, a sexual violence prevention project that focuses on consent education and bystander intervention, tells Healthline, "Respecting your kid’s wishes of when you want to touch them can’t be started too early," McGuire stresses. It's important to respect the child's wishes when it comes to hugging, kissing, cuddling, and tickling. Yup, this even extends to immediate family members.

I noticed the Kardashians always say to their kids "can I have a kiss?" Then the child would respond the way they want.
I think this is a great way to teach them consent from a young age.
Older people shouldn't be entitled to affection from kids.

Knowing all of this information earlier in life will literally save so many kids' lives and that one really hit home this week.

One mother shared her story on Reddit of how her daughter, who doesn't like physical affection, responded to her grandma's persistent hugging and kissing. She bit her nose! She wrote: We were at a family gathering on my husband's side and because they are rather spread out many of them hadn't seen my daughter in a couple of years. She is 6 years old and is a really sweet child and very loving, but she is not a big fan of physical affection. She will tolerate hugging some close family members but will refuse to hug or kiss anyone else if she doesn't want to. Both me and my husband are fine with this and don't force her to if it makes her uncomfortable. At the gathering, my mil was going around hugging all the children and then giving them some money or candy. When she came over to my daughter and tried to kiss her cheek. My daughter backed off and told her no. Mil said if she wouldn't hug her then she wasn't allowed and candy. My daughter said she didn't care and walked off. I thought that was the end of it.

But it wasn't. Things took a bloody turn! An hour later, the mother found the two in the other room where in-law had "blood running down her nose and my daughter with blood dripping out her mouth." It took a while for her daughter to tell her what had happened. As she was crying pretty hard she disclosed that "mil had been following her around telling her she had to hug her or she was a terrible grandchild. She eventually cornered her in another room and forcefully hugged her which is where my daughter bit mil nose. Then mil came over and started screaming at me saying I was raising a vicious monster, i was a terrible mother and she was scarred for life. The wound wasn't deep but you could see the imprint of teeth and it was dripping a lot.  The little girl seemed traumatized about "being evil" and the other adults in the family harassed the parents. Mom told the kid she did nothing wrong and explained what she did was self-defense. Her husband, on the other hand, disagreed. He told her that "it was wrong of me to say it was OK for her to bite as violence is wrong." Now, the family is divided about it. She wrote the family "is split on whether I should have just made my daughter hug mil to avoid conflict or it is ok for my daughter not to want to hug her but she should be punished for defending herself."

Many Redditors came in support of the mom's decision and they were proud of the child for standing up for herself. xelle24 shared: Biting isn't really an appropriate reaction but...Naw, fuck it. Your kid is 6 and an adult (significantly bigger and stronger) was stalking her, harassing her, physically restrained her (yes, unwanted hugging is no different from forcible restraint), and apparently scared the shit out of her as well. Your daughter used the first weapon that she thought of to free herself from an assault (I use that word deliberately): her teeth. As it's very common for people - not just older people - to think that it's okay to force "affection" from children, the only thing I think you may have done wrong was not backing your daughter up in front of MIL: telling MIL that she's not permitted to try to force affection from your child. On the other hand, you thought your child had already made it clear to MIL that she wasn't interested in trading candy for hugs, and the whole stalking/harassing/forcible hugging thing was pretty egregious. BurningBright wondered: Why is half of your family holding a child to higher standards than the adult?! thebearofwisdom pointed out: I need to say something here because I’m living proof of what happens when grandma doesn’t get boundaries. It took years and years for me to realize I had control over my own body. It ended up contributing to a sexual assault at 16 because I didn’t know I could fight back or tell anyone or do anything really.