The lube was by the brand Ann Summers and the little girl thought it belonged to her, since her name is Summer. 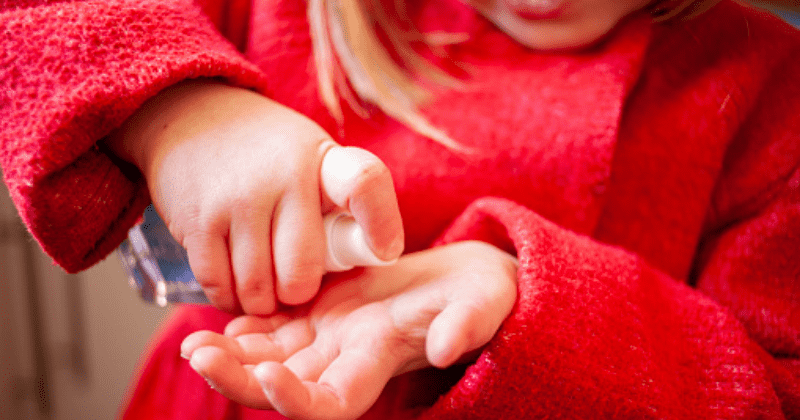 With a new school year going through a rough time to reopen because of the pandemic, classes have been taking place online. There are very few states in the US, however, that have reopened schools fully. It could be a dangerous situation and kids need to take special care to keep themselves safe. They will have to practice social distancing and wash their hands regularly as well as have their masks in place. It could be a tough environment to learn.

Scotland, on the other hand, has opened its schools way back in August. The country's first minister had issued guidance that children should "return to school as quickly and as safely as possible." The BBC reported that this was done as part of the government's third phase in the route map of lockdown.

Schools will only reopen in Scotland from August https://t.co/PGtd2JJk6q pic.twitter.com/xq7rruI3vB

As far as precautions would go, parents would hope their children would be safe in the school set-up. The government assured, "extra precautions" which would be put in place, including extra cleaning and hand hygiene requirements. But that would not stop parents from having their kids carry sanitizers of their own. This precautionary step backfired in the case of one mother, who was left red-faced after her young daughter took her lube instead of a sanitizer. She was even using it very much like a sanitizer, much to the horror of her mother.

Louise Hosie, from Livingston, Scotland, was taken by surprise when she discovered a bottle of Ann Summers' "Heat Wave" lube in her daughter's school jacket pocket. Her five-year-old daughter, whose name is Summer, presumed this was her bottle. But Ann Summers is actually a British retailer company that specializes in sex toys and lingerie. All the little girl wanted to do was to follow the coronavirus rules so she "didn't get the germs" when she went to school. Her mother found this situation hilarious as much as she finds it embarrassing, reported The Sun. The 36-year-old mom had won this bottle of lube in an Ann Summers balloon pop.

Does this mean the Mum used Hand San as Lube then.....OUCHIE!!!

"Basically, you buy a balloon for £20 and the woman from Ann Summers goes live and bursts the balloon - with your prize inside," she explained. "My prize was the lube, and I also got some perfume." And then she found the lube when she was washing her daughter's school jacket. "[I] realized she'd actually been taking it to school," she said. "Because her name is Summer and the bottle had Ann Summers on it, I think she thought it was hers," and added, "Right away, I was mortified thinking what if the teachers had seen it. But I guess if they saw it they'd have taken it off her."

What the fuck...
I don't know whether to laugh or scream

When she asked her daughter why she had the bottle and told her that it was hers, the little girl replied, "I was sanitizing my hands so I don't get the germs." And much to her mother's horror when she asked if she had shared it with her friends, the little girl said "yes." Hosie then said, "Summer said she liked it because it felt hot and smooth - and it turns out it's the warming lube I'd won! It's the one that goes hot and tingly. It's just really funny." The five-year-old may not realize how hilarious the situation is at the moment but her mother has no plans of letting go of this incident so easily.

Has anyone else mistaken a bottle of hand sanitizer for lube yet?

Hosie plans to remind her daughter about this when she grows older. "It will be funny when she turns 18. I might put a picture on her birthday cake," she said. Considering how viral the story has gone, it will be easy to embarrass Summer in the future. "The prospect of doing the school run after half term has crossed my mind, I’ll be pretty embarrassed to face her teachers," Hosie told Metro UK. "Loads of friends and family have messaged me to laugh about it, they’ve started calling me Lubey Lou." She added that it’s typical of Summer, who spent lockdown playing pranks on her older brothers, Liam, 16, and Shaun, 14.