trending celebrity people lifestyle news animals
5-Year-Old Calls 911 To Save Her Dad's Life, Has The Most Adorable Conversation With Dispatcher

5-Year-Old Calls 911 To Save Her Dad's Life, Has The Most Adorable Conversation With Dispatcher

Dispatcher Jason Bonham was surprised at how calm the little girl was. "Most people, when you talk with them, they’re so hysterical. Every time I’ve listed to it, it’s amazing." 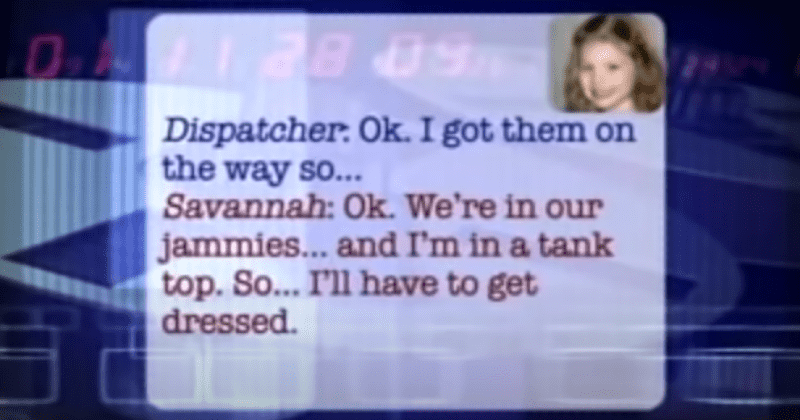 Savannah Hensley's father Frank found himself experiencing chest pains and having difficulty breathing. Savannah, who was only 5 years at the time, stayed calm and composed through the terrifying situation. She spoke to a 911 dispatcher as her father was in no position to talk. And instead of reacting hysterically or in fear, she was cool as a cucumber.  She got straight to the point once the call was connected. "My Dad can hardly breathe," she said. The operator assured her that help was on its way. He tried keeping Savannah by her father’s side and asked her to give him updates about how he was doing. He also advised her to unlock the door. Dispatcher Jason Bonham was surprised at how calm the little girl was, but he was even more taken aback at how entertaining the call would turn out to be despite the circumstances.

Fortunately, Savannah’s dad made a full recovery. So looking back at their conversation, you don't need to feel guilty at how amusing it turned out. “Most people, when you talk with them, they’re so hysterical,” Hancock County dispatcher Jason Bonham, the man who received the call, noted, according to Bored Panda. “Every time I’ve listed to it, it’s amazing. She’s just a little person.” During her conversation with the dispatcher at one point, she even considers changing out of her pajamas. Who doesn’t want to look presentable when you’re expecting company? Savannah stayed on the line, handling a scary situation with courage and sweet child-like innocence. But she also handled it like a mature adult!  While dishing out details for the dispatcher and checking on her dad, she was so endearing through it all.

Savannah kept reassuring her dad that everything was going to be okay. So much insight for a 5-year-old! Internet users were in awe of the little girl's bravery but also found humor in her innocence and sweetness. Under the YouTube video, Natalie Aerenlund joked: "I dont know what i am gonna wear." me when someone is dying. smkanimator2009 added: "I don't know what I'm gonna wear but he really needs oxygen real fast" best quote. ellen cicenia noted: This little girl is extremely bright, & has NOT been raised with a lot of mombo-jumbo baby-talk ; the parents have done a great job of raising a very articulate child !!! Clay Latamer said: I cried when she said Don't worry dad.

Check out the full video below!