Aryana Chopra worked over the winters to make these cards and even used her savings to buy the residents some gifts. 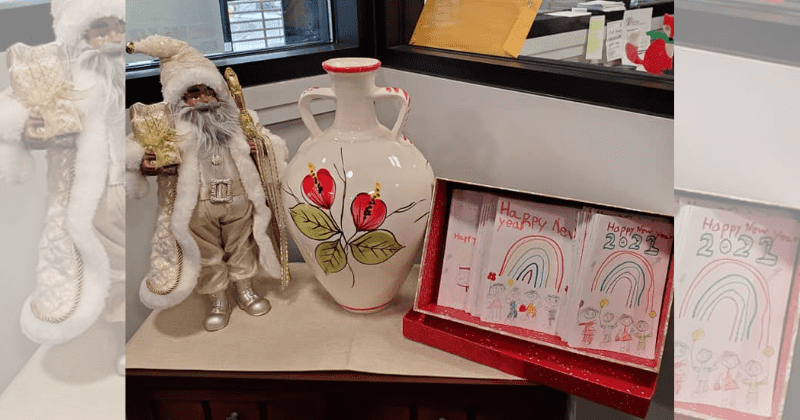 As the pandemic continues to spread relentlessly, there's hardly anything to cheer about at the start of the new year. But one 5-year-old from New York made a heartwarming gesture of spreading warmth and joy despite the negativity all around. Aryana Chopra sent out many hand-made cards to residents of nursing homes in the city, wishing them the best for the year. It might not seem as much, but for the residents of the Willow Point home, it was a reason for their smiles. And we believe if you are responsible for even the littlest of joys for people, especially at a time like this, you are nothing short of a hero. And Aryana sure is one. Speaking with Good Morning America, she said, "I just wanted to cheer them up because they cannot meet their friends and family because of the coronavirus."

This kindergartner spent almost 2 weeks making 200 New Year's cards for seniors. Then she broke her piggy bank to buy them a gift https://t.co/7a56g7ASk4 pic.twitter.com/wTtr15VQo2

Highlighting the work she did on the cards, she added, "I decorated my cards with writing and colorful drawings." In all, Aryana made and sent out 200 cards over the winters. The designs included those of rainbows, snowmen, and New Year's messages. It is a daunting task to make even a few cards by yourself. But 200 is nothing short of a feat. Her mother Shachi said her daughter didn't back down from making so many cards. She noticed her making cards and asked her what she was doing. The precocious girl said she was making some so that she could give it away to people. She added, "I got an idea of making cards for the people in the nursing home who can not go out and meet their friends and family because of the coronavirus."

Beautiful gestures and exemple for us, adults.

Shachi was touched and immediately contacted a local nursing home and asked them about the number of residents there. Shachi said, "They told me the number was 200. I went back to Aryana and asked, 'Will you be able to make 200 cards? She was like, 'Yes, Mommy, I can do that. For her, at a little age, to be thinking this way, my heart totally melted." But not only did the girl make the cards, she told her mother she wanted to do more. She said she wanted to give the residents a cake and some gifts along with the cards. Her mother told her to reach for her piggy bank. With her savings, Aryana bought a vase and a decorative Santa Claus. "She wanted to get a cake but the cake was not allowed because of the pandemic. So we got a Santa Claus statue and a big vase," Shachi said.

Talking about her daughter's generosity, a proud Shachi said, "She has such a kind heart and really wants to be generous. I was amazed by her thinking." Once the cards and the gifts were delivered, Aryana was immensely praised by the nursing home's residents. She ended up getting a number of pictures of them reading the cards. The residents were all smiles.  One of them wrote a note back to Aryana, which read: "It sure put a smile on my face and a tear or two in my eyes." On her part, it's not the end of her association with the home. Aryana said she wanted to be in touch with its inhabitants and even plans to visit them once it's safe to do so. "I want to go meet them in the nursing home and see how they feel after seeing my 200 cards," said the 5-year-old.

"Kids, they think about what do they get in return, but she was like, 'No, mommy, you know what blessings are, they work wonders. If 200 people are going to bless me, that would be the biggest New Year's gift for me,'" said Shachi.