Grandparents often smother the children with love and would do anything to be around them and to make them happy. 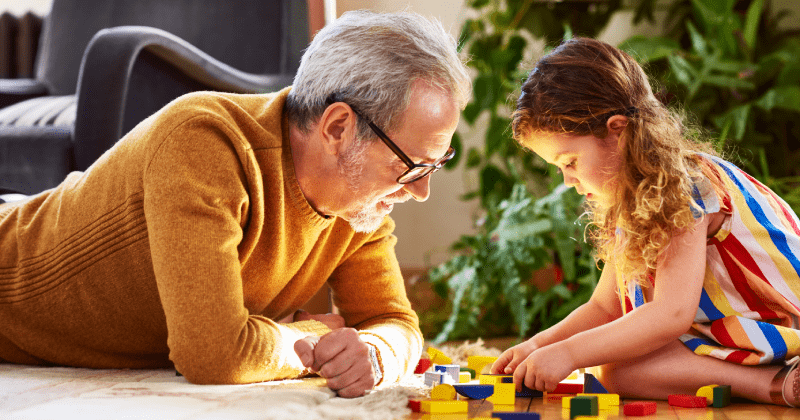 1. They come bearing happiness
Grandparents always seem to bring small little gifts for you and always have time for you, unlike parents who are often busy with work and other day-to-day hassles. There's nothing grandparents love more than watching their grandchildren play and they make every effort to make you happy. While your parents might enforce strict rules for you around the house, your grandparents often help you circumvent them and let's face it, they have more authority than your parents. They help make your life less complicated and are often associated with happy times. Grandparents spending more time with their grandchildren can also help reduce the risk of developing depression when they become adults. Sociology Assistant Professor, Sara Moorman, who studied the emotional relationship between grandparents and adult grandchildren, found that both of them enjoyed psychological well-being from their close bond. "We found that an emotionally close grandparent-adult grandchild relationship was associated with fewer symptoms of depression for both generations," said Moorman, according to Psych Central. "Grandparents and adult grandchildren can be real resources for each other."

2. They help in unlocking the potential in a child
Children feel so free and uninhibited around their grandparents, especially considering parents raise them by disciplining them and telling them "no" on various occasions as they grow up. Grandparents grant the children their full attention and always look to encourage them to express themselves. This level of positivity and support can help the children take risks and express themselves more. Don't be surprised if your child loses the training wheels and rides the bike your parents come visiting. Nate Kornell, associate professor and author says it's common for the children to gain more confidence with grandparents around them. "Sometimes parents underestimate what their kids can learn. And for that reason, sometimes it takes a grandparent to bring out the best in your kids," said Nate Kornell, reported Psychology Today.

3. They love being involved and help raise well-rounded adults
You'll see a completely different side to your parents when they are around your children. You'll be left wondering where this love and care was when you were young. Even the resolve of stricter of fathers is broken by a mere smile from a grandchild. They often smother their grandchildren with love and this helps them achieve better emotional stability as they grow up, according to research. They also tend to have fewer behavioral problems. While grandmothers coddle and smother grandkids with love, grandfathers are able to guide them and involve them in helpful activities. Professor Ann Buchanan who conducted the research at the University of Oxford said grandmothers help in nurturing while grandfathers help in mentoring.

4. They have time for your children like you never will
Grandparents are mostly retired and have all the time the world to spare for their grandchildren. Especially, when they come visiting, they are most excited about spending time with their grandchildren. They're always at hand to babysit them or to take them out for a movie or an ice cream. As kids, it's immensely important to have someone you can always turn to, knowing that they'll have time for you. Parents are often busy and this role is perfectly filled in my grandparents. It helps with the child's overall development. "It could be as simple as knowing that there is always someone there if you need them," stated the Association for Psychological Science.

5. Children trust grandparents
To have an adult you can trust and confide in without fear of being scolded is a priceless gift. Grandparents can often guide children when kids are afraid or are uncomfortable. They may be more comfortable sharing information with them than with their parents. It could be anything, right from being bullied in school, feeling insecure about something, or even having a crush on someone. Grandparents often serve as the first role models for children and this can help in their all-round development, according to KidsHealth.

It could be the smallest thing but it's important for kids to grow around adults that they can trust, love unconditionally, and those have time for them, and grandparents are just that.