41 Cats, 7 Kittens, Killed In Deadly Fire At Nebraska Animal Shelter: "I Could Hear Them Crying"

Many cats that escaped are believed to be on the loose. The co-owner accused fireman of not helping her rescue the animals. 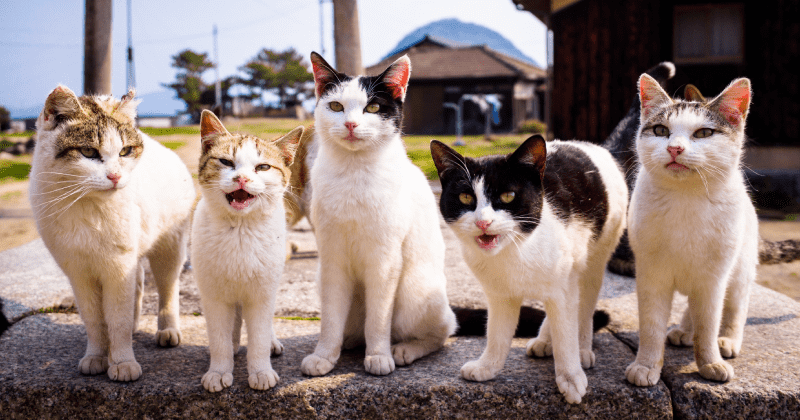 At least 48 cats were killed in a horrific fire that broke out at a western Nebraska home that also served as an animal shelter. The shelter, Nebraska Loves Cats, confirmed the incident on Facebook and wrote that 48 cats, including seven kittens, had died in the fire last Friday, reported People. The shelter is located at 1100 block of Third Street in Chappell. Michelle Tynan, one of three co-founders of Nebraska Loves Cats, was in the building when the fire started but managed to escape with how many ever cats she could get her hands on. She also broke as many windows as she could, in the hope that they would escape through it.  Tynan said she woke up around midnight by the smell of smoke. She found that the dryer in the laundry room was on fire. Tynan looked around for a fire extinguisher but couldn't find one and called up 911. After escaping outdoors, she could hear the cats crying and desperately wanted to go back in to save the animals but first responders and emergency crew members physically stopped her from going back in.

"I could hear the cats crying and I was begging for somebody to please let me go back in and get the animals out," Tynan told the North Platte Telegraph. "I was just beside myself in grief, screaming." Many of the cats could not escape the home and died in the fire. Some cats managed to jump out but continue to be on the loose and are yet to be located. "The fire was spreading so fast. Just minutes before I was on my belly at the front door calling them... before the fire was in the front... I wasn’t going to go in I was calling them to come outside and the officer grabbed me by my feet and pulled me in the yard, and handcuffed me, He had me pinned in the snow and I couldn’t breathe, then he handcuffed me. None of the firemen would help get the animals out," read a post on the shelter's Facebook post.

The shelter accused the fireman of not doing enough to save the animals. "Where the fireman is standing, nearly 30 animals perished two feet away from him on the other side of that window. More than 30 perished in fire and the fire dept would not save one animal. I begged and begged and they restrained me in handcuffs in the yard per instructions of the fire chief," read the post. Many cats that suffered burns were admitted to Westfield Small Animal Clinic in North Platte for treatment. Nine cats have been kept in temporary foster care at a Chappell residence while four of them have been relocated to North Platte. The shelter/home has been fully gutted by the fire.

"There was a fire in the early hours of January 29, 2021, at the Nebraska Loves Cats headquarters in Chappell, Nebraska. We are devastated by the loss of other resident cats and still hoping some might have escaped. We are trying to organize fundraising and emergency vet care for the surviving cat," read a post. Nebraska Loves Cats has been home to at least 200 cats, including many that have been abandoned over the years. Some of the cats had special needs including at least a dozen that were blind, said Michelle Tynan. Nebraska Loves Cats is now hoping the community comes forward to help them renovate the shelter again. You can help the shelter financially or donate medical supplies through fundraising pages on PayPal, GoFundMe, Home Depot, Amazon, and Chewy. If you want to help, you can find information on these links on their Facebook page.