The unsupervised shopping spree has left the mother stressed as she's unable to foot the bill, among other expenses. Thus, a fundraiser was started and donations poured in to help the poor mum out 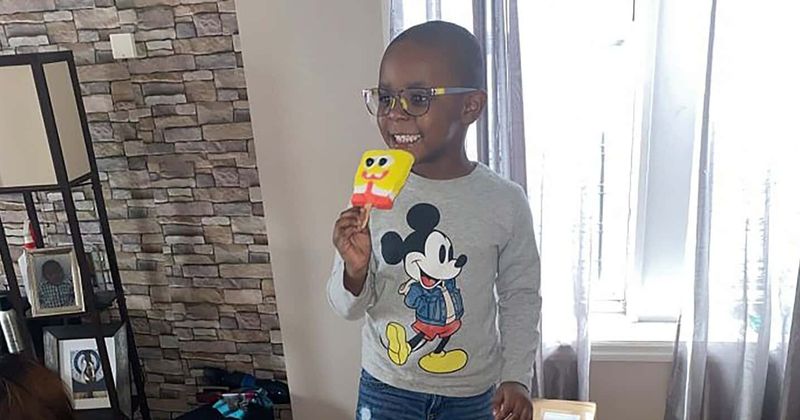 Noah Bryant is a big fan of cartoons, and in particular, SpongeBob SquarePants. But the 4-year-old probably became a super-fan when he ended up ordering a whopping SpongeBob SquarePants 918 popsicles from Amazon, and in the process, drained $2,618.85 from his mom's account. Thus, the family was stunned when they received the gigantic order that was sent to the little boy's aunt's house. While Noah grinned adorably in a snap with one of the frozen SpongeBob pops, his mom Jennifer Bryant was stressed out. The unsupervised shopping spree would take a toll on the family's finances, and it's something they can't afford to pay off just yet. Therefore, her friend, Katie Schloss started a GoFundMe fundraiser to help the mom-of-three who is studying social work at New York University and couldn't afford the SpongeBob spread.

I guess we selling popsicles now cuz I be damned 🤣🤣🤣🤣🤣

On Instagram, Schloss pointed out: Meet 4-year-old Noah from Brooklyn, NY, who loves @spongebob sooo much that he managed to purchase $2,618.85 worth of SpongeBob popsicles from Amazon and had them sent to his Auntie's house. In case you are wondering, that's 51 cases, containing 918 popsicles. As (truly!) adorable as this story is, Jennifer Bryant (@amazin_mii), Noah’s mom, is a social work student at NYU (we took Policy I together) and simply cannot afford this. Amazon will not take back the popsicles, and Ms. Bryant, mom to 3 boys, doesn't know how she's going to be able to pay this off, in addition to student loans and all of her family's other expenses. Link in profile, all donations make a difference, so let's work together and help Jenny out!Thank you so much; we're so grateful for your support!

Mom and Dad hide your credit/debit cards. These youngins are watching your every move.😂

And, the kind-hearted donors stepped up and how to help this sweet family who was in a tight spot. The campaign managed to raise $10,740 raised of $2,619 goal at the time of publication.

"Thank you SO much for your mind-blowing generosity and support," Bryant wrote in a follow-up note on GoFundMe. "As a child living with ASD (Autism Spectrum Disorder), all future donations will go towards Noah's education and additional supports. We cannot thank you enough. Truly," she added.

Those who made donations left kind words in the comments section. Robert Williams who donated $25 wrote: Jennifer keep study Social Work! Continue to make a difference for your son and the world! - a fellow Social Worker. Ian Nix joked: Lol this is the coolest kid!!! I was a fan of Sponge Bob as a teen...so I get it King lol. Todd Davis added: Noah is a baller. I want him to eat all the popsicles. Ashley Anderson mentioned: He’s adorable and I’m happy to contribute.

I guess he REALLY loves SpongeBob. Those do look yummy!

However, this is not the first time a child has spent a fortune on the things they love unbeknownst to their parents. 6-year-old Katelyn Lunt bought Barbies and a toy pony from her mother's account back in 2018. The then-first grader ordered $350 worth of toys sneakily without her mom knowing. "Our family came home and the truck pulls up and all of these boxes are being pulled out of the truck," mom Catherine Lunt told Good Morning America, according to ABC News. But the family decided to make this a teaching moment for the youngster. They concluded that they would donate the toys to kids at Primary Children's Hospital in Salt Lake City, Utah.

Six-year-old is busted for her sneaky Amazon splurge when her delivery shows up and mom realizes she went rogue, ordered $350 worth of toys: https://t.co/0wZJnpowI9 pic.twitter.com/C38oqE7VOD

The previous year, another six-year-old, Brooke Neitzel of Dallas, Texas, used her parents' Echo to buy a $160 dollhouse and four pounds of cookies  Speaking of Brooke's story, Amazon told ABC News in a statement in 2017, "You must ask Alexa to order a product and then confirm the purchase with a ‘yes’ response to purchase via voice. If you asked Alexa to order something on accident, simply say ‘no’ when asked to confirm. You can also manage your shopping settings in the Alexa app, such as turning off voice purchasing or requiring a confirmation code before every order."  So, parents, you need to watch out before things get out of hand!