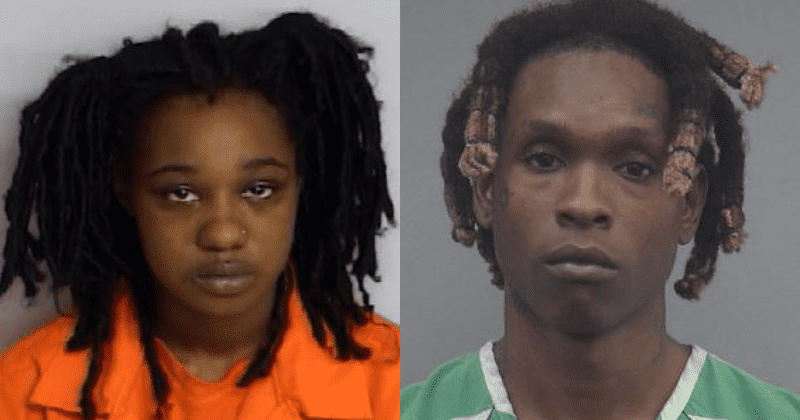 Trigger Warning: The story has details of child neglect resulting in death that readers may find disturbing

The parents of a 3-year-old girl in Florida were arrested for the death of their baby after she overdosed on fentanyl. According to witnesses, the victim's parents, D’Lana A. King, and the father and J’Shawn D Murrah were the only ones with the baby at the time when she was found unresponsive at the family's apartment on South Water Street in Bradford County. Police were called to the house on August 26 reports News4Jax. The Starke Fire Department administered life-saving efforts till she arrived at the  Florida Starke Emergency Room, where she was declared dead. Police launched an investigation into the suspicious death.  The District 8 Medical Examiner’s Office ordered toxicology testing where results revealed that the baby died from a fentanyl overdose. Detectives charged the parents with aggravated child neglect after interviewing witnesses and collecting evidence.

The results of the autopsy completed Thursday found the child died from an overdose of fentanyl -- a very powerful narcotic that has caused thousands of deaths throughout the country. https://t.co/YV9jyVII01

Lieutenant Michael Rooney from the Starke Police Department said, "When we went back and determined who was present in that timeframe when that was possible, it was only the mother and the father. One of the things you have to have to prove something more sinister like homicide is intent and right now, we just have not come to that. However, the investigation is still ongoing."  King was arrested on Friday by the deputies of the Stark Police Department and is presently at the Bradford County Jail. Murrah was arrested by officers of the Alachua County Sheriff’ at a home in Gainesville and is presently at the Alachua County Jail. Both are being held for a $1 million bond.

Rooney added, "It’s somber. It’s not a win for law enforcement because we put these people in jail because this 3-year-old is no longer with us. Even at the end of this, we pray for the family, we pray for that child, we pray for the extended family. No one’s winning in this." Fentanyl is a powerful opioid that is used as a pain killer and is 50 to 100 times more potent than morphine. Similarly, last month we reported about a mother in California who was charged in the alleged murder of her 2-year-son who died of a fentanyl overdose. Genesis Barrera-Galdamez, 22, of East Contra Costa, is set to have committed the crime in September.

The Starke Police Department said D'Lana King and J'Shawn Murrah are facing aggravated child neglect after their daughter died of a fentanyl overdose in August. https://t.co/bRycMTtsV2

The mother was also charged with possession of a controlled substance for sale and child abuse leading to great bodily injury, as per a criminal complaint. The boy, Jasani Kerry Jr. was found unresponsive in a Brentwood home in northern California and died later. An autopsy found that the boy died of acute fentanyl toxicity. A complaint revealed that the alleged drug overdose caused the little boy to become "comatose due to brain injury and to suffer paralysis." The complaint also alleged that the woman permitted her child to be placed in a situation where his health was endangered.

In Arizona, parents Shala Durham, 33, and Ryan Konkol, 37, were charged with the death of their child who fell asleep in the living room at their home in July reports AZ Central. The next morning, the couple awoke to find foam coming from the boy's mouth and his body was stiff. An examination found there was a "lethal amount" of fentanyl in the boy's system. "The problem with fentanyl is because it’s so potent, a tiny little bit is enough. You know, obviously, every parent’s nightmare is for their kid to get anywhere near a medicine cabinet, or get anyone your medicines," said Dr. Jonathan Kantor, a physician from Florida who has seen such cases before.