Alexandra R. Arb-Bloodgood was allegedly shot at point-blank range by her brother-in-law on May 16, 2021. 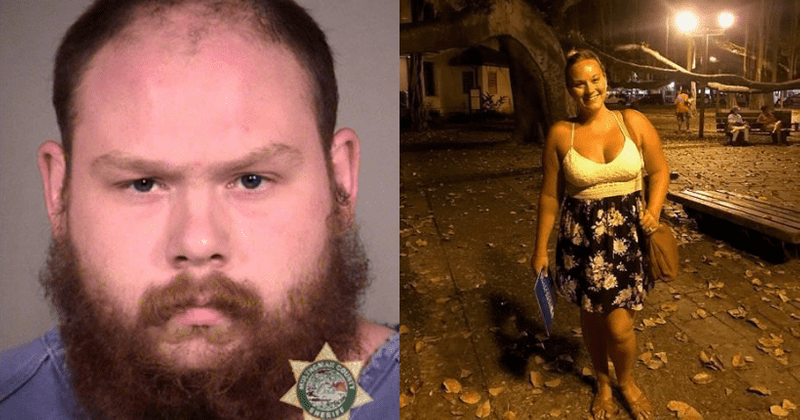 Trigger Warning: The story has details of a shooting death that readers will find disturbing

A 29-year-old woman in Portland was allegedly shot by her brother-in-law during an argument over laundry. The victim named Alexandra R. Arb-Bloodgood was shot at her residence according to a statement by the Portland Police Bureau. Police arrived at the scene on May 16, 2021, at around 8.35 a.m. following a call about the incident. The suspect, 25-year-old Shane Finnell, was arrested and presently lodged at the Multnomah County Detention Center. He was charged with "Murder in the second degree and unlawful use of a weapon." The statement added, "The Oregon State Medical Examiner determined Arb-Bloodgood died from a gunshot wound and ruled her death a homicide." Finnell allegedly told police "I did a horrible thing," moments after his arrest, stated an arrest affidavit obtained by PEOPLE.

He was arrested from the scene of the violence. The victim's husband and Finnell's brother named Jordan Arb, told investigators he and his brother got into an argument over laundry. Finnell threw a potted plant towards his brother during the argument the affidavit added. The victim was sitting on a chair on their back patio, facing away from Finnell but the brother-in-law walked up to her and "shot her in the back of the head at close range with a revolver," the affidavit alleges. Finnell has not yet entered any pleas to the charges against him. The police have also asked for information about this incident, from the public. People should contact Detective Jeffery Pontius at Jeffery.Pontius@portlandoregon.gov 503-823-0433 or Detective Travis Law Travis.Law@portlandoregon.gov 503-823-0395.

My deepest and most sincere condolences to Alexandra’s friends and family. 💔

People shared their condolences while also expressing their worry about the deteriorating condition in Portland. One person tweeted: Major bummer. I've lost track of the killings so far this year. Something should probably be done, but that would require police to do their jobs, and to stop going to so many klan meetings. Many others talked about moving out of the town. Another added: Portland f*cking sucks. I hate this place. I've got moving in the works but in the meantime I'm stuck in hell. One person wrote in the same vein: I can't wait until I move out of this total f*cking shithole. There has been a great increase in the numbers of gun violence in Portland. There have been 32 homicides in Portland this year, the police statement said.

Police say the woman who was killed in North Portland over the weekend is Alexandra Arb-Bloodgood. Her brother, Matt describes her as a great person who always wanted to help. @fox12oregon Full story: https://t.co/dcydddWseP pic.twitter.com/b0PpT1tmje

According to a KATU report, the FBI, and the Multnomah County District Attorney's office have also been asked by the Portland Police Bureau to help them in their efforts to curb gun violence. A few days before Alexandra's death, Police Chief Chuck Lovell spoke on the joint effort aimed at “deterring those who are considering committing crimes” stated another KATU report. Lovell said his department had received information about people coming from outside the town for violence leading to the shootings and the death. Of the 32 homicides 24 involved gunfire. Around this time last year, the homicide count was four. In 2019 it was three at this date. “As you know, we moved a lot of our resources to address gun violence: our partnership with MOU, with the FBI is one step in that effort," Lovell said. He said the aim was to de-escalate and safety of the public.

“For us at PPB, we look at it as some of the most important work that we do. I’ve been in a lot of conversations with elected leaders, community folks and I’ve always said that keeping people in our community alive and safe from gun violence is important. I will shift resources as needed to make sure we can address it as best as possible," he added.