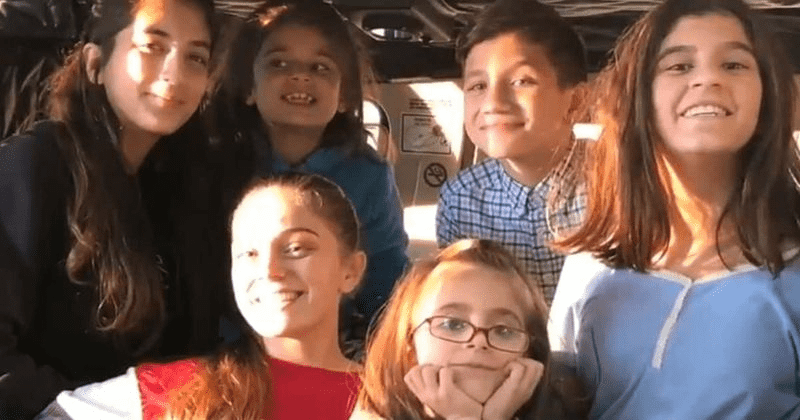 This family of five kids in Orlando, Florida tragically lost their parents in quick succession. Their mother, Lisa Smith, was diagnosed with cervical cancer and passed way in 2013 reports ABC. This left the father, Alexander Rodriguez, to take care of the family. But even he was diagnosed with cancer soon after his wife's death. Doctors informed him that he had lymphoma. He died in 2016. It was the late married couple's eldest daughter, Samantha Rodriguez, who in her late teens rose to the challenge of taking care of her family. She became the family's mom and dad rolled into one, and what a marvellous job she has been doing for the past few years by not just taking care of her siblings but even managing to finish high school, enrol into college and working part-time as a waitress.

There has been some help from other family members as well. According to Inside Edition, the childrens grandmother moved in and looked after them. But Samantha has been the anchor that's kept this family together. "My reality [was] I'm 17 but these are my brothers and sisters, and when I looked at them, I knew that they're children. They're vulnerable and they need an adult, so I became their adult," Samantha who is now 21 told the outlet. The second eldest is Milagros who is 16 and her younger sibling is Brenda, 15. Michael is the only male among them and is 12 years old. His younger sisters are Destiny, 7 and Bella, 9. The deaths of the parents have brought the family closer like never before but they all look up to their eldest. She is responsible for providing meals and taking them to school while also helping with homework and sports practice.

Meet Samantha Rodriguez, the Florida 21-year-old who stepped up to raise her five siblings after both their parents died. https://t.co/4ndMjVMS8j

For health-related concerns, she takes them to a doctor. There were lots of things that the family could have complained about but they chose to look at the positives. Samantha revealed that she gets her strength from her mother. She said, "I get a lot of that strength from my mother I spent a lot of time with her and I admired her so much. When we lost her, I knew that I wanted to be just like her in every way. That's what I wanted to do for the kids."  While she remembers and misses her mother everyday, the youngest in the family have faint memories of their parents. "I was six when my mom passed away, so I have like memory but very short memory of her," Michael told CNN.

So beautiful!!! God bless them and the men and women of the OCSO 🙏🏼

About his dad, hel added, "My dad, he was always there to bond with me because even when he was alive, I was still the only boy in the house, so he was always there to bond with me and it was just so much love." Samantha realizes it can sometimes be hard and confusing being the only male in the house. Her boyfriend of three years helps out and takes him out sometimes. For this she says is grateful to him. Destiny was only 1 when her mom died. "I have an idea that she doesn't remember my mother at all, which is very hard for us to accept, especially how amazing my mother was and how much she loved us so much. ... It's hard," Samantha said. The family is a complete unit where one complements the other. Speaking about her elder sister, Milagros noted that Samatha "gave up basically her life to take care of us."

This is a story of the power of love & courage. Samantha is an amazing young lady and her family is beautiful. She literally saved their lives by keeping them together & out of the system. May their lives be bountiful & blessings continue to rain upon them💖💓

Milagros added, "Sam is a mom and a dad to us" according to the ABC report. "I try to give them the love that they need and the support they need, and I try to do it for two," said Samantha. Samantha was graduated late from high school at 19 years. She was in and out of school due to her family obligations. She was taking care of her parents for a long time and then she had her responsibilities towards her sisters and brother. She admits she was a bit embarrassed being the eldest even in her class. But she said completing her school education was something she needed to do to set an example to her siblings. "When I realized that I wanted the kids to finish and that I wanted them to be successful, I was like I need to give them that example and show them," she said.

❤️ 21-year-old Samantha Rodriguez opened up to @TheView about taking on the roles of mom and dad to her five siblings after losing both parents. https://t.co/wPcoRirJsH

Samantha added, "This is what makes me. It makes me so happy to be with them and to be there for them. It's very enjoyable for me."  If you want to contribute to the Rodriguez family, you can donate to a GoFundMe page started for them.