Arbery can be heard telling the officer identified as Michael Kanago that “You’re bothering me for nothing.” 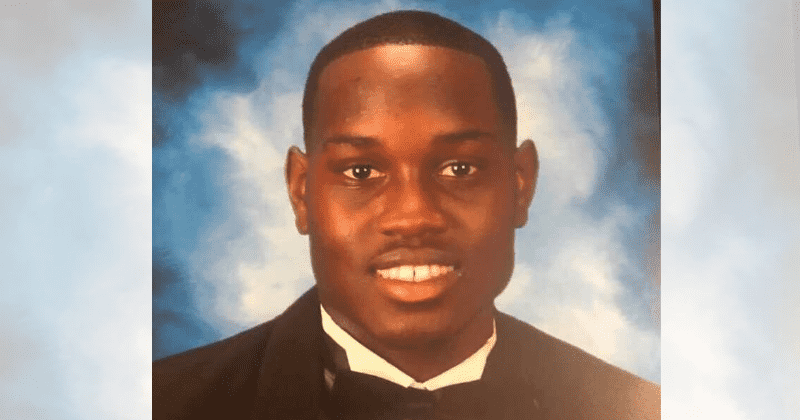 While the country is enraged over the killing of Ahmaud Arbery, a video of the 25-year-old being confronted by two cops from the Glynn County Sheriff's Office in 2017 has now surfaced. The video shows Arbery outside his car being spoken to by an officer. Arbery is dressed in a winter parka, a hat, and athletic pants. He told the cops he was relaxing and 'rapping alone' in his car and enjoying a quiet morning. The exchange soon became heated as Arbery asked the officer why he was hassling him. The cop reportedly told him that the place was used by many people to do drugs. Arbery is seen telling the cop he did not have any drugs in his car but the cop insisted that he search his car.

The video was obtained by The Guardian through a public record request. Arbery is heard telling the officer identified as Michael Kanago, “You’re bothering me for nothing.” When he said he was looking for possible criminal activity, Arbery seemed agitated and is heard saying “criminal activity? I’m in a f*cking park. I work.” Arbery nevertheless complies with all of Kanago's requests like letting him do a body check for weapons, putting his hands where it could be seen but it clearly shows that Arbery is highly irritated. Soon, a second officer who was identified as David Haney joins Kanago and he is seen aggressively pointing a taser at Arbery. He screams at Arbery and tells him to get his hands out of his pockets. Arbery complies. Haney would have tased Arbery but Kanago's report said it malfunctioned.

These Redneck Police Should Be Stripped Of They're Badges Harrassing This Man, Instead They Should Be Going After Illegal Aliens Working Illegally In The Farming, Ranching, Restaurant & Construction Industries!

Arbery is asked to stay on the ground by the two cops. Arbery is heard shouting, “I get one day off a week…I’m up early in the morning trying to chill. I’m just so aggravated because I work hard, six days a week.” Arbery is eventually allowed to leave but they forbade him to drive around since his driver's license was suspended. Asked about the video, Arbery family's lawyers told the publication, there was “no justifiable reason” for the cops to nearly tase Arbery and yet they took out the weapon. They added, “This appears to be just a glimpse into the kind of scrutiny Ahmaud Arbery faced not only by this police department but ultimately regular citizens like the McMichaels and their posse, pretending to be police officers.” The Glynn County Police is facing a lot of heat for a number of failures.

For one, the McMichaels were not arrested or charged for the killing that took place back in February. It was only after the video was leaked to the public leading to considerable public pressure that led the authorities to finally arrest and charge them nearly three months after the killing, according to report. It was the Georgia Bureau of Investigation in association with the D.A's office who took over the case from the Glynn Police. Even the prosecutor George Barnhill wrote a letter that justified the killing. He finally recused himself from the case but a letter written by him to the police highlighted Arbery being indicted on charges of taking a handgun to a high school basketball game some 6 years ago and being convicted in a case of shoplifting and violating probation in 2018.

Police attempted to use Taser on Ahmaud Arbery during a 2017 incident in Georgia https://t.co/7j1jFUGQlR

Additionally, The Guardian report also highlighted the Glynn County Police being involved in a number of corruption scandals. In March, the department's chief and three other high officers were indicted on perjury charges. This was related to a charge that one of their officers was consorting with a local drug dealer and evidence was also presented of the same but nothing was allegedly done. In 2019, a specialist narcotics department was disbanded when it found an investigator had sex with two confidential informants. Evidence of misconduct was there since 2017 but the department again failed to investigate. The department also lost certifications with two law enforcement bodies - The Commission on Accreditation for Law Enforcement and the Georgia Association of Chiefs of Police in 2018.