Kayden John Stuber died on the way to the hospital in Greenville, South Carolina, where he and his family are from. 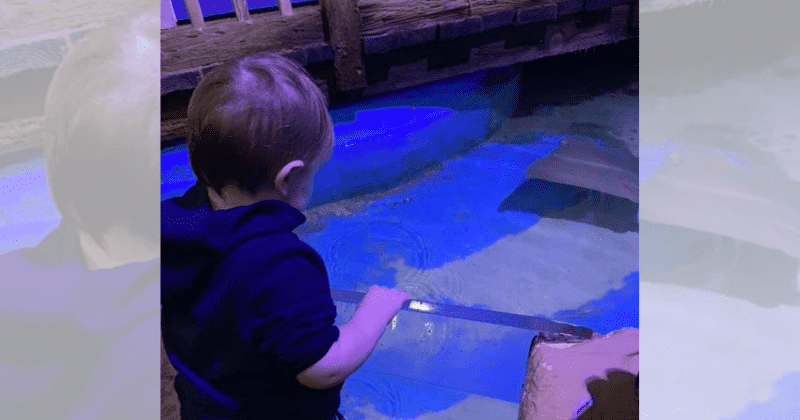 A tragic case in South Carolina where a 2-year-old child shot himself with his grandmother's revolver is a lesson in keeping an eye on kids at all times. The incident involved a baby named, Kayden John Stuber in the city of Greenville, South Carolina.  The child had found the gun in her grandmother's purse on Thursday and shot himself accidentally while playing with it. Although he was immediately rushed to the hospital, he died on the way there.

According to an ABC News report. Kent Dill, the Greenville County Coroner said, “Apparently he went into the grandmother’s purse that was sitting on the bed and in some way retrieved, was handling the gun when it discharged,” Greenville County Coroner Kent Dill told ABC News. Per a report in USA Today, the child was being looked after by his grandmother, Bekki Gunter, and his aunt, at the time of the incident.

In fact, they were the primary caretakers of the child and Gunter had even quit her job to take care of Kayden. The incident took place when Gunter and Kayden's aunt had just got back from an outing. Gunter had gone to use a bathroom and during her brief absence the child shot himself. He had apparently found his grandmother's purse that was kept in the same bed he was also kept on.

He figured out a way to unzip the purse and took out a teal-colored Glock pistol from its holster, presumably played with it for a while thinking it was a toy before pointing the gun in his direction and pulling the trigger. Tim Gunter, Kayden's grandfather said that he and his wife have trained in firearms safety and also possess a concealed weapon permit. Tim added, “It was in her purse, zipped and sealed. You would never think he’d be smart enough, but he actually is.”

The weapon has been confiscated by the police and the child's family are being questioned by them. The Greenville County Sheriff’s Office and the coroner’s office is presently investigating the case. No charges have been filed so far, however, many want the family to be held accountable for the incident and want charges to be pressed against them. According to a report in Scarry Mommy, Shannon Watts, founder of Mom's Demand, a non-profile called for charges to be filed in relation to irresponsible gun ownership.

A South Carolina toddler died after shooting himself in the head with his grandmother’s gun. Two-year-old Kayden John Stuber of Greenville apparently found the gun in a handbag Thursday afternoon, according to a report. The boy died on the way to https://t.co/pxDbDSDugD

She further said the incident was  “preventable" and called it "a senseless death. An emotional Tim said about his deceased grandchild, “The first thing you’d hear when you wake up, you’d hear him pitter-patter right in my room, ‘Grandma? Papa? She would have him in the morning until he went to bed, basically."  A GoFundMe Page started to fund medical expenses for Kayden read, "Our beloved Kayden’s passing was very unexpected and any donation will be appreciated by Kayden’s bereaved family."

It added, "We ask for you to please keep the entire family in your prayers and respect their privacy during this difficult time. A good bit of Kayden's funeral arrangements has been donated so the money we can raise on this GoFundMe page will be going directly to the family to cover medical expenses and other expenses that they have come across due to this tragic event." The page has raised over $8000 and surpassed the goal of $6000.