2-Yr-Old Dies After Sexual Abuse By Mom And Boyfriend. He Had Fractured Skull, Bleeding Rectum

The boy's body was covered in bruises and there were also injuries on his eyes and mouth. 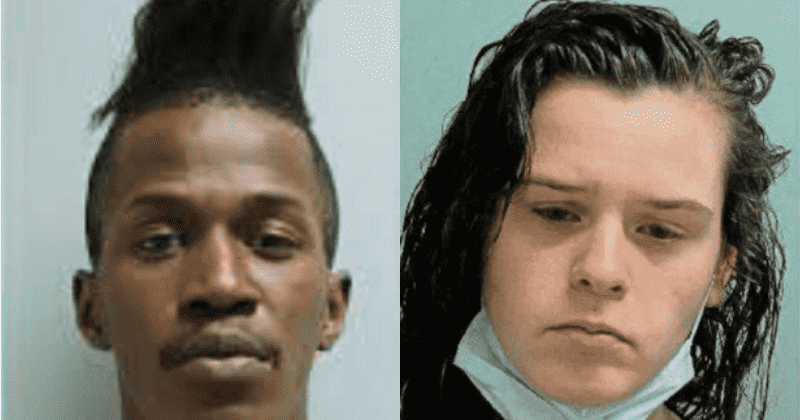 A 2-year-year old boy in Pennsylvania died after being beaten and sexually abused by his mother and her boyfriend. When he was initially brought to the children’s hospital in Pittsburgh, doctors found severe injuries on the boy -- a fractured skull, a brain bleed reporters CBS local. This was in March. The boy's body was also covered in bruises and there were injuries on his eyes and mouth. They also found he had been sexually abused and there were a number of other injuries including bleeding at the rectum. The boy died from his injuries early last month. The abuse was found when the police received a 911 call from the boy's home on Fifth Avenue in New Kensington about him being unresponsive. He was then rushed to the hospital where he stayed till he died a month after being admitted to the hospital.

According to a WXPI report, the boy named Mikel Fetterman was staying with his mother, 23-year-old Teresa Fetterman and her boyfriend Keith Lilly Jr, 31. Teresa was first arrested and charges were framed against her soon after the abuse was found. These included involuntary manslaughter, aggravated assault, and endangering the welfare of a child besides others. Teresa said her son was in Lilly’s care on the night the police were called. Lilly Jr was arrested on April 3 for various charges such as aggravated assault, endangering the welfare of children and recklessly endangering another person. He had initially told officers the child fell off the couch. He also said he had given the boy Tylenol and then found him not breathing before he called 911.

But doctors at the hospital said the boy had been a victim of abuse for a long time since there were both old and new injuries as a result of physical trauma and sexual abuse. According to another report in CBS Local, the boy was unresponsive when he was taken to a hospital.  Shannell Felton, a neighbor of the family said she knew the deceased boy well. “He’s loving, shows a lot of care, just a kid, just a 2-year-old little boy,” said Felton while adding about the abuse that he suffered, “That’s sick. That’s really sick.” She and other residents of the apartment complex where the boy and his family stayed had noticed the injuries. In fact, they had even contacted the Westmoreland County Children and Youth Services, but their claims were not taken seriously and no official came to investigate their complaint.

Dozens gathered for a candlelight vigil to remember Mikel Fetterman, the little boy who died from injuries allegedly caused by his mother’s boyfriend.

Felton added, “The bruises and blacks eyes, like, we’ve seen and all that, that’s not acceptable. I, like, tear up literally all day. That’s all I think about”. Lilly Jr's mother denied her son’s involvement in the incident. An initial amount of  $250,000 bond was set for Lilly Jr's release. While $50,000 was the bond amount for Teresa. According to a report in Post Gazette, Lilly Jr is also facing homicide and sexual assault charges. His preliminary hearing is scheduled for July 9. He and Teresa are at the Westmoreland County Prison. We had reported of a similar case of a 2-year-old boy brought to a hospital in Allegan, Michigan with several injuries, early this month. He was brought in by his mother and her boyfriend.

"They said it looks like a guy basically took his fist and started beating his head with his fist," David Holmes, Kayden's father, said.https://t.co/LEgZvSyq8x

The child named Kayden Blackmer had fractured ribs, a skull fracture, a collapsed lung, and a brain bleed and it looked like someone had beat him with his 'fists', according to police authorities. The child had to be airlifted to another hospital but was not able to survive the ordeal. Blackmer's 11-month-old sister named Rosalee was also found to have been abused as she had bruises on her cheek, skin, and a rib and head fracture that was in the process of healing. The police suspect the mother's boyfriend's for the abuse of both children and the death of the boy child. The investigation is still underway.