Bairon Alexander Zapata suffered serious injuries and was pronounced dead at the scene. 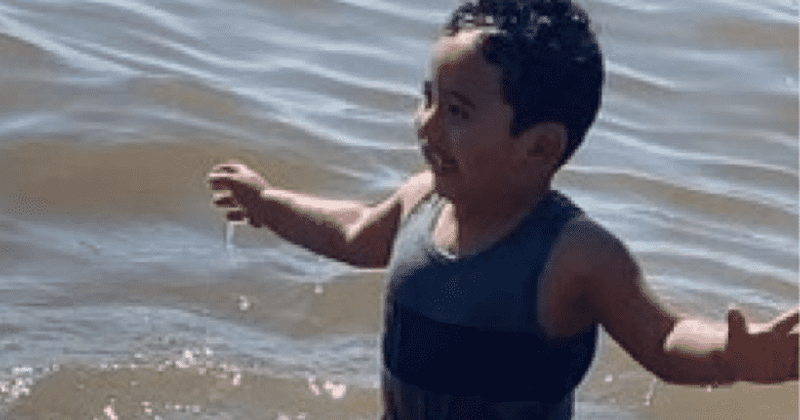 Trigger Warning: The story is about an accidental death of a child that readers may find distressing

A 2-year-old boy in Virginia was accidentally run over by his father's car while the man was backing in their home's driveway. Bairon Alexander Zapata's death was witnessed by his sister, who was near the driveway. The incident took place on June 7, with police reaching the home at around 6.43 p.m., according to a release by Fairfax County Police. They found the boy had suffered serious injuries. Emergency services pronounced him dead at the scene. "Detectives determined the boy’s father was backing his 2005 Ford F350 out of the driveway when he discovered his son was struck by the truck. Detectives from our Crash Reconstruction Unit continue to investigate the circumstances that led to the crash but do not suspect foul play. Alcohol was not a factor," noted the statement.

2-Year-Old Boy Dies After Dad Accidentally Runs Him Over: 'I Didn't Realize When He Came Out' https://t.co/Mcu7zXVxRo

According to NBC, the boy's father, Byrol Zapata, said in an interview, he was in his 2005 Ford F-350 and had left his son inside the house. "I put him inside and told him to stay inside, and he said, 'OK, Daddy.’ But I didn't realize when he came out again. When the truck accident happened it was too late,” he said. The victim's mother, Kelly Castillo, said her 4-year-old daughter witnessed the accident. A day before his death, Bairon had spent the day with his father and family by a river.  “He was always happy. When we were around him, he would say, ’Why are you serious? I came to play with you all,’” said his aunt, Iris Zapata. The family, while devastated, is appealing to other families to not make the same mistake they did. "Please take care of your children," Zapata said.

Prayers to his family ❤

A GoFundMe page was also started for the boy by the victim's aunt, Monica Gudiel. "Our hearts are heavy to announce the tragic passing of little Bairon Alexander Zapata Castillo. Tonight, my cousin/sister Kelly Castillo and her husband Byron mourn the loss of their two-year-old son. His sister awaits tonight for her little brother to hug her once more. A parent should never have to go through the pain my cousin/sister and her husband are going through losing their toddler in a very tragic way," she wrote on the page. The page has so far collected over $19,000 since being started two days ago. The goal is to collect $40,000. "My nephew was full of life; he was always laughing and captivating many hearts. He impacted many lives with his smile and way of being (such a sweetheart) in his short life," she added.

"I put him inside and told him to stay inside, and he said, 'OK, Daddy.’ But I didn't realize when he came out again,” a Virginia father said through sobs a day after he accidentally hit and killed his son while backing out of the family’s driveway https://t.co/a2229NSxFp

The page read further, "We are left tonight with countless memories that we will hold on to forever. We are asking the community to help put our little one to rest. Any support will help us give Bairon a proper burial. We thank you so much for your thoughts and prayers during this challenging time. Our hearts remain broken as we grieve this tragedy." Despite police ruling it as an accident and not a result of foul play, they've still asked people with knowledge of the incident to come forward with any information pertaining to the case. People can contact the department's Crash Reconstruction Unit at 703-280-0543 or submit anonymous tips through Crime Solvers by calling 1-866-411-TIPS (866-411-8477), or by text – Type “FCCS” plus tip to 847411.

"Anonymous tipsters are eligible for cash rewards of $100 to $1,000 dollars if their information leads to an arrest," added the statement.