Babysitter Googles 'Sudden Urge To Beat A Child That's Not Yours', Then Beats 2-Yr-Old To Death: Report

Kirstie Hannah Flood, 29 searched on her phone for "what type of people enjoy abusing other people’s children" and "what does it mean to have a sudden urge to beat a child that’s not yours" according to a warrant 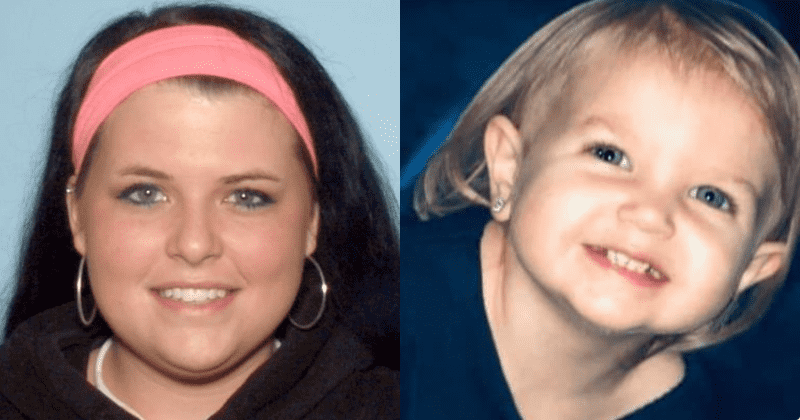 Trigger Warning: The story has details of child assault and death that readers will find disturbing

A cruel babysitter in Georgia has been charged with the murder of a 2-year-girl she was babysitting. Investigators believe 29-year-old Kirstie Hannah Flood allegedly beat the child to death, Fallon Fridley, at the victim's home in Atlanta reports WSBTV. Flood looked up the internet with search queries like: "what type of people enjoy abusing other people’s children" and "what does it mean to have a sudden urge to beat a child that’s not yours" according to the arrest warrant. According to The Sun, the child suffered a massive skull fracture and lacerations to the liver, spleen, and colon, the warrant added. Flood had been the victim's babysitter since August and was also a friend of the family. The police received a call about an unresponsive toddler on December 9. Flood also called the child's mother where she was hysterically crying.

#KirstieFlood, a babysitter in Georgia, has been arrested and charged with murdering 2-year-old #FallonFridley. https://t.co/Xh0FsdJjwl

Flood said Fridley had hit her head on a slide at the playground. The child was rushed to Children’s Healthcare where she was pronounced dead. Doctors said the injuries were not consistent with the Flood's explanation. An autopsy revealed the child "suffered severe injuries that resulted in her death during her care by the suspect" according to The Sandy Springs Police Department. In their statement, they stated that Flood had been arrested following a homicide investigation into the case. The arrest was made two days after the incident. Flood has been charged with "Felony Murder (2 counts), Malice Murder (1 count), Aggravated Battery (1 count), Cruelty to Children, 1st Degree (1 count)" the department added. She has had numerous problems with the law before.

“She was just the light of my life, the love of my life. This girl was gonna be the next president. She was gonna be a doctor,” said the victim's mother Kristin Fridley. She was also shocked to find out that it was Flood, who she'd been friends with for 5 years, was responsible for her child's death. She added, “It’s like this evil was in front of my face for years and I never saw it.” Friends of the suspect said they’re shocked. "She loves children. Her children are her whole world. She posts about her children every single day. She’s an amazing mom. She would never hurt a child," said her friend Sheri Travis.

A GoFundMe page started for the family described the victim as "a beautiful little girl with her whole life ahead of her. She was only two years old. It is so hard to make sense of her cruel, tragic and untimely loss. Our hearts are broken for Kristin and her family and we grieve with her right now."

UPDATE: Babysitter arrested in beating death of Sandy Springs toddler. Investigators searched her phone and found internet searches for “what type of people enjoy abusing other people’s children," according to a warrant obtained by Channel 2 Action News. https://t.co/M26m8L0c3I pic.twitter.com/xTfxXyfpz8

Kristin works for the Furkids Animal Rescue and Shelters. The organization's CEO, Samantha Shelton, said about the case, "This is just a horrible, horrible nightmare. This is not real. It’s one thing to lose your child to an illness or an accident you can’t control, but to have someone you knew and trusted harm your child, kill your child. It’s going to be a long road to recovery. Our hearts are so heavy.” The fundraiser page added, "Kristin works so hard every day saving the lives of the most at-risk animals in our community. She of all people doesn't deserve to experience this tragedy. We don't have the answers but we know we want to do something to help her as she makes plans for her baby girl's funeral and pays for hospital expenses for a child that will not be coming home."

That's what I'm saying! In the Google search she made a point about it Not Being her kid like it would be ok if it was her own child? Nah

It stated further, "We want to support her as she rebuilds today and learns to live a new life in the days to come. We don't want her to worry about having the funds to take care of a funeral, medical expenses or anything else that comes up." So far $31,366 of the $50,000 goal was already collected as of Wednesday. The police have urged the public to contact them about the case in case of any information. People have been asked to contact Sandy Springs Police Detective Delaney WDelaney@SandySpringsGA.Gov or by calling 770-551-3313