Baby Oaklynn Koon seemed to be fine initially, but her health declined and tests revealed she had suffered brain injury. 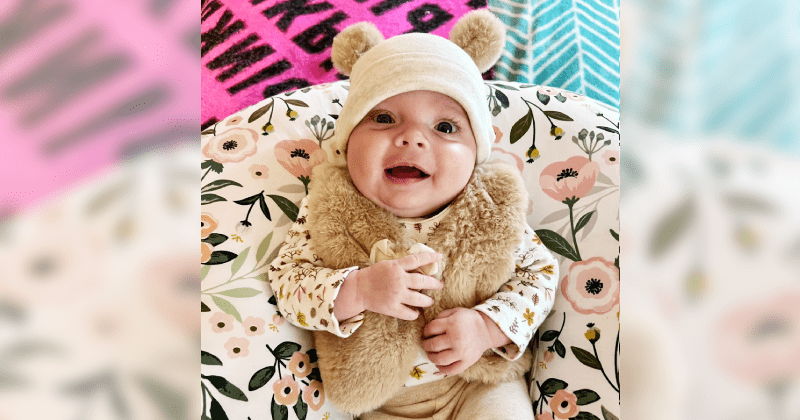 A two-month-old baby died after sustaining injuries from the deadly tornadoes that swept through Kentucky. Baby Oaklynn Koon and her family were flung from their bathroom to a neighbor's patch by the strong winds, causing brain injury to the baby. The two-month-old baby is the youngest victim of the tragedy that Governor Andy Beshear described as "the worst tornado event" in Kentucky history. Baby Oaklynn Koon had initially survived the storm but she developed complications from internal bleeding and swelling in the brain, reported PEOPLE. The tornadoes had also swept through Arkansas, Illinois, Missouri, Mississippi and Tennessee last Friday and Saturday. The Governor held a press briefing confirming that 74 people had died from the disaster, including twelve children.

As the tornado approached, Douglas Koon and his family had taken shelter in a bathroom in his mother-in-law's home. Aware that his 2-month-old baby was at most risk, he strapped Oaklynn in a car seat. "We felt it was more protection for her," he said. Douglas and his family held onto each other as the tornado neared. "My poor babies. Nothing is more scarier than knowing a tornado is heading your way and hearing your kids freaked out and thinking we are going to die," recalled Douglas later in a Facebook post. The tornado smashed their home to the ground and sent them flying to their neighbor's patch. "It just picked us up and threw us around and landed us on the other side of the neighbor's house," said Douglas, adding that he felt "helpless in protecting my kids against it." You really never think you would be the one that goes through something like this," he wrote.

Douglas, his mother-in-law, wife Jackie, 11-year-old son Bentley and 4-year-old son Dallas were buried in the debris. They were shaken but suffered no visible serious injuries. Apart from a few cuts and bruises, they were all fine. They were treated at the hospital for the same. The family was worried for Oaklynn but she only seemed to have suffered a few bruises. The doctors wanted to make sure she was okay and checked her heart rate, blood pressure. They were all normal. There was nothing unusual about her X-ray and CT scan as well, reported WHAS11. Later in the day, her health took a turn for the worse. Another test revealed that she had suffered a brain injury resulting in internal bleeding. The doctors put the 2-month-old baby on life support but informed Douglas that she would be brain dead from the injuries soon.

Douglas and his wife Jackie were heartbroken. Douglas didn't want to see Oaklynn suffer anymore and asked the doctors to remove her from life support. "I don't want to see my child suffer any longer than they have to because of me just trying to hold on to something that's not there," said Douglas. "I'm grateful to have at least two months. She was the cutest baby ever and had the biggest smile and most beautiful eyes." Her grandmother was heartbroken on losing Oaklynn. "She was a beautiful little girl and would have grown up to be awesome," she said.

A friend of the Koon family started a GoFundMe campaign to help them with expenses and to rebuild the home. The campaign has raised over $110,000, crossing the $60,000 goal. Douglas was shaken by the tragedy. "My heart goes out to Dawson there are so many other people that are in need. This type of stuff makes me lose my faith because why would this tragedy happen. Why? I felt like I failed my baby and couldn’t protect everyone," he wrote on Facebook. "At least I know who will be watching over you up there for me. My dad. God this doesn’t seem real."

More than 1,000 properties were destroyed in the tornado, said Beshear Monday. More than 17,000 homes and businesses remained without power as of Monday, reported USA Today. The Kentucky Emergency Management Director Michael Dossett said the electric grid in the town of Mayfield could take weeks to months to rebuild. Governor Andy Beshear addressed the public on Tuesday “If there’s good news, it’s that our death count has not gone up since yesterday — and that is good news,” he said, reported Washington Post. More than 100 people are still unaccounted for.

This is a developing story, and we’ll update as we learn more. Information about the Kentucky tornado is swiftly changing, and Shared is committed to providing the most recent and verified updates in our articles and reportage. However, considering the frequency in developments, some of the information/data in this article may have changed since the time of publication.